After I returned home and was reading through my local Warren Weekly newspaper, I saw an article titled League of Women Voters 1919 Tea Fundraiser.  Of course that piqued my attention.

The light, informal tea was held on Saturday, April 27th at 1:00 o'clock, sponsored by the Macomb County Chapter to commemorate the 100th Anniversary of the passage of the 19th Amendment by Congress in 1919, guaranteeing all American women the right to vote.  Michigan was one of the first three states to ratify the amendment.

It's so easy to take that hard-fought right for granted.  Occasionally we need to to reflect on what the suffragettes went through to make women's voting rights possible, lest it's forgotten. 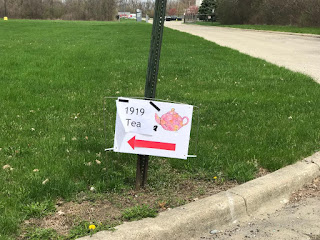 My girlfriend, Sandy, attended the tea with me.  We were one of the first to arrive, but by 1:00 o'clock all the seats were filled. 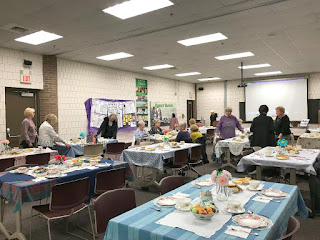 Fresh fruit, cheese and crackers, and an assortment of cookies and tea bags made up the tea-time offerings. 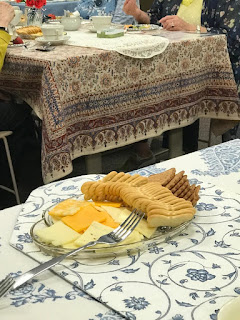 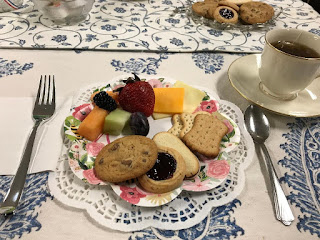 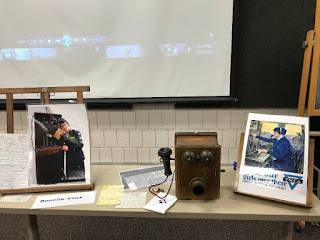 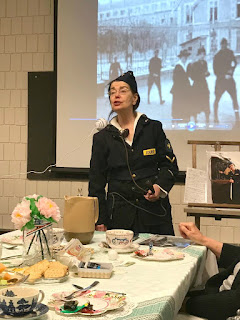 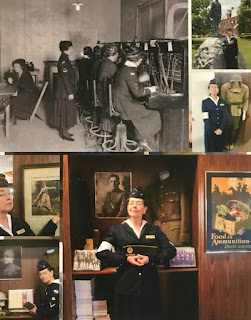 Lois did a great job portraying Oleda Joure Christides.  I had never heard of the "Hello Girls" of W.W. I so I found the program very interesting and informative.

In 1917 the U.S. entered World War I.  The Signal Corps Female Telephone Operators Unit was formed when General Pershing made an 'emergency appeal' [via U.S. newspapers] for communications on the Western front to be improved.  He needed the men in the field rather than operating a switchboard which they had difficulty doing. Women, he said, had more patience and perseverance to do long, arduous detailed work.  Over 7,000 women applied, but only 450 were accepted.  Many were former switchboard operators or employees of Bell Telephone or other telecommunications companies, and were bilingual in English and French.

Oleda was one of the operators accepted.  The women had to complete boot camp training at Camp Franklin in Maryland, wear U.S. Army uniforms [which they had to pay for themselves], be subjected to Army regulations, and work in village sheds and barns in less than ideal conditions and dangerous locations. Yet when the war ended, they weren't allowed to march in the victory parades, or receive an honorable discharge or veteran status, because they were considered civilians employed by the military.  What a great injustice to these women who made sacrifices for the cause of victory and freedom.  Later they were acknowledged as America's first women soldiers.

They were tenacious women and persevered for the recognition they deserved.  They petitioned one president after another, from Franklin Delano Roosevelt in the 1930s to Jimmy Carter in the 1970s.  Finally, in 1978, six decades after the war ended, on the 60th anniversary of the end of W.W. I, Congress approved Veteran Status/Honorable discharges for the 70 "Hello Girls" who were still living, which included Oleda.

I hope this brief synopsis about "Hello Girls" is as interesting to you as it was to me.

I bought the book below to read before my upcoming presentation, as well as a Votes for Women teapot.  It'll make a cute and interesting prop/visual. 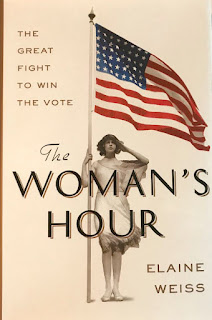 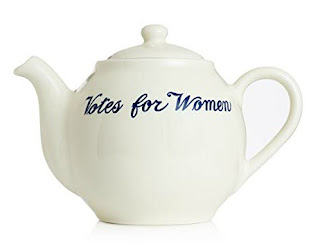