This post will complete our StarLine bus tour of Los Angeles and surrounding areas, and the end of my California trip series.

There's LOTS of famous shopping areas in L.A. and Danny showed us a few:  The Grove, not far from the Farmer's Market - supposedly a good place to spot a celebrity. 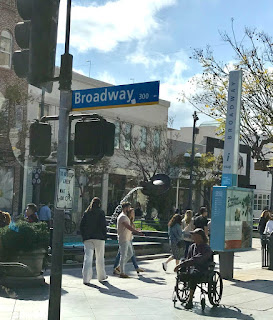 Melrose and Fairfax Avenue where entertainers, wanna be entertainers, and millennials shop for unique clothing [vintage, Gothic, Punk, etc.].  It has an eclectic mix of shops from thrift stores to high-end designer shops, so it's both posh and funky. 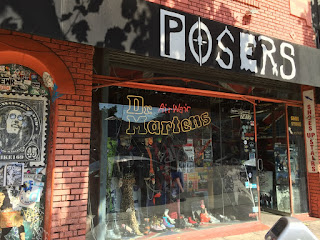 Then we got on the freeway bound for Santa Monica - an independent city with about 90,000 residents.  We drove by the Promenade shopping district which is the equivalent of the Grove in L.A., and the Santa Monica Pier built in 1909, which includes Pacific Park - a mini amusement park with food stands and rides. 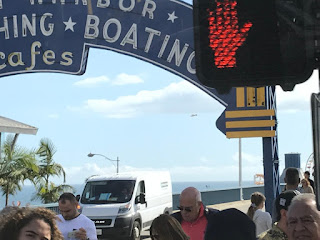 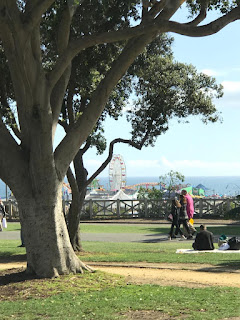 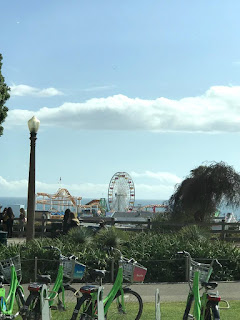 Malibu was next, a few miles north of Santa Monica on Pacific Coast Highway.  Then on to Venice, a beach resort town founded by Abbot Kinney in 1905 with land he won in a coin toss. 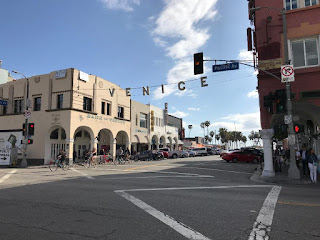 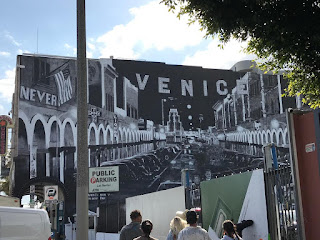 As you approach the beach you see funky shops, street performers, and murals on buildings. Skateboarding was invented in Venice, so Danny parked the bus by the skateboard park and Muscle Beach outdoor gym.  We saw some skateboarders, but I didn't photograph them. 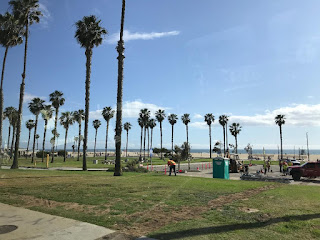 Abbott Kinney sought to develop Venice as an American version of the Italian city.  It took eight years to build the canals in Venice by a man from Italy.  The canals still exist and are lined with multi-million dollar houses.  Danny did a quick stop so we could photograph the canals. 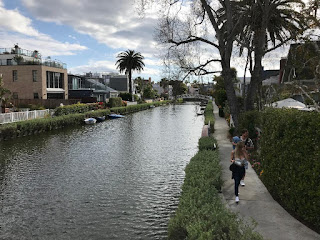 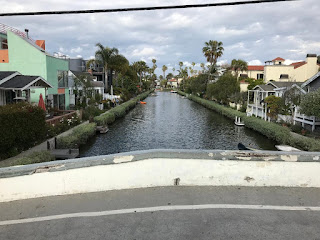 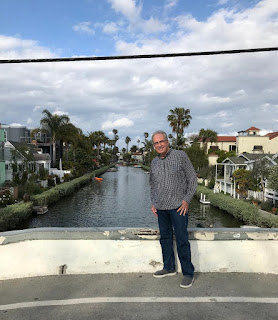 The last place to see on the tour was Marina del Rey - the largest man-made marina in North America with 5,000 boat slips.  Sorry no pics.  I took photos of a couple other marinas on the trip and posted them.  If you've seen one marina, you've seen them all.  ;-)

Danny dropped us off at our hotel after a very enjoyable tour.  We checked out of our hotel early the next morning so we could return our rental car and catch a shuttle to LAX airport for our return flight home.   We put over 500 miles on our rental car and were glad to come back to Michigan's gasoline prices that are about $2 a gallon cheaper!

LAX was bustling with travelers - much busier than Detroit's Metro when we left. 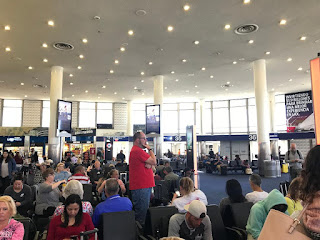 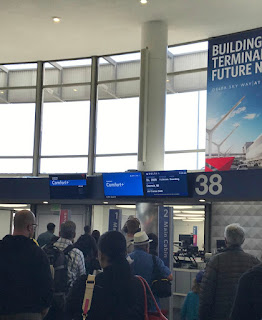 It was a wonderful trip to the Golden State with memories that will last our lifetime, but to quote John Howard Payne: "...Be it ever so humble, there's no place like home..."

Posted by relevanttealeaf at 9:01 PM