Back in the Saddle Again

Gene Autry co-wrote and sang his signature song, 'Back in the Saddle Again' before I was even born, but it seemed like a good title for today's post, because while I've been blogging about my wonderful California trip, lots of life has been happening on the homefront, and it's time to get you caught up on that.

I took one day to get acclimated to the 3-hour time difference and resuming household chores, then went back to work at the Whitney on my second day home.  I was happy to be making and pouring tea again and greeting Afternoon Tea guests.

We had a bag-load of mail to collect from our kind neighbor who picked it up for us each day while we were gone.  A very nice surprise was in the mail.  I won a giveaway from Friendship Tea blog written by my friend, Linda J.  I was so excited, and couldn't wait to sit down and go through it over a cup of tea!  It's a beautiful book.  Thanks, Linda! 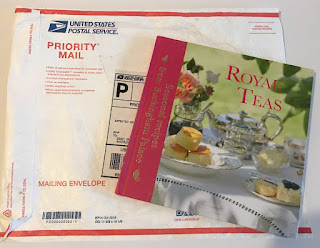 April and May have provided many opportunities for the British Royal Family to celebrate over tea.

It began with Queen Elizabeth II celebrating her 93rd birthday on April 21st.  She's such an amazing lady!  She doesn't look or act like she's 93.  Long live the Queen!  Hopefully at least as long as her mum did - 101 years old! 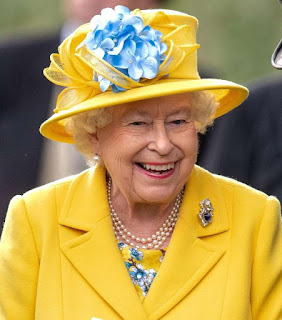 Prince Louis, third child of William and Kate [Duke & Duchess of Cambridge] celebrated his first birthday on April 23rd [too bad he didn't make his appearance into the world on Great-gran's b-day]. 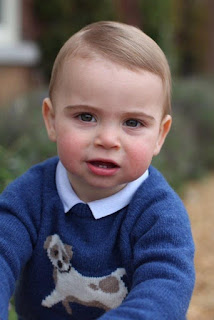 William and Kate celebrated their 8th Wedding Anniversary on April 29th.  It doesn't seem possible eight years have passed since we sat glued to our television sets to watch the nuptials.  Kate was such a beautiful bride. 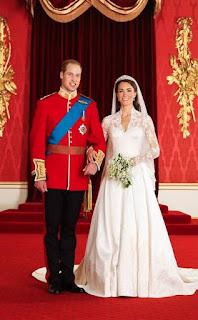 Princess Charlotte, their second child, celebrated her 4th birthday on May 2nd. 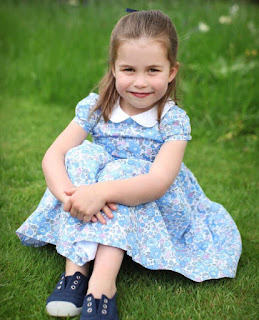 And last but certainly not least, Prince Harry and Meghan Markle [Duke & Duchess of Sussex] became parents of a son yesterday.  The Royal Family has barely been able to catch their breath from all their celebrations! 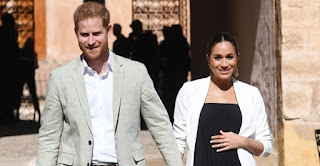 Meanwhile, when I wasn't working at The Whitney, I was sitting at my computer preparing for my presentation at Shore Pointe Assisted Living's monthly tea on April 28th.  I decided to talk about something I've come to know very well - The Whitney Mansion and the family that once occupied it.

A planter sits by the entrance to Shore Pointe reminding us that spring is here - at least on the calendar if not the weather! 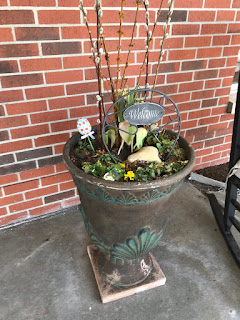 I had a photo of The Whitney enlarged and mounted to a poster board as a visual for the presentation. 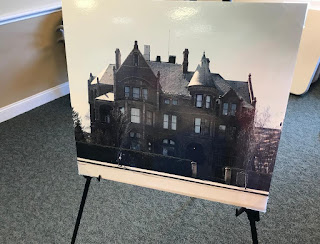 David Whitney, Jr. made his fortune as a lumber baron.  I always take the residents a treat that coordinates with the subject of my presentation.  April was a bit of a challenge.  I told the residents they were really going to have to use their imagination, because the only thing I could come up with a few days after returning from my trip was Little Debbie Swiss Rolls. 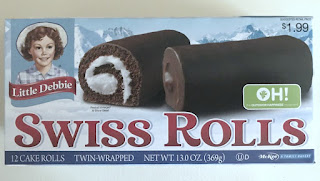 They sort of look like logs on a barge floating down the Detroit River, don't you think?  ;-) 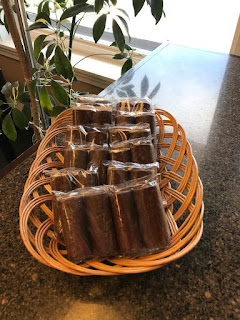 Next month's theme is Women in History, highlighting Suffragettes and W.W. I 'Hello Girls' [telephone operators] that was inspired by a tea I attended the day before [April 27th].  Tomorrow's post...

Posted by relevanttealeaf at 10:09 AM