I wish blogs had sound effects so this post could be accompanied by a drum roll - it's my 1,700th post!

Recently, a follower of my blog sent me a Facebook invitation to attend the third annual Clara Ford Tea held at the historic Ford Piquette Avenue Plant.  Built in 1904, the plant is the birthplace of the Model T Ford, and is now a museum housed in the three-story brick factory.  Thanks, Jan for the heads-up! 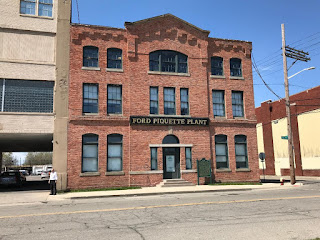 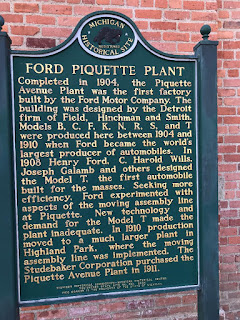 We opted to take the interesting freight/all-purpose elevator up to the third floor where the tea was held.  We were greeted by a welcoming couple who checked our names off the list of attendees and told us what table we had been assigned to. 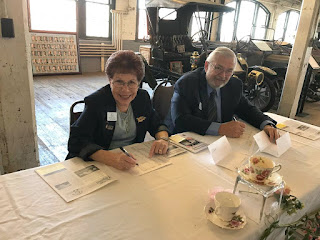 Since the building is now a museum, antique cars can be viewed on all the floors and are visible in many of my photographs. 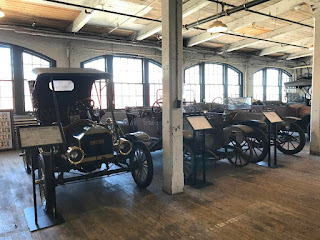 Two plaques were near the elevator. 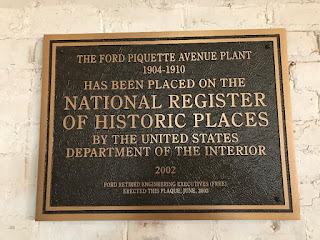 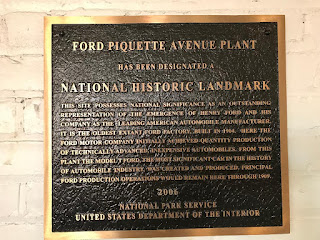 ~ The theme of this year's tea was The Spirit of Nursing ~ 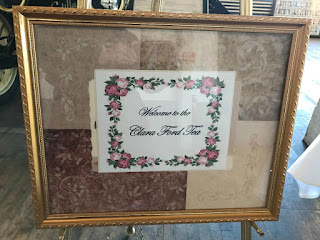 The program booklet is pictured below.  Clara Ford is standing front center wearing a black suit surrounded by a graduating class of nurses. 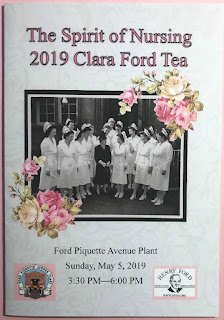 Everything was all set up and ready for the tea when we arrived.  The plant/museum is also a wedding venue.  Not my cup of tea for a wedding, but millennials usually go for the non-traditional.  ;-) 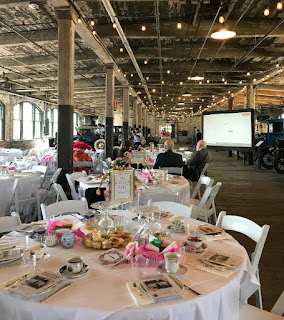 ~ The screen was ready to incorporate PowerPoint into the program. ~ 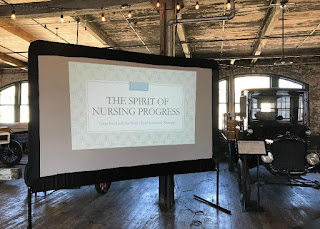 The harpist was waiting for her cue to begin playing. 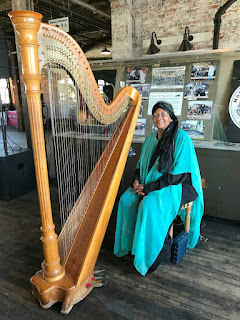 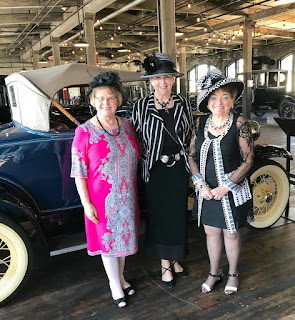 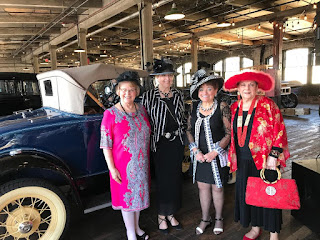 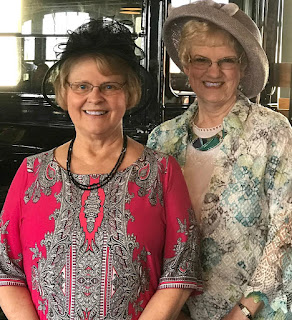 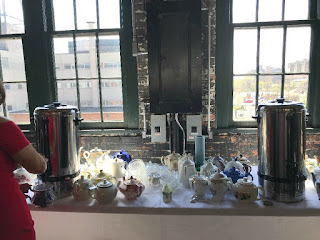 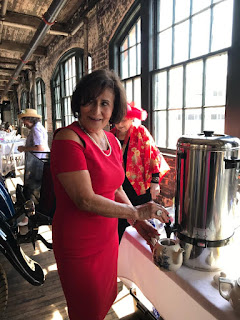 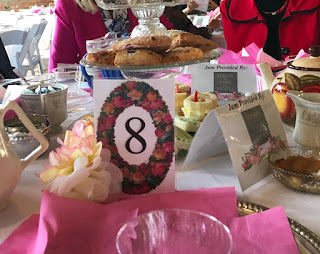 And we met two nice ladies - Toni and Theresa - assigned to table 8 too.  They both work at Dearborn Village - a retirement and assisted living community. 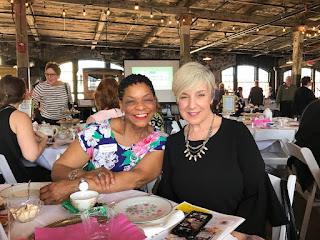 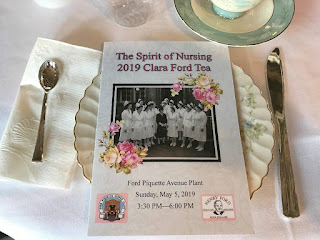 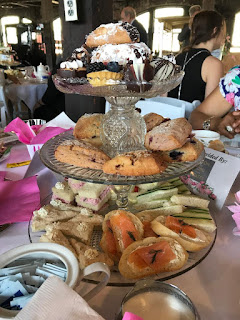 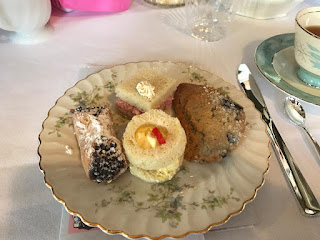 An assortment of tea bags were on each table along with teapots of hot water.  I chose Earl Grey tea by Stash. 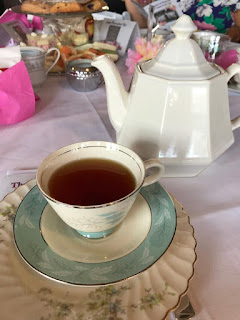 The program presenter was Julia Pope who shared Clara's influence in the development of the Henry Ford Hospital School of Nursing which began in 1925 and went until 1996.  In the 71 years of operation, more than 5,000 students graduated. 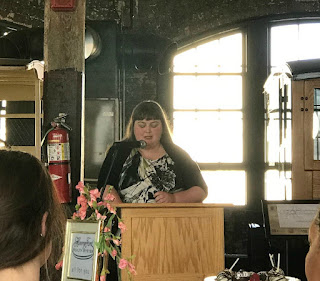 Of course I had to capture the PowerPoint picture of nurses having tea.  Clara's portrait is hanging above the fireplace mantel.  It's as though she's looking down on them with approval.  Clara liked tea and hosted teas for the nursing students. 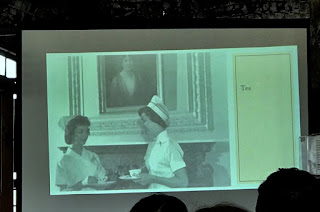 I found it interesting in my research that Henry Ford gave 33% of his income to philanthropy when most people in his income bracket gave 5%.

He believed charitable giving should be a private and individual act, one that was spontaneous on the part of the giver, unanticipated and unsought by the beneficiary, and a gratuitous gesture without any element of calculation.  But there were some exceptions due to the size of the gift and the strategy for its use.  One in particular was Henry Ford Hospital in Detroit, which was Henry and Clara's largest philanthropic endeavor.

In 1914 Detroit residents started a campaign to build a modern medical facility. Construction began, but stopped when it was half-completed due to indebtedness.  Henry completed the project with his own funds, served as the first President, and throughout his life gave about $14 million to its cause.  Today it remains one of Detroit's largest hospitals.

It was a lovely tea which we enjoyed attending, and I noticed The Whitney was one of the sponsors.

Posted by relevanttealeaf at 9:24 PM