It's been a few days since I've posted, so I'm checking in to let you know all is well.  Life has been busy with the office renovation, but it's pretty much completed now, except for the window treatment.  I ordered two valances from J.C. Penney [pictured below], but when I hung them they weren't full enough.  When I went back to order one more, they were out-of-stock and the associate said she didn't know if they'd restock them.  So I returned them and ordered different valances from WayFair [which I like much better even though they were twice the price!], but they won't arrive until next week.  The pic below is before we added the wall décor.  I'll post more pics when the room is completely finished. 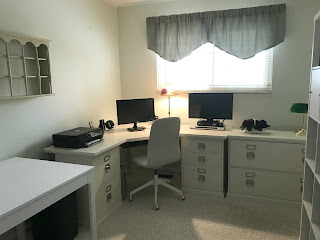 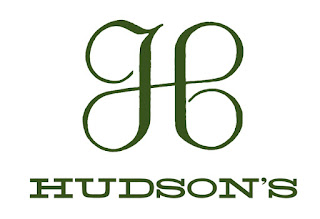 Yesterday, I met with a 91-year-old former J.L. Hudson's employee [Detroit's iconic - now defunct - department store] who worked in the sign and window display department.  His mind is still very sharp, and he still lives alone, drives, and leads a very active life.  We talked for two hours as he told me about his 21 years of employment with Hudson's.  He was hired in 1948 and left when they merged with Dayton Co. in 1969.  He said there was no better job or place to work than Hudson's.  What a fun two hours!  He didn't want me to take his picture or publicize his name, so I'm honoring his request.  When I asked him his favorite food served at one of Hudson's eateries he responded without batting an eye, "Canadian Cheese Soup," but quickly added, "All their food was good."

When I lifted the bedroom window shade this morning I saw snow on the ground!  It's just not right to have snow in April! Fortunately, it's all melted now as the temperature has climbed to 40 degrees.

My hubby and I went to an estate sale at 8:00 a.m., one street over from our house.  In the publicity photos I saw gloves, hankies in a vintage box, Queen Elizabeth II memorabilia, and a Corningware teapot. I received the teapot for a shower gift when I got married, but since I wasn't into tea back then, I gave it away.  I like that it can go on the burner during power outages when electric kettles don't function.  I have a presentation next month about hankies, gloves, parasols and fans, so I wanted the gloves and hankies/box for that.  A partial S.S. Kresge sticker is still on the side of the box which is another memory from times past.  The purses are for my purse presentation at the assisted living facility on 29th of this month. 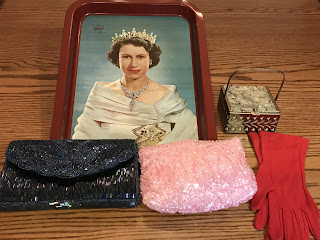 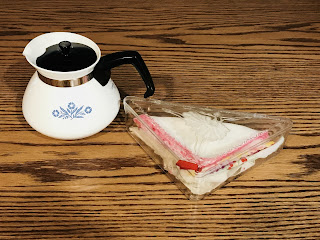 When I got home from the estate sale, the stuffed Gunn Peter Rabbit bunny I ordered for my Beatrix Potter presentations was waiting on the front porch.  Isn't he cute?  Someday my kids are going to have to have an estate sale for all this 'stuff' I'm accumulating for my presentations.  ;-) 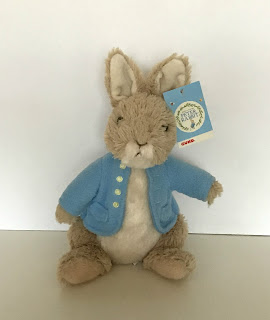 Do you remember the portable record players that used to be popular in the 60's?  I had one when I was in my teens, but when I left home my mom sold it in a garage sale.  I've wished more than once that I still had it to play records on during presentations [I have a Shirley Temple record, and have passed up other records because I had nothing to play them on].  Well not anymore.  When I was in J.C. Penney's this week they had an aisle display of portable record players, and they were on sale so one came home with me. 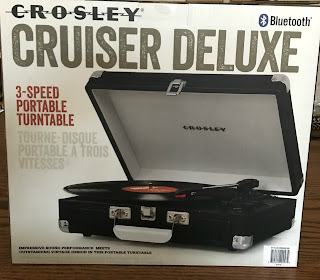 This brings you up to speed on my latest activities.  I'm signing off now to get back to organizing and sorting paperwork in my new office - a daunting task but one with a great sense of accomplishment.  As my mother used to say, "A place for everything, and everything in its place." 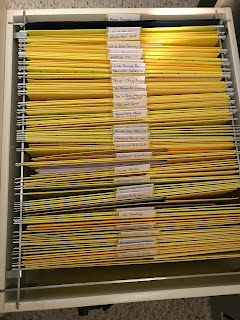 Posted by relevanttealeaf at 11:50 AM