I've been busy preparing for this Sunday's monthly tea program at Shore Pointe Assisted Living ["Be My Valentine"] and next Tuesday's ladies Bible study [Michal - King Saul's daughter and David's wife found in I and II Samuel].  In addition I've been trying to keep up with Dr. David Jeremiah's Bible study on the Book of Revelation by listening to his daily radio broadcasts online.  It's a difficult book to understand, but Dr. Jeremiah is taking it apart verse by verse and chapter by chapter.  The study began on February 5th and will go through June.  I'm enjoying it immensely.

No exciting tea events to write about this week.  We're in a heat wave yesterday and today with temperatures in the 50's.  The good news is it's melting all the snow, the bad news is it's been raining for two days.

Yesterday afternoon our son called and asked if we wanted to go see the newly released movie, Samson and Delilah, with him and our granddaughter, Brooke.  We gladly accepted his invitation. 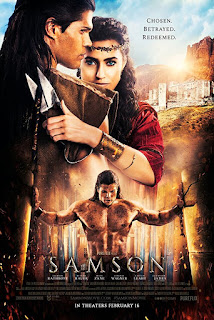 The movie was just released in theaters on Feb. 16th.  We enjoyed it.  When I got home I went to Judges 13-16 to refresh my mind on the Biblical story.  The movie takes its liberty to embellish Scripture by adding some things that aren't written, but it did include many things true to Scripture.  I discovered this morning that an earlier Samson and Delilah movie was made in 1949, directed by Cecil B. DeMille.  I was only two years old when it came out so I've never seen it, but it did become available on DVD in 2005.

And speaking of age, a friend recently posted an article [below] on Facebook.  Even though I believe age is a state of mind, I was happy to see that I'm now classified in the "middle-aged" category! ;-) 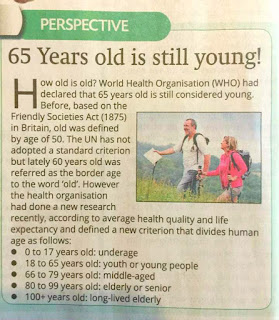 Now I'm off to make myself a cup of Harney & Sons Apricot tea, and get back to my research.

Posted by relevanttealeaf at 10:17 AM

Email ThisBlogThis!Share to TwitterShare to FacebookShare to Pinterest
Labels: Samson and Delilah