Months ago I was contacted by the Activities Director at Samaritas Senior Living in Bloomfield Hills, MI about doing a program for them.  When I submitted my list of programs, Famous Love Letters, and The Father of our Country and His Sweetheart were selected to combine Valentine's Day and President's Day.

Yesterday was the day of the program, and it happened to coincide with a big snow storm.  Samaritas is only 23 miles away, but it took over an hour to get there.  As you can see from the picture taken in front of my house,  it was snow on top of snow!  Very picturesque if you can stay inside and look out at it, but not so nice to drive in. 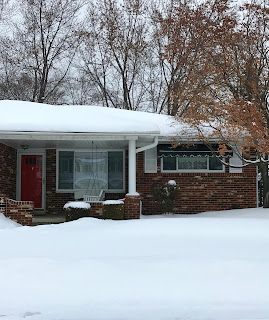 It was my first time to do a program for Samaritas.  While it may have been cold outside, it was warm and beautiful inside.  Below is the portico entrance to Samaritas. 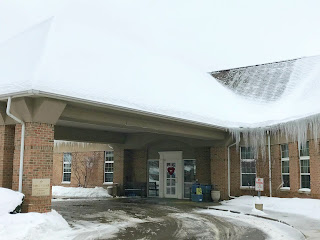 I purposely took a picture of all the icicles hanging from the building.   Brrrrr..... 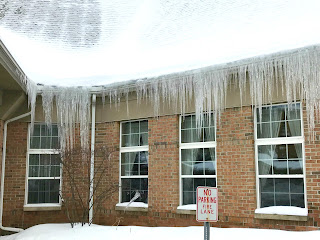 The tea [actually a luncheon] was held in the L-shaped formal dining room.  It was beautifully set-up when I arrived, with white linen tablecloths and burgundy napkins, fresh flowers on all the tables, and beautiful china teacups.  I couldn't resist being a shutterbug. 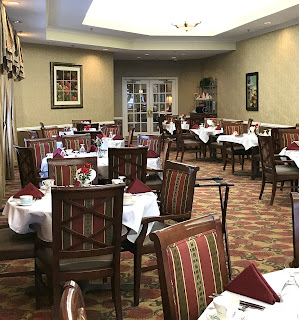 I think there were 15 tables with varying numbers of seating at each. 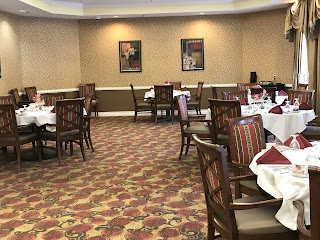 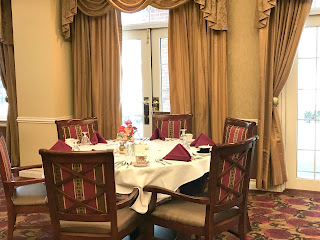 How fun to walk around and look at all the beautiful bone china teacups.  Since I'm drawn to black teacups I couldn't resist taking pictures of three.  The one on the left was a Royal Albert, and I don't know what the others were.  I was hesitant to turn over too many teacups to peek!  ;-) 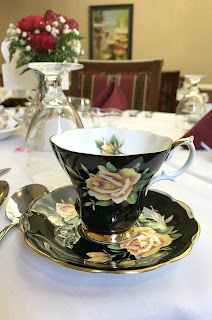 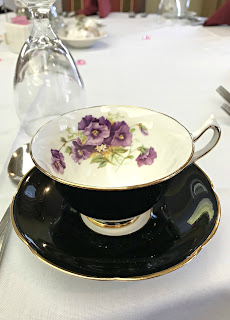 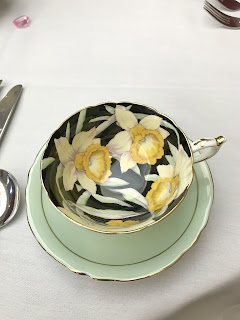 As you can see, the teacup below wasn't black, but it was so beautiful I couldn't resist taking a picture of it. 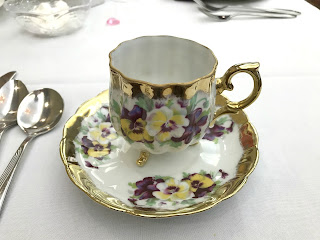 In addition to speaking, I made the tea concentrate for the 75-80 guests.  Ironically the tea I chose to serve is called "Snowflake".  Mother Nature was most accommodating to coordinate with my choice!  ;-)  It's a black tea flavored with coconut and almonds, and the residents loved it.  It came from East Indies Tea Company in Lebanon, PA.   I took my two urns and silver plated teapots for the servers to use, and they had a beautiful serving station to place them on. 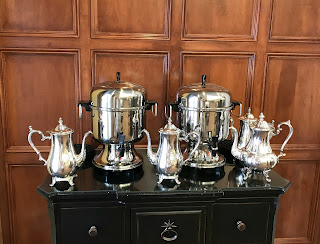 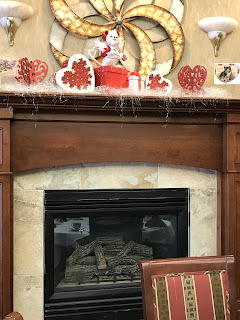 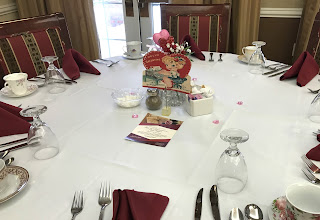 Vintage looking Valentine's on all the tables. 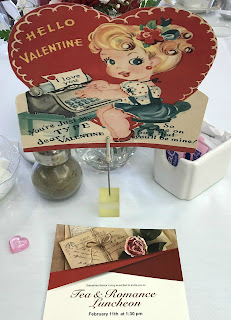 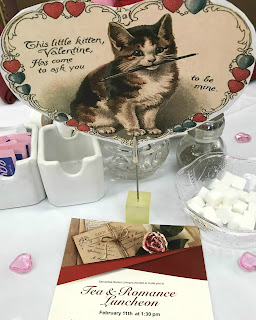 Invitation/announcement for the event.  Reservations had to be made to attend. 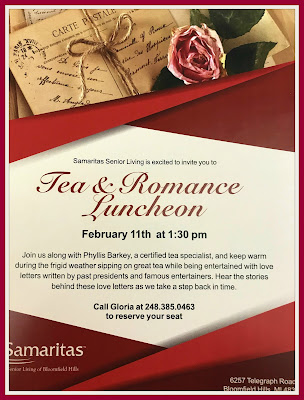 Before the residents and family members/friends began to enter I went to the powder room. It was so pretty I had to take a picture there too!  ;-) 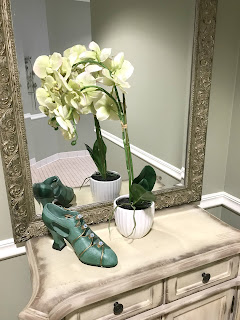 I took a couple of photos while everyone was arriving. 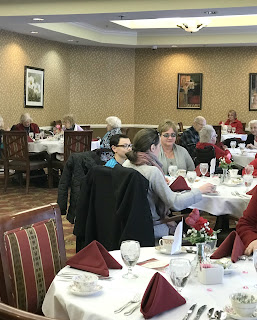 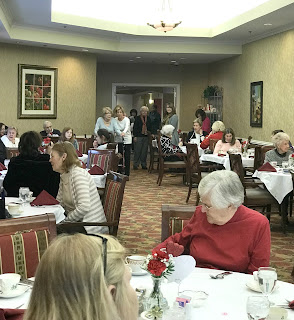 A Samaritas staff member took my photo and sent it to me. 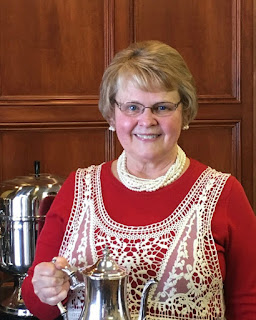 I didn't take a photo of the food because I opted not to eat.  The meal began with a bowl of soup, followed by tea sandwiches.  I began my presentation while everyone was eating, but they were all very attentive.  Dessert was a luscious slice of cheesecake garnished with a jumbo strawberry.

If I learned anything from this program it was 'don't judge a book by its cover.'   Winston Churchill and Harry Truman always gave the appearance of being rough and tough, yet they wrote many tender/romantic letters to their wives throughout their life.

At the conclusion of the program individual boxes of chocolates were given to everyone in attendance. 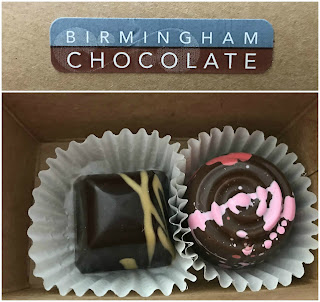 Heartfelt thanks to Samaritas for the invitation to present a program.  It was a wonderful afternoon!

Posted by relevanttealeaf at 6:07 PM