If you're still pondering the Southern Belle Tea Tour this fall, here's another tearoom to whet your appetite.  On Day #4 we'll be stopping at the Madison Tea Room in Madison, GA. 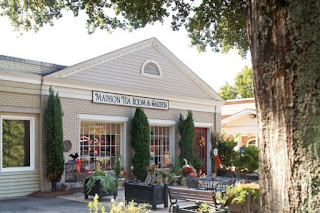 The historic city was featured in the Nov./Dec. 2016 issue of Southern Lady Magazine. Madison is located about an hour east of Atlanta on I-20.   It was established in 1809, and named after the 4th President of the United States, James Madison.

It is said that when General Sherman came through the 8.9 sq. mile city in 1864, he spared it because it was too pretty to burn.  There are approximately 4,000 residents, and nearly 100 antebellum and classic revival homes in the city.  In an early 19th century publication Madison was described as the most cultured and aristocratic town on the stagecoach route from Charleston to New Orleans.

Madison tearoom was featured in Tea Time Magazine's 2014 Sept./Oct. issue.  At 3,000 sq. ft. it is one of the largest one-level tearooms in the south.  The article stated that proprietress, Kathi Russell, masterfully combined British propriety with Southern hospitality to produce a charming tearoom. 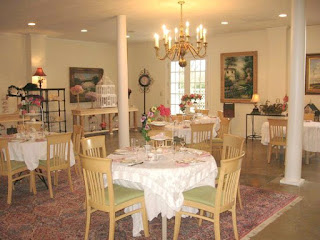 Before Kathi retired to Madison, she lived in Michigan, and was a member of a tea club I belonged to in  2002-03, with Linda Pudlik as founder and president.

Kathi ran a lovely tearoom in Franklin Village, MI that I enjoyed visiting, and now I'm looking forward to visiting her Madison location.

Please contact me if you would like to go on the tour.  The cut-off date for signing up is winding down.  As the southern phrase goes, "y'all come!"