Family birthdays in the Barkey clan begin in June and continue straight through November. Daughter-in-law Sharon began the celebrating with a June 7th birthday, then granddaughter Marissa had one on June 24th, and Brianna's is today, June 29th.  The girls are one year apart - Marissa turned 22 last Saturday, and five days later Brianna is celebrating her 21st.

The photo below was taken in 2010 when we were on a family vacation at Myrtle Beach during their 14th and 15th birthdays.  Bri is on the left and Marissa is on the right. 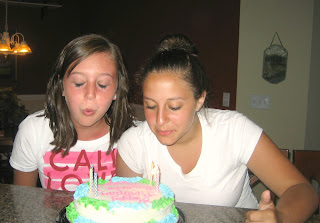 Some how I got behind a year and was thinking the girls are 20 and 21.  For future accuracy, I've written the year they were born next to their birth date on the calendar.  ;-)

Below is my most recent picture of Marissa [left]. It was taken last year on a family riverboat cruise for our our 50th wedding anniversary.  The picture of Brianna was taken just a couple of weeks ago. 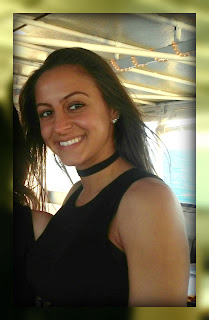 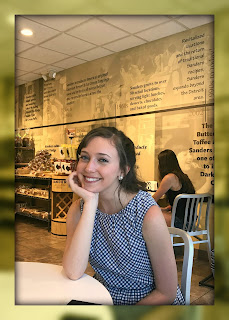 A friend observed that four of my eight grandchildren are now over the age of 20.  It doesn't seem possible!

The next family member celebrating a birthday will be our little firecracker, Ellie, who will be turning five on July 4th, when our nation celebrates its 241st birthday! A separate post will probably be written about her birthday.  She's our youngest grandchild, and Evie is our only great-grand so far. 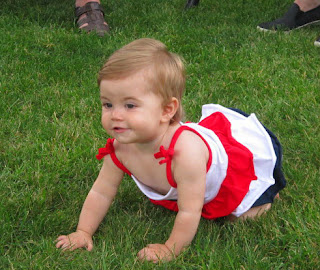 Granddaughter Tiffany won't be far behind with her 26th birthday on July 7th, and daughter-in-law Samantha's birthday on July 14th.  Whew!  That's a lot of celebrating! Raising my teacup in tribute to everyone.  Today my cup is filled with Strawberry Vanilla green tea from Tea Haus in Ann Arbor. It's SO good!  What are you drinking these summer days? 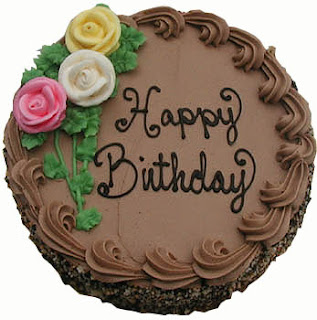 Posted by relevanttealeaf at 2:16 PM