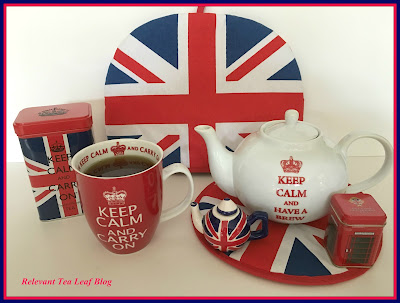 Yesterday I received an e-mail from a dear friend who lives in Michigan, but is from England.  Her mother and sister still live there.

Her sister e-mailed her the link to a METRO NEWS article that was published yesterday, and she sent it to me.  [Click on Metro News above for actual article.] 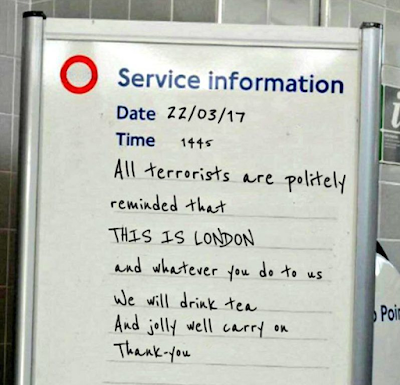 The message was left on a London Underground public notice board following Wednesday's attacks.

Despite being a fake [not written by authorized station personnel], the sign which emerged on the Internet yesterday has been praised as a 'wonderful tribute' by Prime Minister Theresa May. And Tory MP Simon Hoare said 'whoever wrote it speaks for the whole country.'

My friend said, 'In times of adversity nothing can beat a good cup of tea!'  Amen to that!

May God comfort those who lost loved ones in Wednesday's attack.   Raising my teacup in tribute to the victims, our Mother Country, England, and the restorative beverage of tea.

Posted by relevanttealeaf at 2:51 PM

Email ThisBlogThis!Share to TwitterShare to FacebookShare to Pinterest
Labels: England