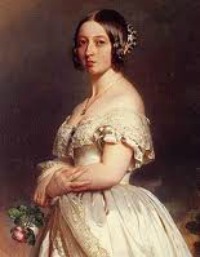 Anna, the 7th Duchess of Bedford, was a life-long friend of Queen Victoria's.  She served in the Queen's Court, and is credited with establishing the ritual of Afternoon Tea in England in 1840.  When the Queen learned of Anna's afternoon tea parties, she loved them and began hosting them herself on a grander scale, known as 'tea receptions.'   So while the 7th Duchess of Bedford may have initiated the ritual, it was Queen Victoria who popularized and perpetuated the custom.   Thank you, Queen Victoria!   The Afternoon Tea photos in today's post are in your honor!

Victoria Day, is a Federal Canadian Holiday, celebrated the last Monday before May 25th, in honor of Queen Victoria's birthday.   It was celebrated earlier this week on May 21st.

My husband and I were in Victoria, British Columbia in May 2003 when they were celebrating Victoria Day.   We watched the parade and festivities.  The float in the photo below caught my attention since it was from a tea room. 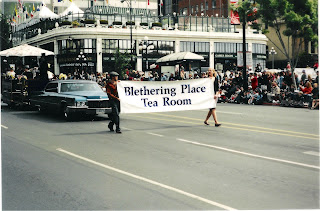 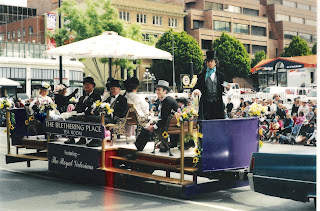 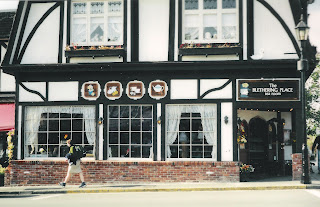 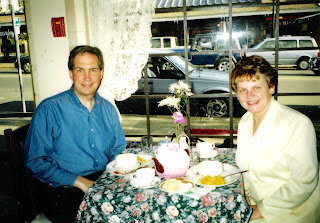 Victoria - the capital city of British Columbia, Canada - is located on the southern tip of Vancouver Island, off Canada's Pacific coast.  It's a beautiful city.   When I went to England, I never thought there'd be another place that could compare.  But  after visiting Victoria I'd be hard-pressed to pick between the two - it's like a miniature England, and very easy to tour without a travel guide.

Like England, it's a tea lover's paradise with several tea rooms, restaurants and hotels that serve Afternoon Tea.   It's also a gardener's paradise.  Victoria is known as Canada's City of Gardens.  The city hangs 1,050 hanging flower baskets from lamp posts every spring in addition to  all the flower gardens and parks throughout the city.

For most of our visit we stayed at the Oak Bay Beach Hotel - in the Sir Walter Raleigh Room.  We had Afternoon Tea in their "Bentley" Dining Room at a table by the window - "Tea by the Sea."  It was there that I ate my very first crumpet! 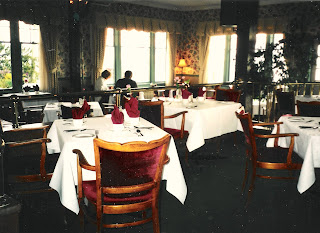 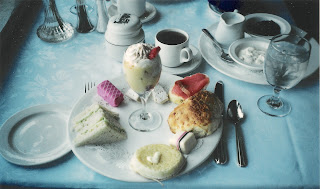 Then we boarded a double-decker bus bound for Butchart Gardens. 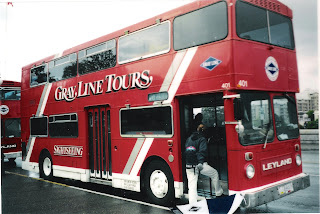 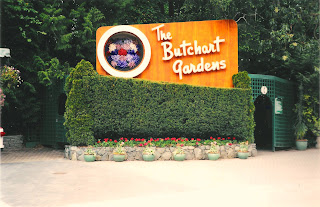 In 1909 Jennie Butchart began the task of transforming their exhausted limestone quarry into a sunken garden that was completed in 1921.  It is breathtaking! 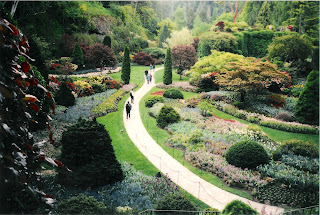 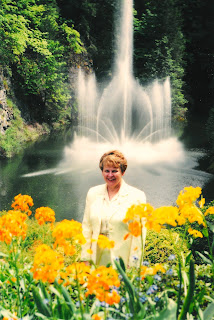 We had Afternoon Tea in the original residence of Robert and Jennie Butchart.  Our table was by the far right window overlooking the Italian Garden, which was the Butchart's breakfast room. 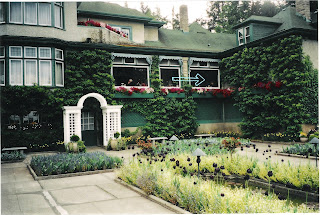 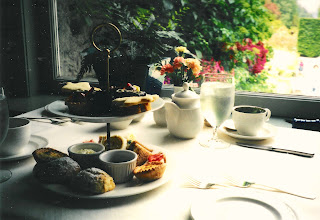 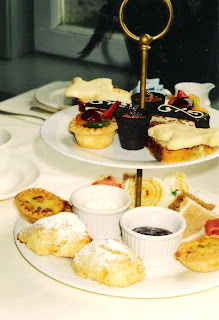 Victoria's Parliament/Legislature Buildings by the Inner Harbor are beautiful inside and out.  They were designed by Francis Rattenbury and  took five years to build, being completed in 1898.   Additions were built in 1912, and 1915. 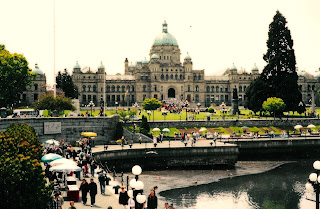 The main building is spectacular when lit up at night.   There are  3,300 white light bulbs outling the exterior of the building that are illuminated  from dusk till dawn everyday.  They were installed in 1897 to commemorate Queen Victoria's Diamond Jubilee, and have been a continuing tradition ever since. 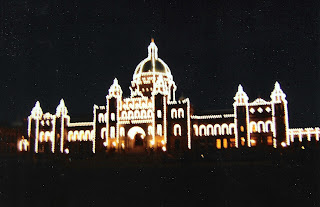 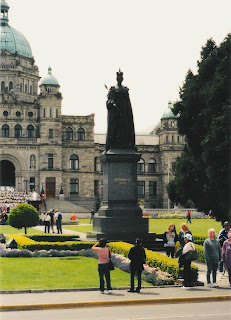 Only a Victoria Sponge [Sandwich] Cake will suffice for the Queen's birthday celebration since the classic teatime cake is said to have been created for her.  She adored tea parties and all things sweet.  This was my first time making the cake.  It's a rich, dense cake and not calorie or cholesterol friendly with 3/4 lb. European high fat butter and four eggs in the batter, and whipping cream between the layers.  But it sure tastes good, and looks pretty! 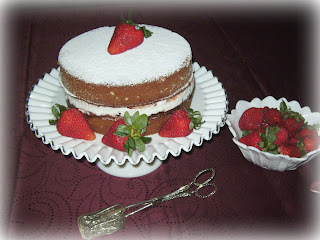 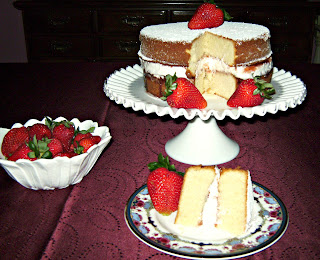 Posted by relevanttealeaf at 12:39 AM