I hope you and your family had a nice Thanksgiving Day.  We did.  It was a smaller group this year as our daughter and her husband are visiting family in North Carolina.  They celebrated Thanksgiving early last Tuesday in Frankenmuth, MI with John, Tiffany and the girls [photos below].  John and Tiff spent Thanksgiving Day with John's family this year. 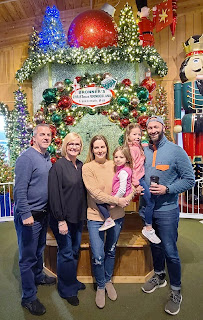 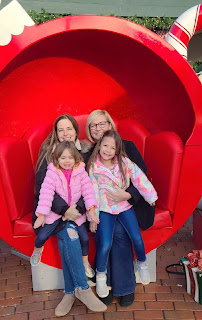 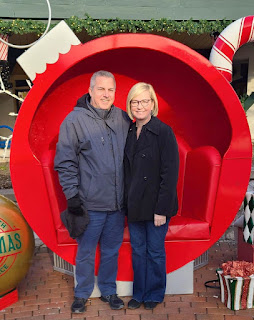 Steve and Sharon hosted Thanksgiving for the rest of our family at their house again. I fixed the turkey, dressing, gravy, sweet potatoes, cranberry sauce and rolls, and hubby bought apple pies, since our pie baker [Lori] was out-of-town.  We transported the food where it joined a lot of other delicious side dishes prepared by Sharon and Brooke.  We ate shortly after 1:00 o'clock, and nobody left the table hungry. 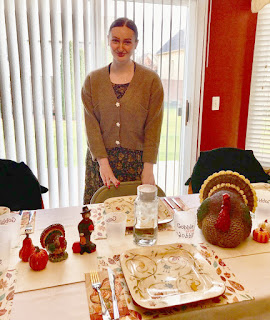 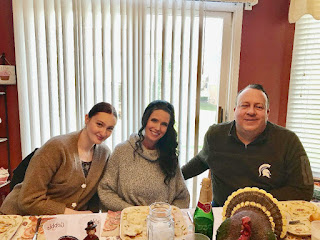 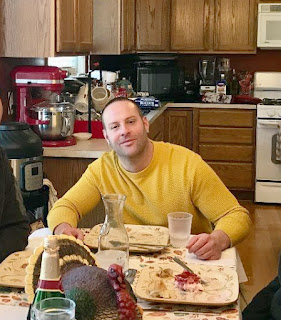 Brianna stayed in Nashville, TN for Thanksgiving this year, and Samantha, Izzy and Ellie joined us later in the day after going to Samantha's family gathering first.  Landon was sick with the flu so Jeremy stayed home with him.
Watching football was the agenda for the guys. Unfortunately the Detroit Lions lost to the Buffalo Bills 25 to 28. 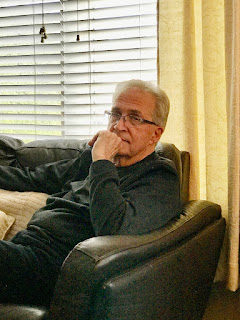 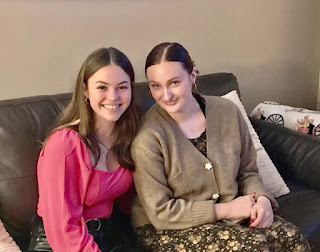 [Izzy and Brooke]
Brooke's kitten, Gus, was with us too, but no photos to share of him. ;-)  I didn't get any photos of Samantha and Ellie either.
Izzy received her acceptance to Michigan State University this fall [her dad's alma mater].  The photos below were taken of Izzy and Jeremy at a Spartan football game on November 19th.  It was 27 degrees with snow flurries which is why they were so bundled up.  Unfortunately Michigan State lost. 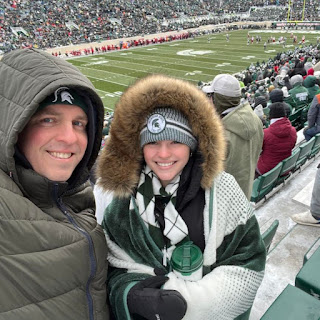 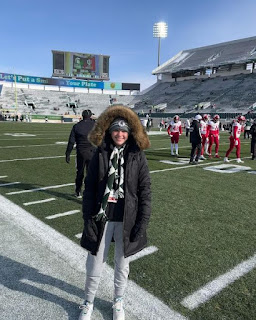 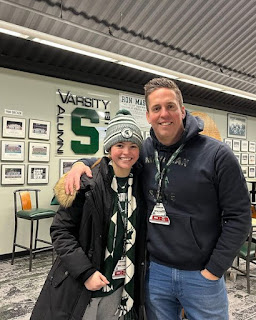 I had planned to stay in all day today - no Black Friday shopping for me - but I decided to venture out long enough to buy a Kirkland's gift card for our daughter-in-law.  She loves decorating for the holidays and that's one of the stores she likes for her holiday decor.  She has hosted Thanksgiving several years and I thought a Kirkland's gift card would be a good way to say 'thank you'.
I had to exercise great willpower to pass up these dishes at Kirkland's.  Aren't they cute? 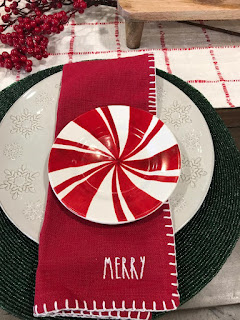 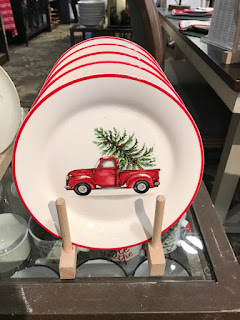 I couldn't resist taking the pic [below] of the adorable golden retrievers for our grandson, Landon. He wants one and Samantha said Jeremy has joined sides with him to convince her they should get one.  I told Sam to show Landon the pic and ask him if he'd be content with the painting instead of the 'real deal'.  [Of course, I know it wouldn't even come close!] 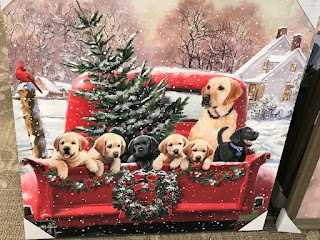 How did you spend Thanksgiving?  Did you go out shopping for Black Friday deals today?  I saw the graphic below last year, and it still makes me smile. 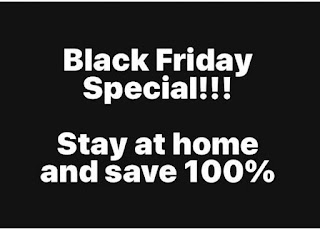 Posted by relevanttealeaf at 5:15 PM

Email ThisBlogThis!Share to TwitterShare to FacebookShare to Pinterest
Labels: Thanksgiving 2022