Someone has said 70 is the new 50.  For those of us who have reached that milestone, we'd probably all agree it's true in our mind, but our body is debatable!  ;-)

A maternal cousin [who I've blogged about before] hosted a surprise 70th birthday party for her husband last Saturday night.  From the 'Save the Date' to the Invitation, the wheels were in motion for a wonderful family gathering. 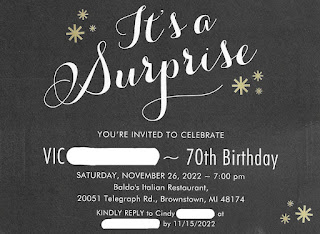 Shortly after I got home from work, my hubby and I made our 40 mile drive to the destination. Surprise parties are difficult to keep secret, but the guest of honor was completely surprised when he entered the banquet room and everyone yelled "Surprise!" 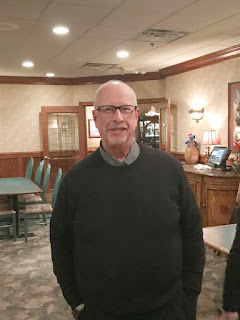 My cousin assembled the cutest themed gift bags for everyone to take home. 26 maternal first cousins are still living and 9 of us [along with our spouses] were there.  It was nice to be together at a happy gathering rather than a funeral.

The cousin who hosted the party is on the left, and her sister is on the right.  I'm the shortie in the middle. I'm not the oldest of the 26 cousins, but I was the oldest among the cousins present Saturday night.  Does that mean more wisdom for longer time on the planet?  ;-) 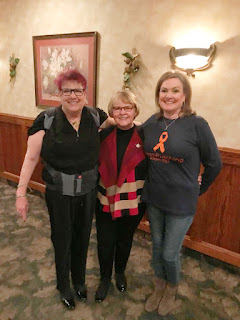 Victor and Cindy's son is a minister near Nashville, TN and back in the summer he was diagnosed with lukemia.  He will undergo a bone marrow transplant on Dec. 13th.  His brother [top row, far right pic below] is a perfect match and will be the donor.  Josh leaves on Wednesday for Nashville to prepare for the procedure.  To encourage Eric, and show support several bought T-shirts, and wore them to the party.  I bought one too, but came to the party wearing what I wore to work.  If you're a Christian believer and would like to pray for Eric and Josh on Dec. 13th, it would be greatly appreciated. 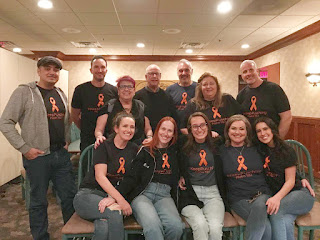 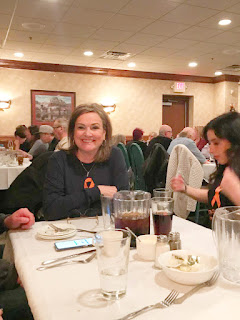 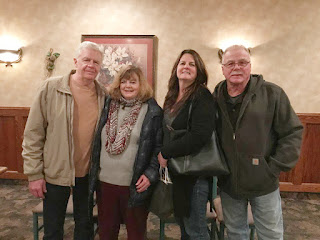 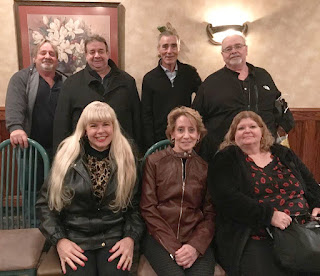 Thanks, Victor, for having a milestone 70th birthday so we could all be together, and Cindy for hosting a very nice party!

Posted by relevanttealeaf at 10:30 PM