My hubby shares his birthday with our grandson, Landon.  Jerry turned 76 last Saturday and Landon turned 14.   I had to work Saturday [served tea to 153 guests], but I celebrated with my hubby when I got home - made him his favorite chocolate mound cake. 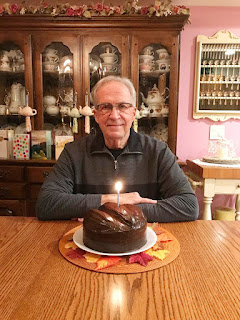 When our granddaughter, Tiffany, and her two sweet little girls called to wish their Papa a Happy Birthday, Evie excitedly told him she had her first loose tooth.   He asked her to send a picture when it came out, and shortly after the phone call we received this picture! 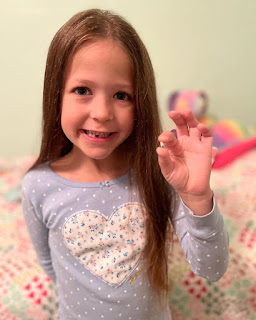 On Sunday we went out to dinner after church to celebrate with our daughter and son-in-law. 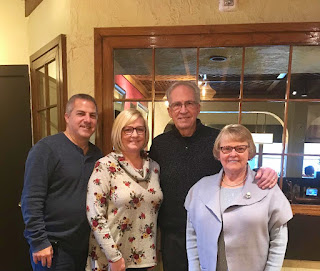 And on Tuesday we drove to Chelsea to attend Landon's basketball game and celebrate with him after the game.  Landon's #24. 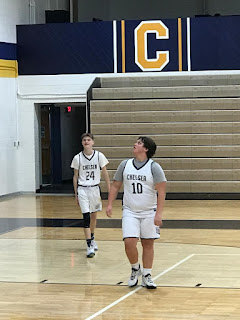 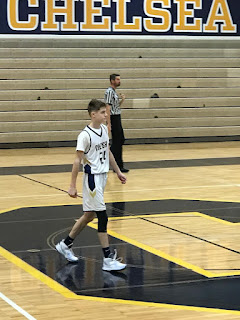 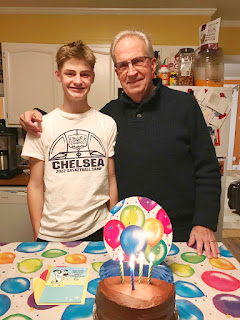 Jerry has one more celebration - this coming Monday when we'll be going out to eat with our son, Steve.  He was away last weekend on a retreat with the youth from church.
The Shutterfly album I was working on of my hubby's childhood has been completed and received. I couldn't wait until Christmas.  I gave it to him the day it arrived.  It was such a nice walk down memory lane for him and he was pleased to have it documented and published.
Winter is approaching - it's 33 degrees today and flurrying, but no significant accumulation yet.  It's dark by 5:30 p.m. now that day light savings time is in effect.  Is it too soon to say I'm ready for spring?!? 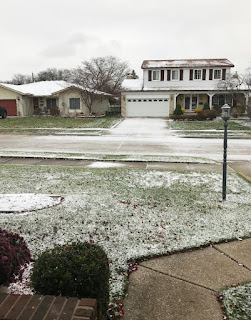 Email ThisBlogThis!Share to TwitterShare to FacebookShare to Pinterest
Labels: Jerry and Landon's B-day 2022