It's hard to believe we're into the 11th day of January already, but time has a way of marching on whether we want it to or not.

There's not much new to write about. I've been doing the 'same ole, same ole' - in other words, scanning and editing old photos for my next Shutterfly album which will take me up to the time of my sweet daughter's birth [Aug. 1967].  It's so much fun going down memory lane via old pictures, but a little bittersweet too realizing how many relatives and friends have passed on, and how much Mother Nature has changed my appearance with the passage of time!

I received a surprise in today's mail from my girlfriend.  She received a tea-themed key ring for Christmas and thought it was cute and ordered one for me.  Don't you love getting unexpected surprises in the mail?  Thank you, Sandy! 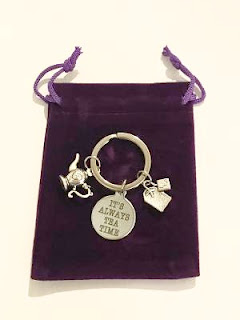 What teas have been in your teacup during these first 11 days of January?  January is National Hot Tea Month and tomorrow [Jan. 12th] is Hot Tea Day, so drink up! 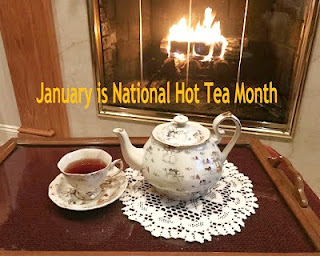 Posted by relevanttealeaf at 12:19 PM