I don't do a lot of sewing, and I'm not a quilter, but occasionally I see tea-themed fabric that I can't pass up.

While in Jo-Ann Fabric and Crafts yesterday I saw a teacup fabric in the colors of my main bathroom - teal and brown.   I'm not sure how I can make it work in my bathroom, but I bought it anyway.  It's called "Tea for Two Tossed Cups" by Susan Winget.  It was $12.99 a yard, but I had a 50% off coupon so I got it for $6.50. 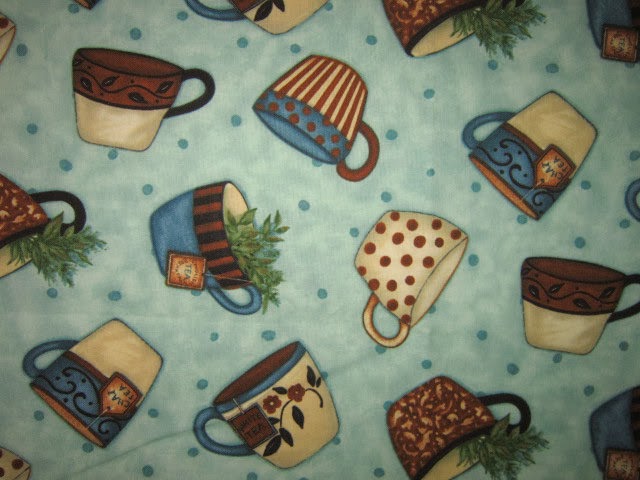 For a bathroom tea accent, maybe a padded cover for the toilet tank lid, with a teal planter and some greenery setting on top??? 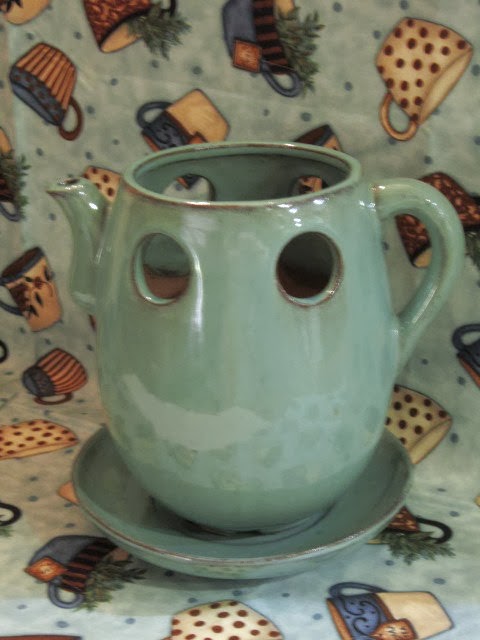 In 2004 Phyllis Hoffman created "Teatime" fabric exclusively for Hancock Fabrics.   There were two types of "Teatime" fabric - one with large teapots, and the other with smaller teapots and teacups. I bought a yard of each priced at $6.99 a yard. 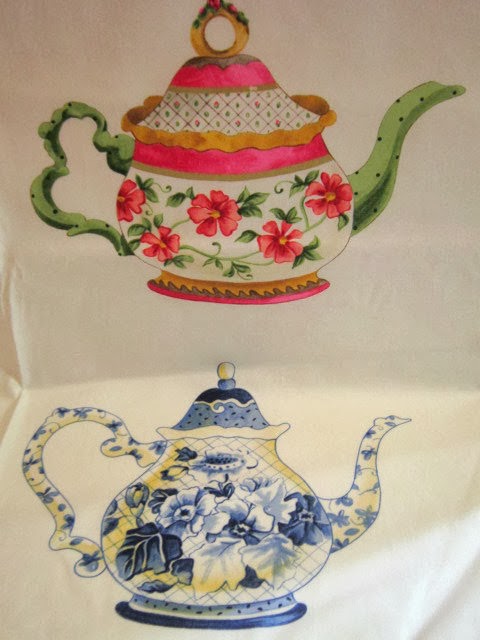 I had no idea what I would do with the fabric, but it was too pretty to pass up. 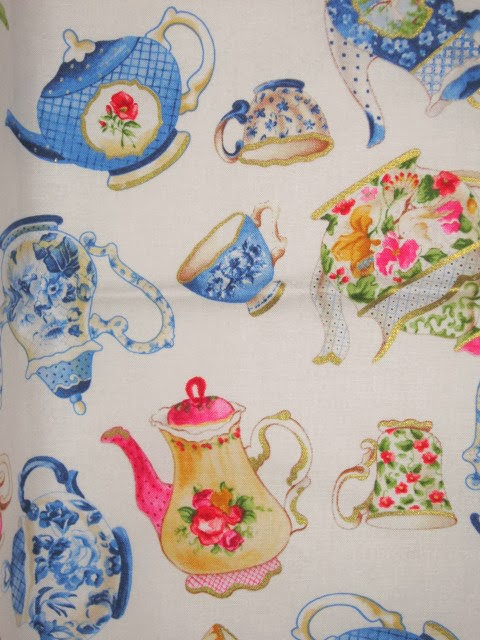 Phyllis Hoffman also wrote a book to accompany the fabric called Teatime - 26 Quilting, Craft, and Home Decor Projects Inspired by "Teatime" Fabric.   The book was $19.95 and below are a few of the projects in it. 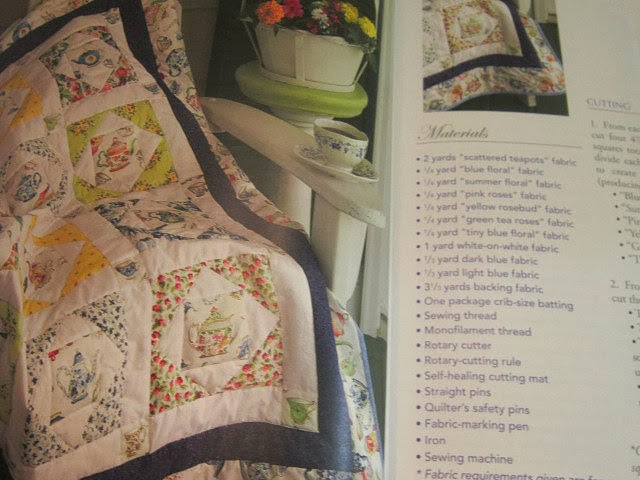 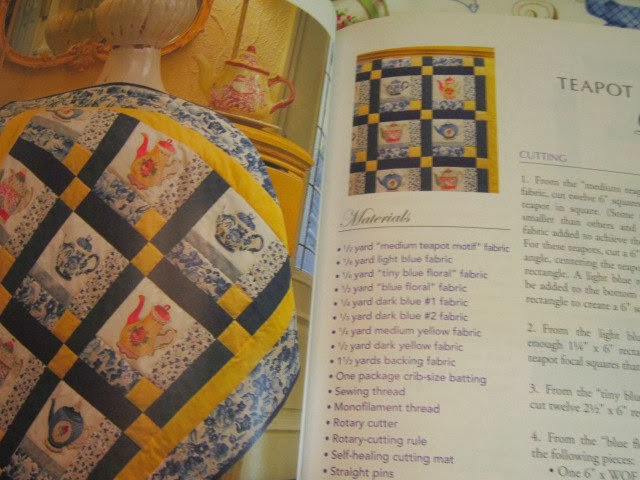 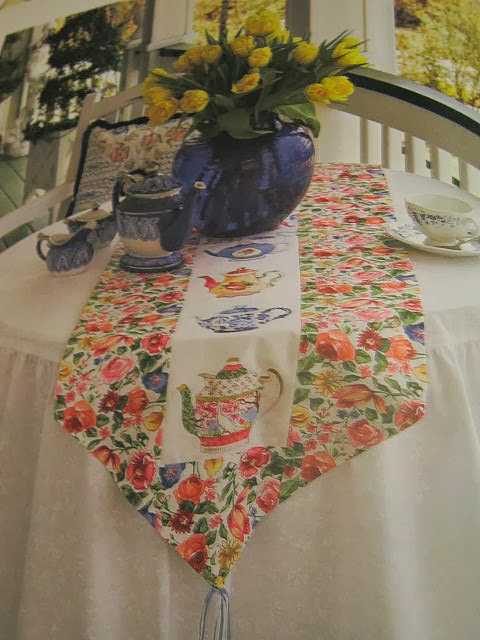 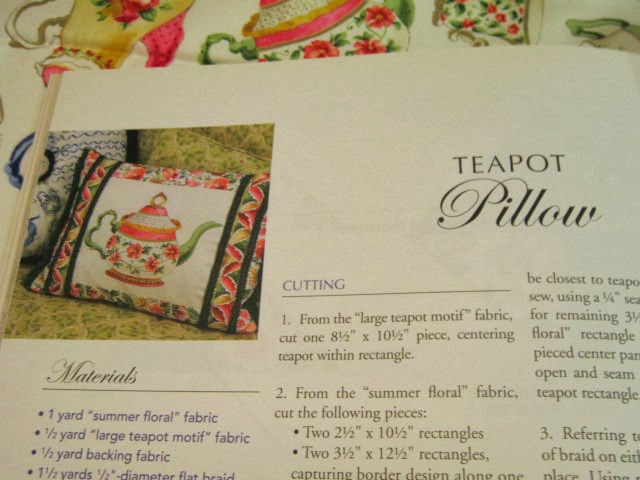 The fabric has been stored in a tote - out of sight, out of mind.  I need to decide which project to tackle, and get on with it!

Hobby Lobby is my favorite craft store.   I was so happy when they finally came to Michigan. In 2008, before they had a store in Michigan, my tea friend at Steph's Cup of Tea blogged about their pink and ivory fabric called Rose Garden Tea.  Stephanie had a friend who made tea cozies with the fabric, and she agreed to make one for me.  I paid Stephanie to purchase two yards of the fabric, and she sent it along with the tea cozy.   I made a square table topper, and I love using it with my pink Depression glass. 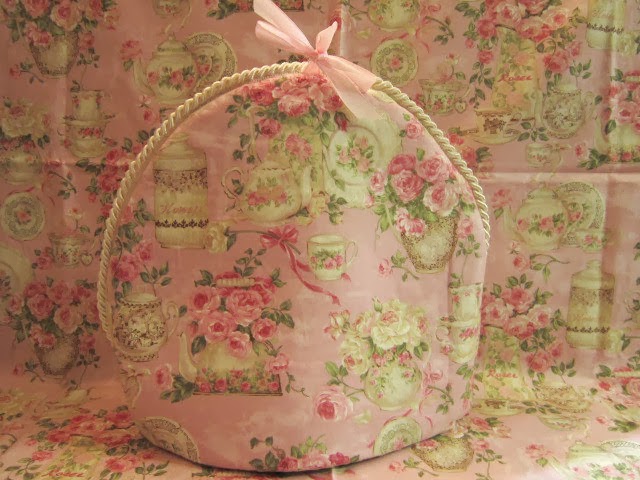 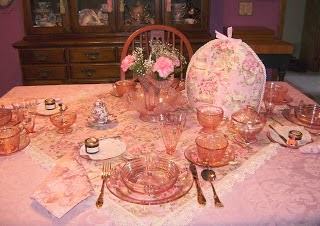 Later, Hobby Lobby came out with a blue, orchid and cream colored fabric also called Rose Garden Tea.  I use a square table topper with my blue Madrid Depression glass. 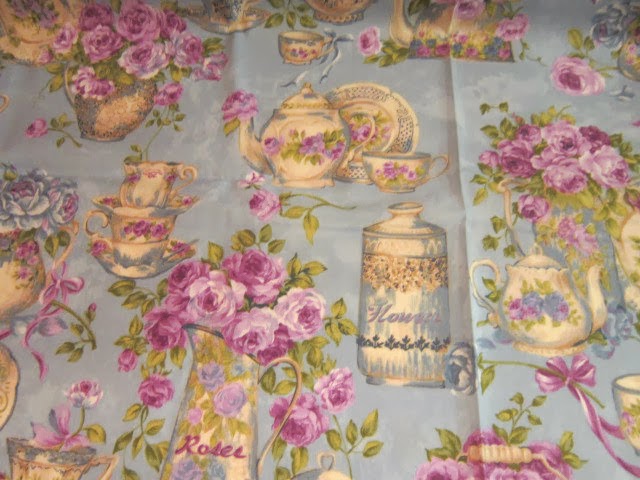 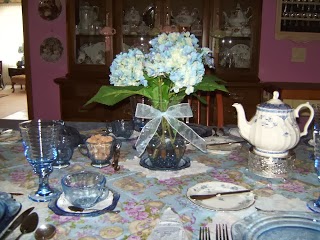 Who doesn't love Debbie Mumm?  The two tea-themed complimentary fabrics below are called "Mumms the Word." 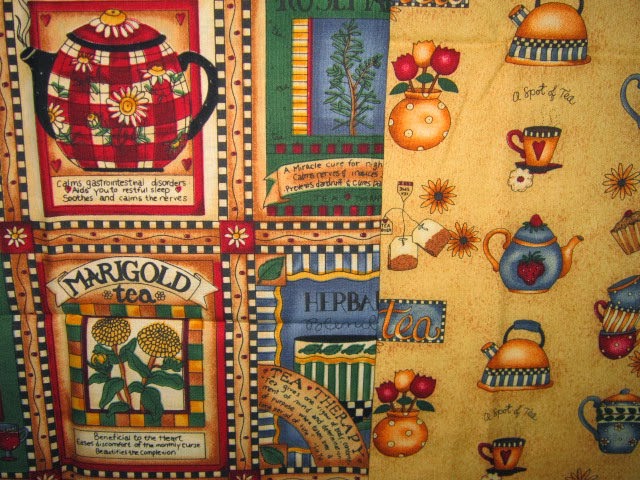 Favors for a women's ministry dinner, and a tree skirt for my tea ornament tree were made with the last tea-themed fabric in my stash. 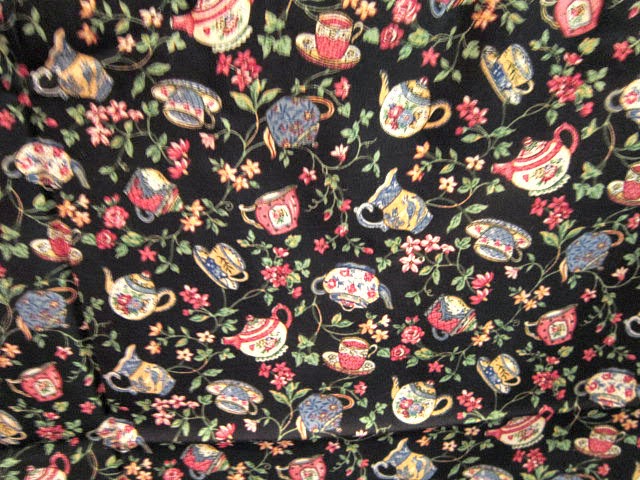 ~ Front and back of teapot favor ~ 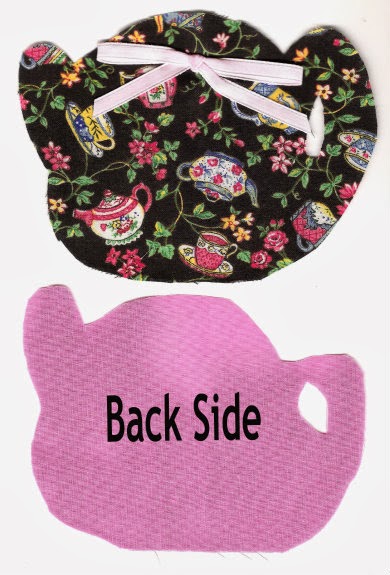 ~ Attached to the inside of favor ~ 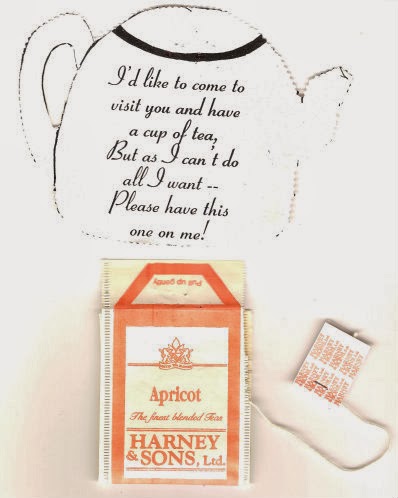 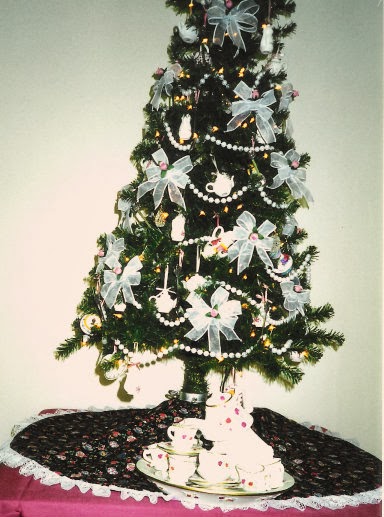 What's in your tea fabric stash?   Anyone purchase the same fabrics as me?