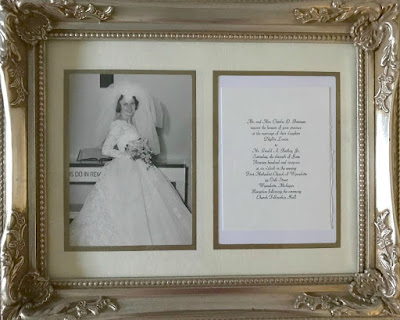 They say after you've been married for many years you begin to think alike.  I guess that's true because when Jerry and I opened our anniversary cards to each other this morning they were identical.  ;-) 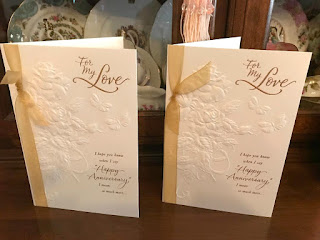 Beautiful flowers arrived from my hubby. 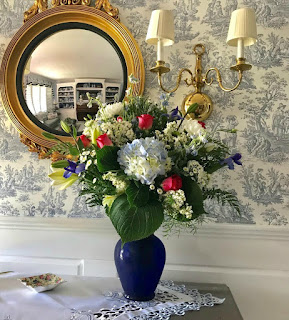 Our son, Steve, called early this morning to wish us Happy Anniversary and to ask about taking us to breakfast.  I have to work today so we'll have to take a rain check, but it was a thoughtful offer.  Jerry's made dinner reservations for after I get off work - P.F. Chang's one of my favorite places!  I'll definitely be having their white tangerine tea.

We celebrated our 50th Wedding Anniversary in Boston and New York City.  Below is a pic of us taking Afternoon Tea at the Plaza Hotel.  Fond memories! 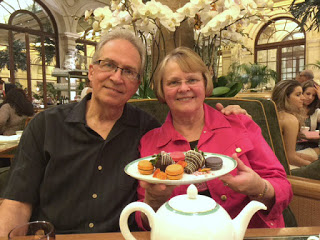 Well, I thought we were going to P.F. Chang's for dinner, but Jerry just said that so I wouldn't know where he really made reservations - Andiamo's. 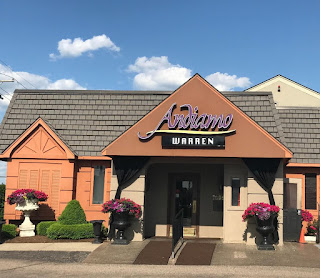 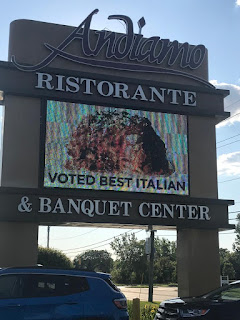 Our knowledgeable and attentive server was Shayma.  Isn't she pretty? 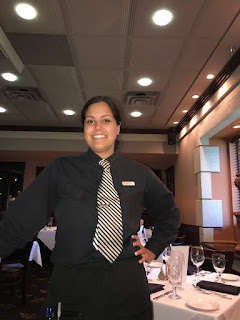 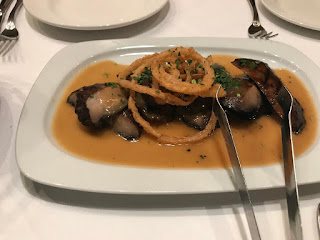 Jerry and I each got a salad instead of soup, but I forgot to take a picture.  Next was the pasta course. 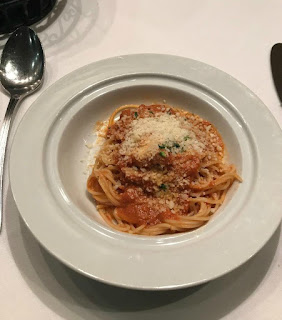 Jerry ordered Chicken Parmigiano-Reggiano for his main entree and I ordered Chicken Marsala. I'm usually a 'clean plate' gal, but I had to get a carry-out tonight.  Too much yummy food for one meal. 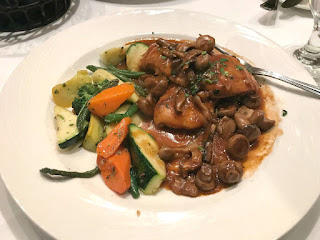 We did manage to save room to share a piece of Tiramisu though. 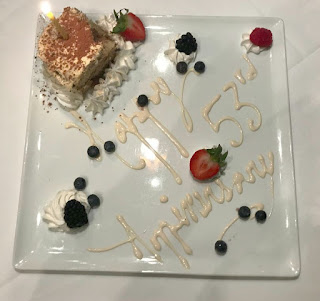 It's been a great day, and now we begin pursuing Anniversary #54.  God is good! 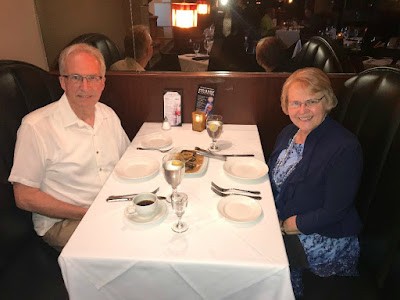 Posted by relevanttealeaf at 9:50 AM