A Montage of Events

As you've noticed, I've been absent from my blog for a few days.  Life's been busy, but today's post will be a catch-up.

Yesterday I was invited to speak to a retirement community at Beaumont Commons in Dearborn, MI [27 miles from where I live, and Henry Ford's hometown and where Ford Motor Company World Headquarters is located].  The activities director picked a topic I'd presented at Shore Pointe in June of 2016 titled Here Comes the Bride - Famous Brides and Wedding Folklore.

I arrived at 2:30 to set-up for the 3:15 program which wasn't a tea.  Beaumont Commons is a beautiful facility, and it was a picture perfect, sunny day with temps in the high 80's. 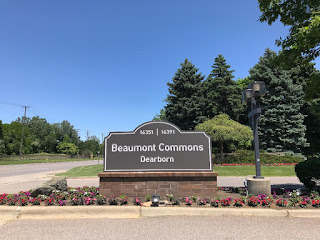 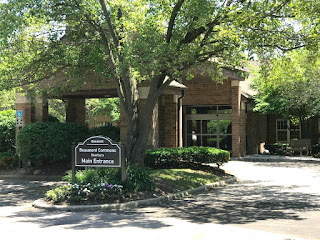 When I entered the facility they had a poster advertising the event using a wedding photo of Josephine Ford [called 'Dody'] - Edsel and Eleanor's only daughter.  I mentioned Josephine's wedding briefly in the program because her January 1943 wedding reception was held at her parent's estate, and Edsel died four months later at age 49, leaving Eleanor a young widow at just 46.  She never remarried.  Her friends said Edsel was her only true love. 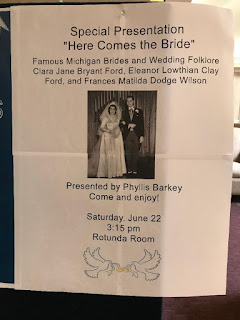 I made a display picture collage of each of their weddings. 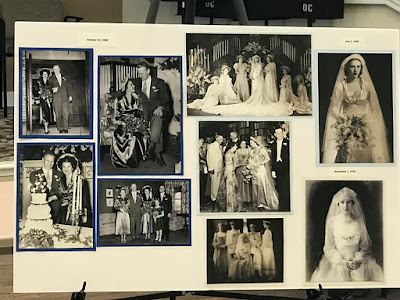 My mother wasn't famous, but she was a Michigan bride in 1939 - a year after Frances Dodge was married - so I took her wedding gown and photo to display. 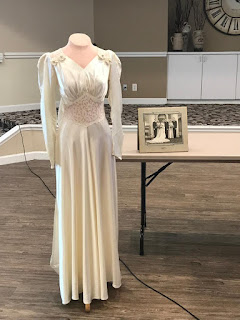 It was a fun program, and as always I thoroughly enjoyed my research.  I was 27 when Betty Ford became First Lady but I really didn't remember much about her except that she was very public about her breast cancer and she co-founded the Betty Ford Center for drug and alcohol addiction treatment in 1982.  She also endorsed the Equal Rights Amendment.

She hosted the obligatory teas at the White House required of all First Ladies, but only  a few tea-related photos were available online.  The photo below was at a tea she hosted for the wife of the Shah of Iran in May, 1975.  [Betty Ford on Left] 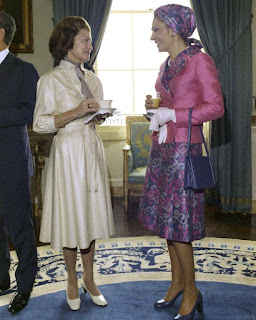 My research revealed her favorite tea was Lipton's even though her older brother tried convert her to premier blends.  I found a cute vintage Lipton's patriotic advertisement online in honor of Betty's preference.  ;-) 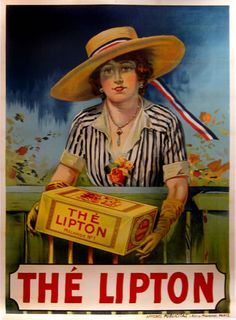 The Gerald Ford Presidential Museum is in Grand Rapids, MI - about a 2 1/2 hour drive from where I live, so it's on my agenda to visit this summer.

I took the photo below of some of the attendees as they arrived.  There were about 30 ladies and one brave man in attendance.  They were a very responsive group.  The lady in blue in the front row told me her daughter-in-law converted her wedding gown into a beautiful pillow. 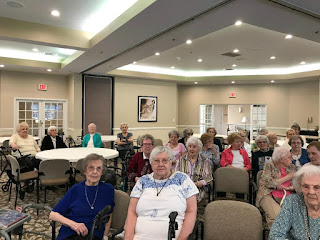 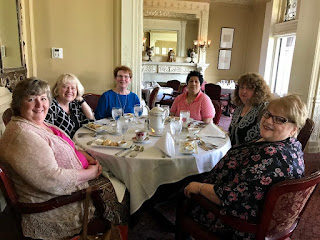 On Thursday, among our guests, was a couple visiting from Cambridge, England.  I always love guests from 'across the pond' too.

A week ago today we were celebrating Father's Day.  We went out to dinner after church with two of our children [Lori and Steve and their spouses and one granddaughter], and Jerry saw our youngest son later in the day.  We enjoy these family days so much. 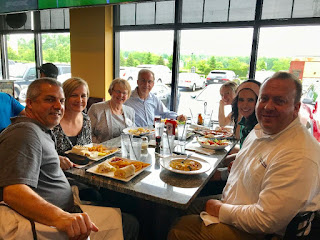 If you're friends with me on Facebook, you saw the group of pictures I posted honoring the four special fathers in my life.  The largest photo is my father who passed away in 2011.  He  made it easy for me to put my trust in our Heavenly Father since he was such a good earthly father.  He's passed the baton on to the three father's on the right who are still fulfilling their mission - my hubby and sons Steve and Jeremy. 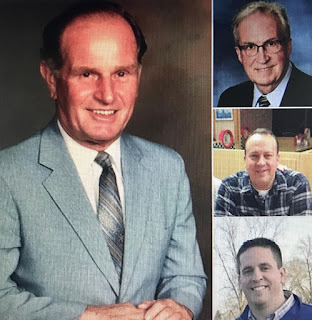 And last, but certainly not least, Lori showed us the latest picture of little Juliette that my granddaughter, Tiffany, had just sent her.  She's growing and is so bright-eyed and alert.  We love her beautiful blue eyes!  She looks like her daddy. 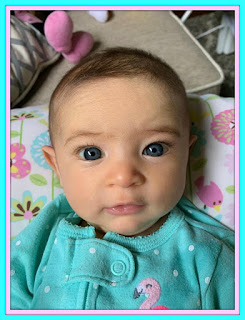 That brings you up-to-date on everything that's been happening in my world.

Posted by relevanttealeaf at 7:36 PM