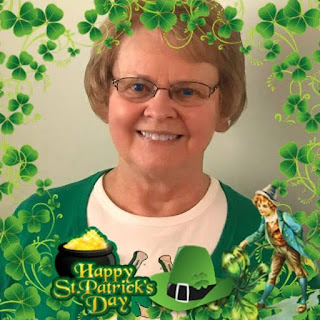 St. Patrick is the Patron Saint of Ireland.  His real name was Maewyn Succat.  He was born into a Christian family that lived on the English coast in the late 4th century A.D.  As a 16-year-old, he was kidnapped by Irish pirates and sold into slavery in Ireland.  After six years of captivity, he escaped and returned to his homeland.

He spent several years in religious study, and became a bishop.  After visions from God calling him to return to Ireland to preach the gospel, the Pope gave his blessing for St. Patrick to return to the very people who enslaved him.  He was the obedient missionary responsible for a massive spiritual awakening in the hearts of the Irish people, and won many souls to Christ, and established monasteries, schools and churches all over the country.

St. Patrick used the three leaves of the shamrock as a metaphor to explain the Christian Holy Trinity - God the Father, the Son, and the Holy Spirit. 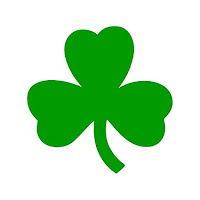 Posted by relevanttealeaf at 7:56 PM