Gone With the Wind 80th Anniversary

Happy March!  My hubby and I celebrated the first day of March by going to watch Gone With The Wind on the big screen at the Redford Theater last night, in honor of the movie's 80th Anniversary.

We enjoy the vintage/retro Redford Theater [which opened in 1928].  I've seen Gone With The Wind numerous times [I own VHS tapes and DVD discs], but I never tire of seeing it, even though it's 3 hours and 58 minutes long [excluding intermission]. 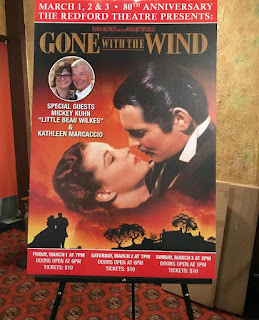 The movie began at 7:00 p.m. which pressed us to get there on time, since I had to drive home from work to meet-up with my hubby, and then we quickly ate at Applebees before driving to the west side of Detroit.  We got there just as the film was starting, and amazingly found good seats. 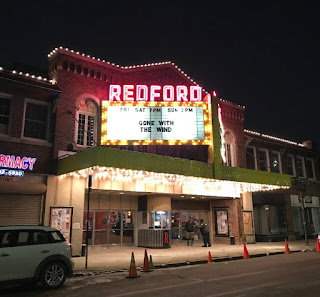 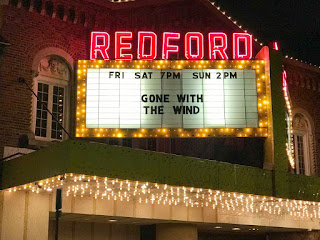 At intermission an organist played the organ to entertain and delight the movie-goers. 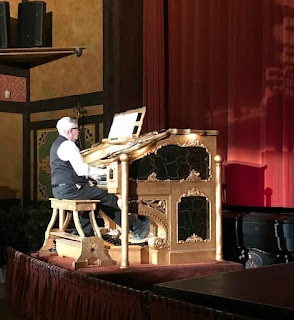 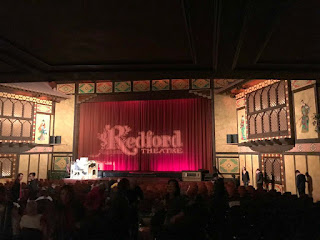 Also at Intermission Kathleen Marcaccio, a local lady who knows everything there is to know about Gone With The Wind, shared interesting highlights about the film.  I heard one of her informative presentations in October 2014 at my local library.  If you're a local reader and ever get a chance to hear her, don't miss it!  Not only is she an encyclopedia of information pertaining to the movie, but she also has a huge display of memorabilia.

Special guest, Mickey Kuhn, who played "Little Beau Wilkes" in the movie, shared highlights of his experience as a six-year-old cast member.  He's 86 years old now, and is one of the last surviving cast members.  Olivia de Havilland is still alive [103 years old this July] and lives in Paris, France.

Kathleen sent me the link to the YouTube video made of Mr. Kuhn while he was at The Redford Theater.  He looks good and is mentally sharp at 86.

During our Southern Tea Time Getaway last May, we visited the Gone With the Wind Museum in Marietta, Georgia, and enjoyed it immensely. 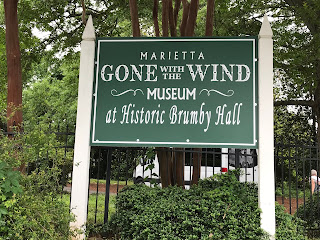 In addition to the two links I've provided above, several other blog posts have featured Gone With the Wind.  Just type the title in the search box in the upper left corner to access the posts.  Below is a favorite picture I purchased.  Scarlet definitely had a habit of slapping people in the face, didn't she?  [Four as I recall - Ashley, Rhett, Prissy, and her sister.] Yikes, encountering her wrath could be painful!  ;-) 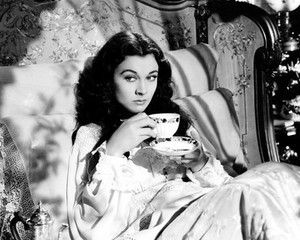 Posted by relevanttealeaf at 5:01 PM

Email ThisBlogThis!Share to TwitterShare to FacebookShare to Pinterest
Labels: Gone with the Wind; Redford Theater