Wishing everyone a Happy Memorial Day, and raising my teacup in tribute to those who gave their lives for the freedom I enjoy.  Their service and sacrifice will never be forgotten. 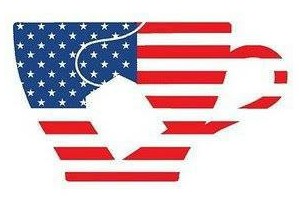 From our house to yours, enjoy this day of remembrance. 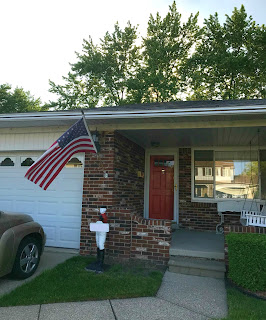 The city where I live has a big garage sale in the parking structure at City Hall every Memorial weekend, so my hubby and I went over this morning shortly after it opened at 10:00 a.m.  It's a hot [92 degrees], sunny day!  We went from cold weather right into summer and skipped spring entirely! 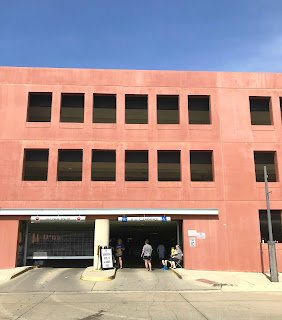 There were two floors of vendors. 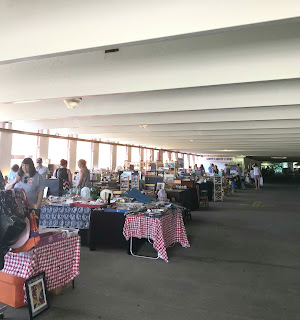 A tea vendor was there this year. 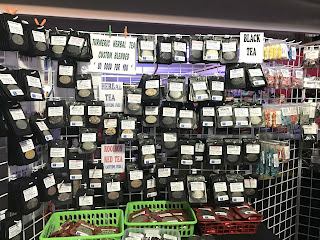 I managed to make four purchases, for a total of $31.  A teapot trivet [which made #9 in my collection]. 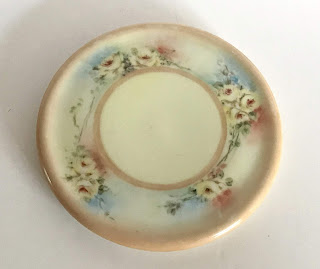 I researched the marking on the back and found it was a German company founded in 1845 that quickly became the second largest porcelain factory in Silesia.  The backstamp indicates it was made between 1909 and 1934. 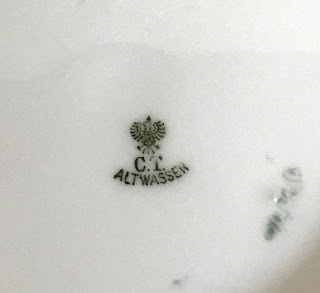 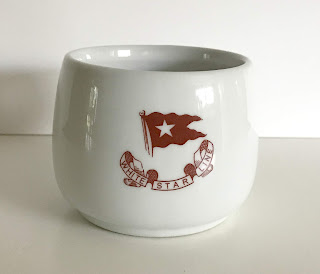 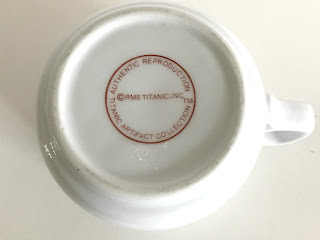 A Timex bicycle desk clock for my son, Steve.  He was in a church bicycling group 9th - 12th grade, and when he became a youth pastor, he organized a bicycling group modeled after it. Whenever I see bicycles I think of him. 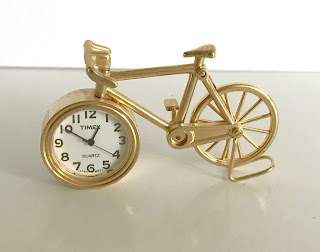 And a commemorative teacup from Queen Elizabeth II and Prince Philip's 1959 visit to Canada. 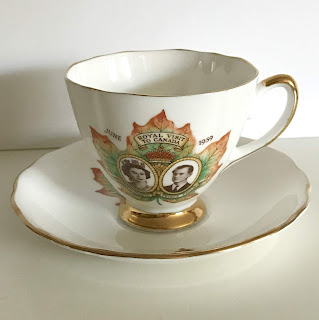 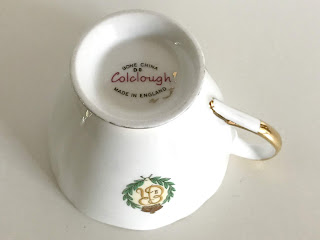 I'm in recovery mode today following my 10-day tea trip and activities since returning. Saturday was Evie's birthday party, and yesterday was my program at the assisted living's monthly tea, so today I'm chillin'.  Our daughter went back to her house this afternoon after being with us for six weeks while she recovered from surgery.   I miss her already.

My program yesterday was a travelogue of the tea trip. I learned I could create an album on my iphone and have the pictures projected on their large screen Apple TV for the residents to see.  Gotta love technology!  The script I wrote will help me with my blog reviews.

Yesterday's attendance was low because they moved the regular time of the tea from 2:00 o'clock to 10:30 a.m.  The residents had a Memorial Day parade to attend at 1:00 p.m.  But those who were there seemed to enjoy seeing the pictures of Atlanta, Savannah and Charleston.  I gave each of them a bag of salted peanuts as their treat in honor of President Jimmy Carter's home state! 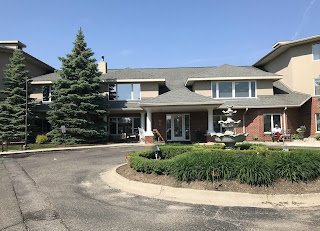 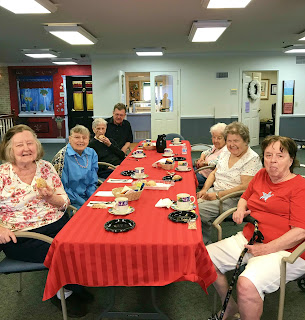 Posted by relevanttealeaf at 6:11 PM