I hope you had a good weekend and enjoyed celebrating St. Patrick's Day.  Last Friday afternoon my hubby asked if I wanted to go to a pub to eat.  He's a school board member and received a gift card to the pub from one of the elementary schools during Board Appreciation Month in January.

Roger's Roost is close to our house, yet this was our first visit.  The duo from American Pickers TV show would have loved it with all its memorabilia from times past.  I discovered the pub was established in 1968. 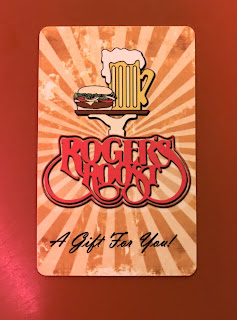 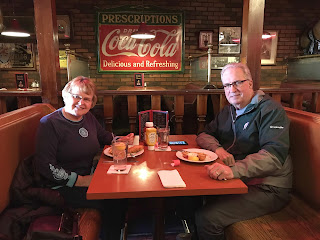 It was late afternoon so the lunch hour had passed, and it wasn't time for the dinner crowd - a perfect time to go. 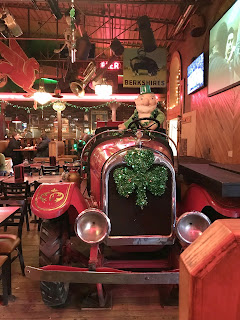 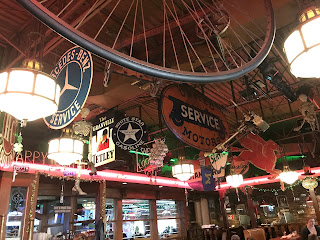 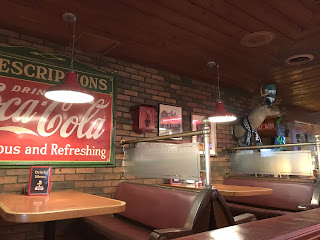 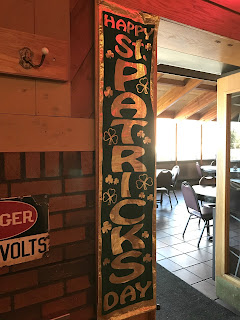 Barnes and Noble sent an e-mail that the Beatrix Potter book I ordered had arrived, so from the pub we went to pick it up. I will begin reading it today as my presentation is this coming Sunday. 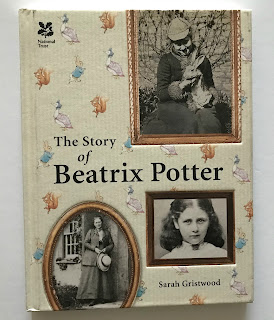 A large Marshalls/Home Goods store is right next door, and I never pass up an opportunity for a quick stop when I'm in the area.  I was hoping a 222 Fifth teacup in the Sydney pattern might have come in, but no such luck.  I was pleasantly surprised to see dessert plates and bowls in that pattern, however, so they came home with me. 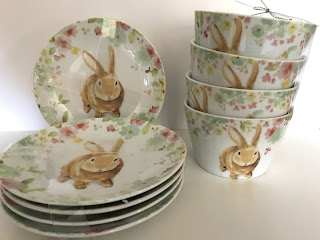 And these cute bunny napkin rings. 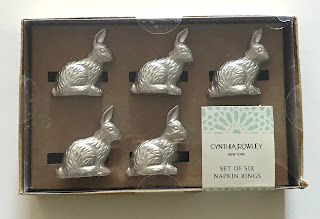 When we got home I called seven Home Goods stores within a 40 mile radius searching for one more bunny teacup, to no avail.  Guess I'll just have to hope they bring the pattern back again next year at Easter time.

Saturday was a full day.  After breakfast Jerry and I went to Ikea to purchase a wall storage unit for my newly renovated office.  Ikea opened in nearby Canton, MI in 2006, but this was our first time to shop there. Oh!  My!  Goodness!  What a store!  It was almost overwhelming.  Since it was Saturday, it was packed with people. 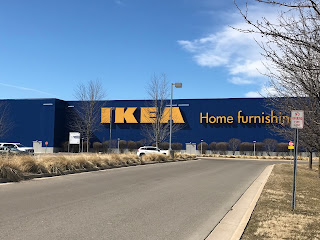 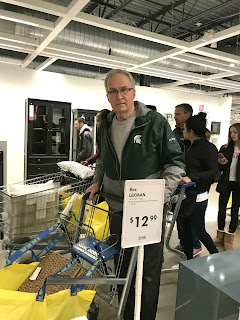 Below is the compartmentalized unit I bought, only  a bit larger - mine is about 6' tall and has 25 compartments.  Lots of storage for all my 'stuff.'  ;-)  I got a new desk chair, and a small work table too. 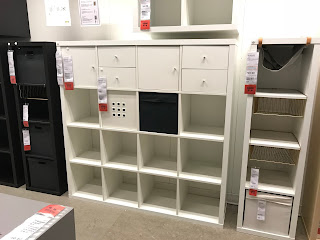 Then it was back home to work on emptying out the contents of the two computer desks so hubby can dismantle them to paint.  I sorted, pitched and shredded. It will be an ongoing task from the guest bedroom, but it's out of the office. My computer desk never looked so orderly!  ;-) 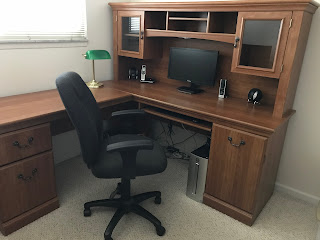 By 10:00 o'clock last night the office was bare and empty of 'stuff.'  I can hardly wait to get rid of the two bulky computer desks, and have a nice compact, efficient work space.  I had a nostalgic moment before shutting the light off at bedtime, reflecting back 40 years earlier when this was our son's bedroom with a red, white, and blue theme. Our country's Bicentennial was still fresh in everyone's mind, so one wall had a Revolutionary War wallpaper mural that was accented by royal blue carpeting.  Even at eight years old Steve loved history, and later it was his major in college.  How quickly the years have passed! 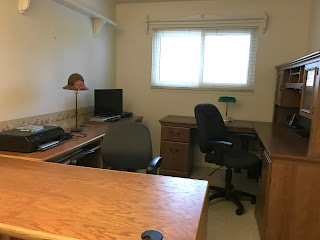 This will make the fourth transition for this bedroom.  Onward and upward - nothing is forever [except eternity]! 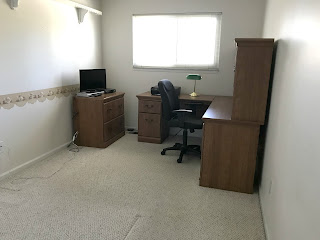 Posted by relevanttealeaf at 12:06 PM