My hubby and I both activated our DNA kits online today that we received for Christmas. We filled the tube with saliva and placed it in the mailer that will make it's way to Utah tomorrow.  In roughly six to eight weeks the results of where I came from will be sent to me online. Amazing, isn't it?  I'll keep you posted.

I probably wouldn't have bought the kit myself, but our daughter-in-law bought one for Steve a year ago at Christmas, and being the inquisitive history buff that he is, he was anxious to compare his DNA to ours to see which one has the greater influence.  Hence he purchased our kits.  His DNA was European with 45% Great Britain, 16% Ireland, and other regions with lesser percentages.  Genetic information is, indeed, fascinating. 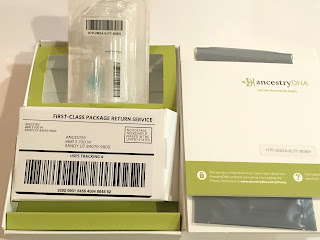 While science and technology provide newer and more detailed genetic information, I also hold dear what the Psalmist said of our Creator/Heavenly Father in Psalm 139: "...You created my inmost being; you knit me together in my mother's womb.  I praise you because I am fearfully and wonderfully made.  Your works are wonderful, and I know that full well. My frame was not hidden from you when I was made in the secret place.  When I was woven together in the depths of the earth, your eyes saw my unformed body.  All the days ordained for me were written in your book before one of them came to be..."

Our neighbor of 38 years lies in ICU tonight, after having just celebrated his 75th birthday yesterday.  His brief, unexpected illness is sobering.  While I may not know the earthly regions of my ethnicity yet, I'm so thankful that through Jesus Christ I can be certain I've been adopted into the family of God, and He is my eternal Father. Someday it won't matter where I came from, but it's imperative that I know where I'm going and preparations for eternity have been made. 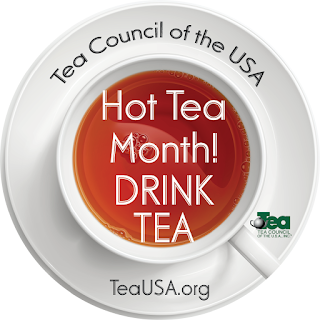 January is Hot Tea Month, and I can't think of a better way to keep warm during the frigid, record-low temperatures and blizzards occurring across the country, than by drinking copious amounts of hot tea.  It's 1 degree in southeastern MI right now.  As the song goes, "Baby it's cold outside!"

Here's to tea and staying warm! 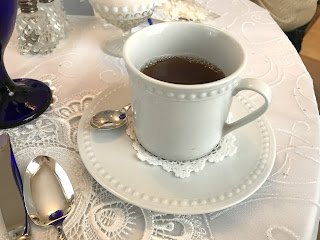 Posted by relevanttealeaf at 9:06 PM