Following the purse exhibit, we had reservations for the second seating of Afternoon Tea at 1:30.  It was St. Paul's first public tea paired with a HeART museum event, and it was lovely.  It was held in the parish house parlor which was beautifully restored in 2014.   It made us wonder if any old Detroit churches could do something like this???


The Christmas decorations were still up, so the hallways and parlor were festive. 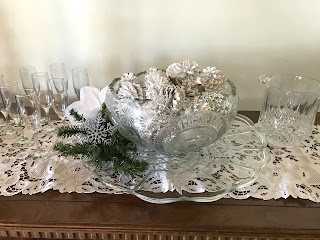 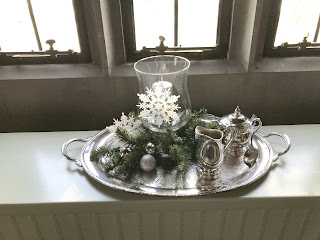 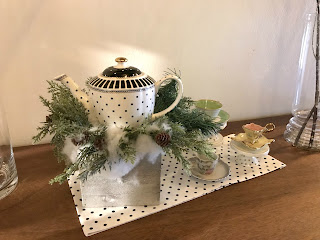 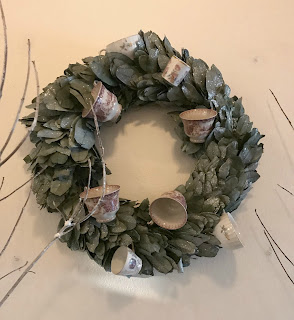 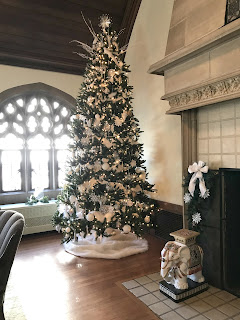 It was such an elegant 'Old English' atmosphere, perfect for Afternoon Tea. 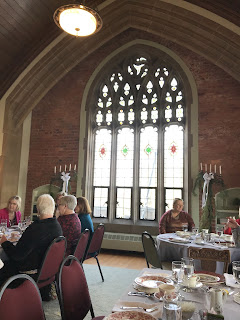 At my place setting was lovely red transferware. 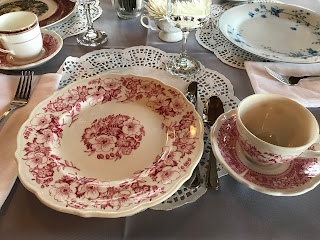 The black tea served was two blends - Samurai Chai Mate and Golden Monkey by Teavana that will be their signature blend.  It was very good - I don't think I've ever had a tea from Teavana that wasn't good [albeit a bit pricey].  The attentive servers kept our teacups filled throughout the entire tea. 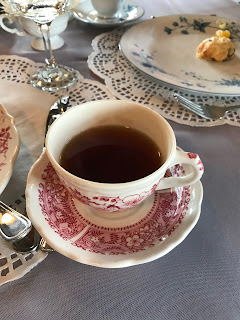 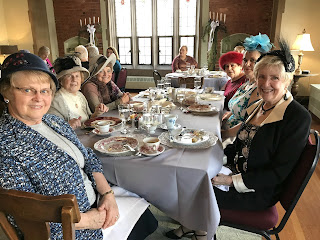 The tea began with an assortment of homemade scones that were so light and flaky. 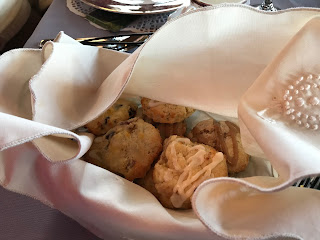 They were followed by a mini cheese and onion quiche and a lentil salad stuffed cucumber. 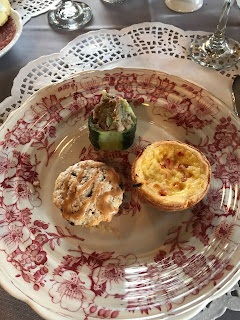 ~ Next came the three-tiered server ~ 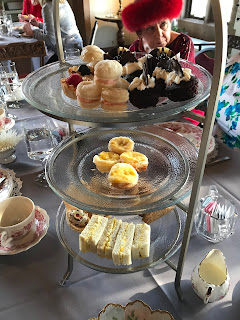 On the bottom were sandwiches:  Egg Salad Fingers on White Bread, Salmon on Wheat Triangles, a pastry spoon filled with Olive Cream Cheese Spread, and a savory Macaron. 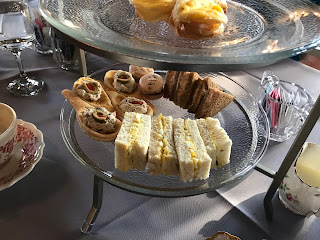 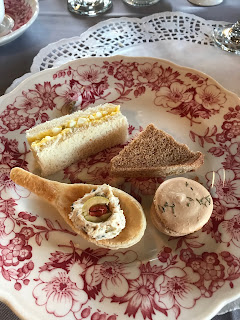 In the center were Maids of Honour Tarts - a traditional English Puff Pastry shell filled with a cream cheese and lemon curd filling [originally cheese curds] and baked.  The pastry dates back to the days of King Henry VIII.  It is said when he saw Queen, Ann Boleyn, and her maids eating the tartlets, he demanded a taste.  He found them delicious and named them after the maids.  Then he confiscated the recipe and locked it up claiming they should only be for royal consumption.  Oh, that Henry! 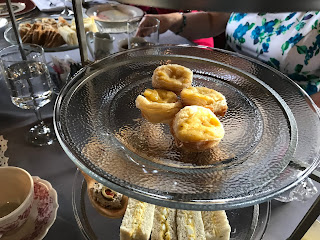 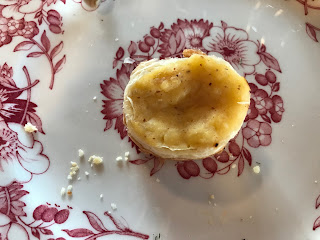 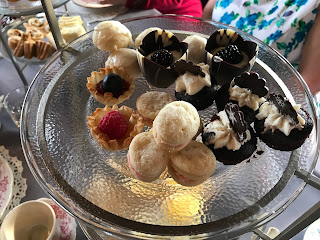 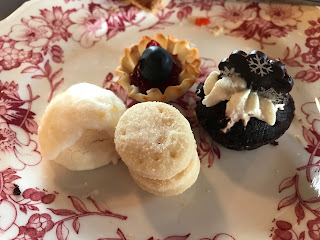 The exhibit and Afternoon Tea combined was only $20 per person.  A real bargain!  Since we were attending a purse exhibit, we all carried unique purses.  I carried my wool felt teapot purse made by a lady in Poland for the first time, Linda carried her vintage Lucite purse, Joanie carried a decoupage purse that she bought at an antique store with beautiful vintage ladies' photographs, and all the way down at the end is Louise with her glitzy champagne and bubbles fringed, shoulder purse. 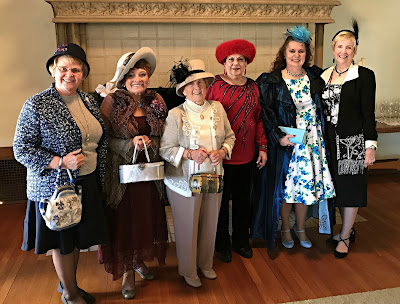 From the church we went to an antique store that had been recommended to Linda, followed by a stop at the Maumee Antique Mall.  It was a full and very fun day.  Thanks so much for coordinating this event for all of us, Linda.

Posted by relevanttealeaf at 9:31 PM