As we know, Columbus Day is celebrated as a state and federal holiday across the United States.  It began in 1792 as an Italian-American heritage celebration in New York, since Columbus was an Italian-born explorer.  The first state-wide celebration was held in Colorado in 1907.  The day was declared a federal holiday in 1937 by President Franklin D. Roosevelt commemorating Columbus' landing in the New World on October 12, 1492.  Since 1971, it has been celebrated on the second Monday in October.

Tis the day to bring out my Fitz and Floyd "Figures from History" teapot bearing the explorer's image - well, sort of!  ;-) 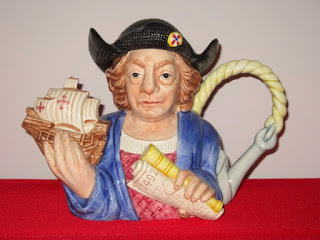 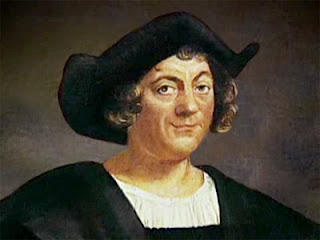 While Columbus found no tea to take back to Spain from his first voyage, he did return with allspice, vanilla, and red peppers.

A quick search for vanilla tea brought up blends from Harney & Son's and other tea purveyors.

Republic of Tea has Caramel Vanilla Cuppa Cake tea - a black tea with the flavors of old-fashioned Southern yellow cake with homemade caramel vanilla frosting.  It was inspired by the caramel cake in the movie, "The Help".  Doesn't it sound good? 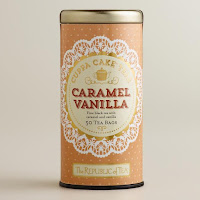 The only accessible vanilla tea for me today is Bigelow's French Vanilla, which is quite good.

What's in your cup as you celebrate Christopher Columbus Day?

Posted by relevanttealeaf at 11:02 AM