From the Fan Museum, we headed to three outdoor flea markets.  The largest, Greenwich Market, was established in 1737. 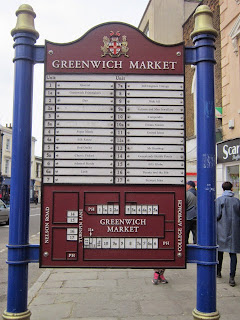 ~ One of the entrances to the market. ~ 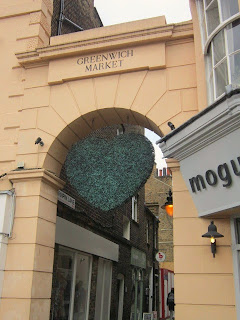 ~ Narrow walkway leading back to the market. ~ 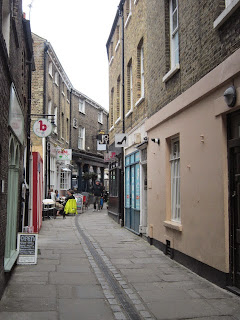 It was a Saturday, and the market was crowded with shoppers.  They're in the process of increasing the size of the market. 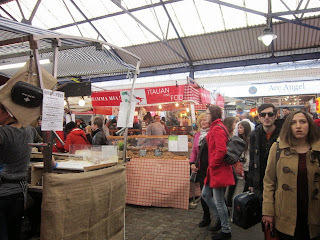 Lori found the Scripture [below] written over one of the entrances.  It's found in Proverbs 11:1 "A false balance is abomination to the Lord, but a just weight is His delight." 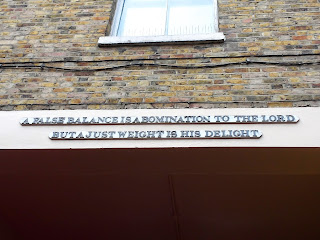 This vendor's booth was called "tea bird," and she sold teacups with candles in them. 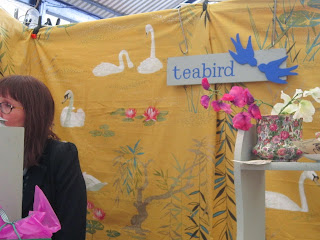 One entire section of the market consisted of food vendors.  The food looked yummy! 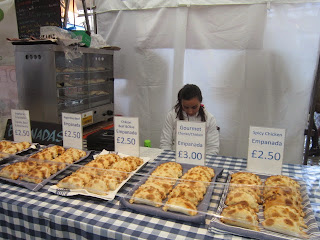 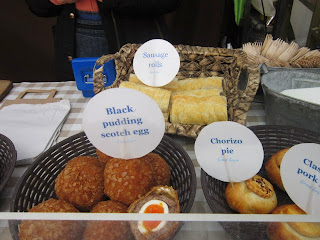 Another entrance to the market, which we used as an exit. 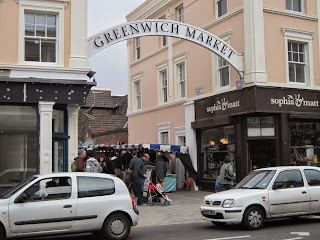 ~ A smaller vintage flea market in a different location. ~ 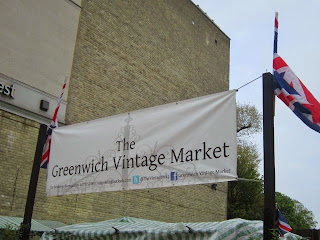 The clock tower market was the last of the three.  It was fun looking through all of them, but neither Lori nor I purchased anything.  I was pacing myself since it was only day #2,  and my nylon duffel bag would only hold so much.   The market had china trios for just £7, but none of them called my name. 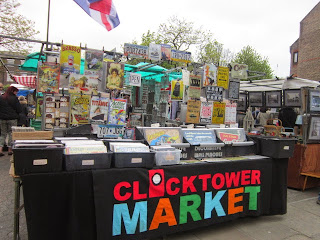 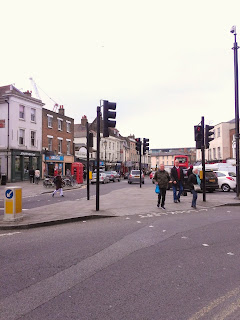 As we were walking back towards the tube station I saw a sign advertising the British-American drama, Woman in Gold, that was showing at a local theater.  I took a photo because I saw it shortly before I left for England, and wanted to blog about it, but ran out of time. It stars Helen Mirren and Ryan Reynolds, and Elizabeth McGovern [Lady Cora in Downton Abbey] plays the role of a U.S. Judge.  As a bonus there's even a tea scene! ;-) I enjoyed it very much, and recommend it if you haven't seen it. 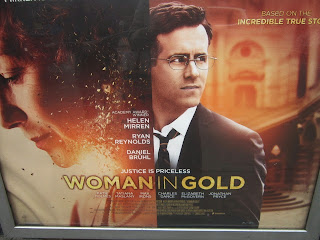 Near the tube station we had our first Fish and Chips dinner of the trip at a local pub called, The Spanish Galleon. 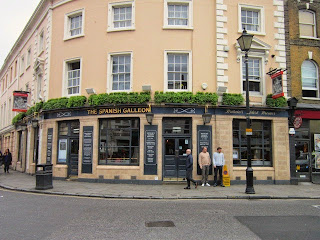 The procedure was to order at the bar and pay for it there, then a server brought it to the table. 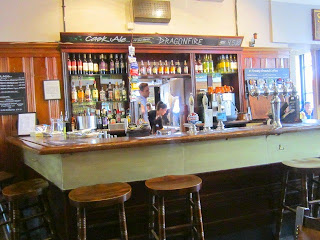 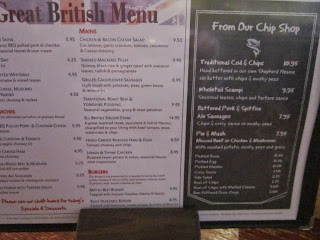 Yum!  Instead of coleslaw like we would typically get in the states, mushy peas came with the order. 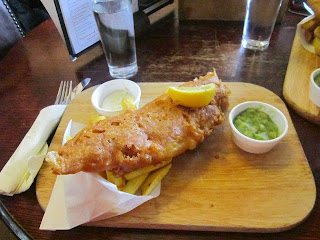 We got on the tube and headed back towards our hotel. At one of the tube stations [we transferred to three different tube lines] we saw Elvis!  I had to take the picture of him for my son, Jeremy. Thirty-eight years after his death, The King of Rock 'n Roll still lives on in London even though he never did a concert there. 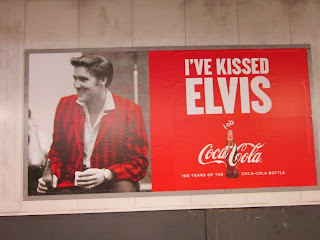 There was a shopping mall at one tube station, so this picture was taken for my granddaughter, Tiffany. 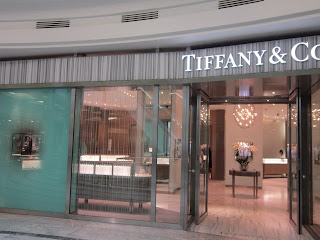 It was a busy day, but a fun one.  There's so much to see and do in Greenwich that one day wasn't enough. I've already made a list of other places I'd like to visit if I ever return.

Day #3 will begin with Kensington Palace - next week's post.