Eighty-five miles north of where I live is the quaint city of Frankenmuth, commonly referred to as "Michigan's Little Bavaria."  It was settled and named in 1845 by conservative Lutheran immigrants from Germany, with the purpose of spreading Christianity to the Chippewa Indian tribe.


In 1928 the Zehnder family [residents of Frankenmuth] purchased the New Exchange Hotel  and renovated it to resemble George Washington's home, Mt. Vernon.   The new restaurant, called Zehnder's, opened for business on Mother's Day 1929.  Zehnder's is now a world famous restaurant, with capabilities of accommodating 1,500 guests at one time.   Every year close to one million people enjoy their special all-you-can-eat, family style chicken dinners.
We've gone to Zehnder's for Thanksgiving dinner for the past two years, but not this year. 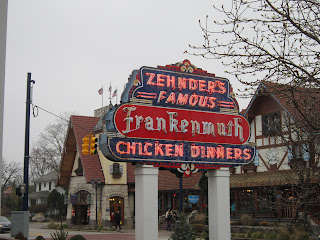 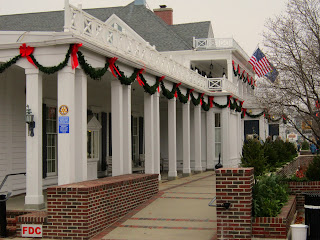 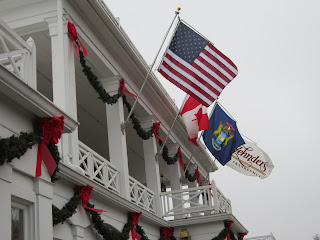 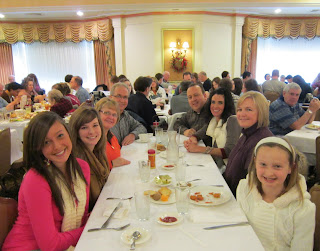 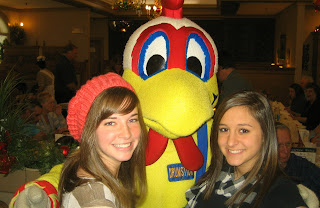 Lori [our daughter], with her daughters, Marissa & Tiffany 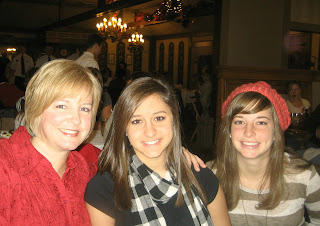 Across the street from Zehnder's is the Bavarian Inn.  It was once the restaurant of  Fischer's Hotel, and was purchased by the Zehnder family in 1950.   After a vacation to Bavaria, Germany the building was remodeled in Bavarian architecture and charm, and expanded to seat 1,200 guests. 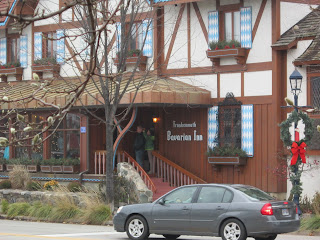 For a while, the Bavarian Inn offered occasional Saturday teas which my girlfriends and I attended.   The photos below are from their 2009 Winter Tea. 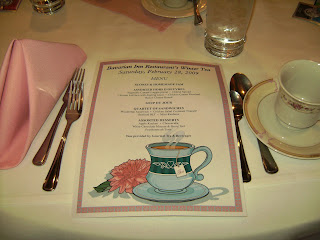 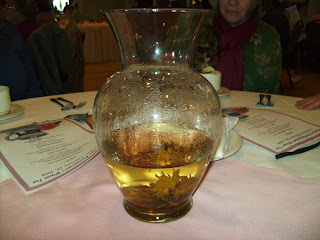 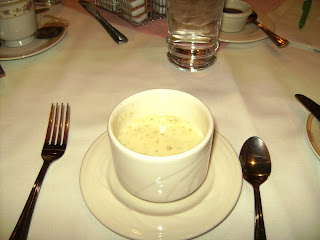 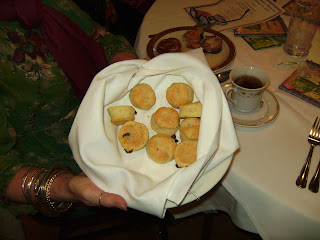 The tea was from tea bags and was good, but looked a bit unsightly on the tea table. 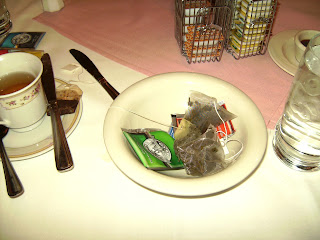 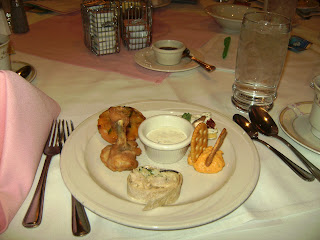 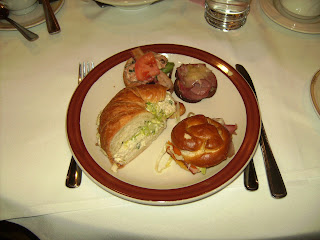 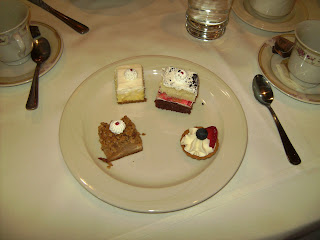 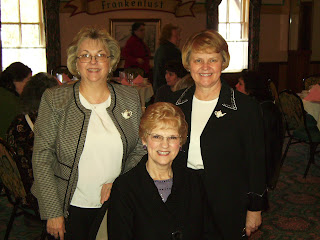 
A good time was had by all, and it was nice to see men and children in attendance too. 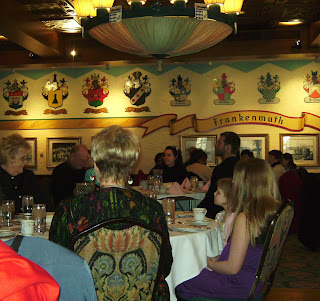