On Tuesday, November 13th I attended a Jane Austen Tea at  Longacre House in Farmington Hills, MI.   It was a sold-out event, coordinated by Linda Pudlik [in photo below]. 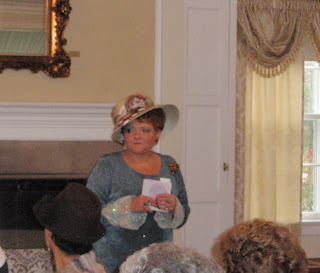 An artificial nosegay was at each place setting for attendees to take home. 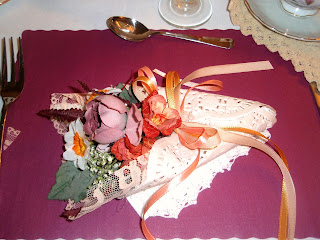 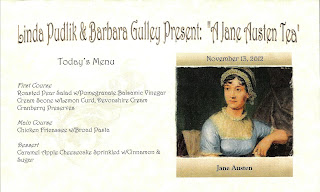 Barbara Gulley was the special speaker.   She shared a few words before the tea began. 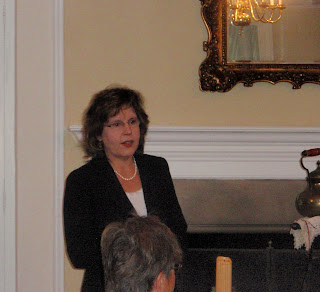 The first course was a Roasted Pear Salad w/Pomegranate Seeds and Balsamic Vinegar. 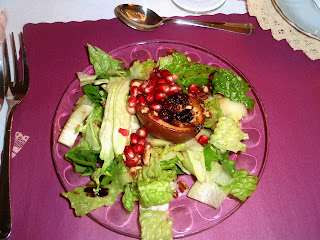 It was accompanied by a Cream Scone 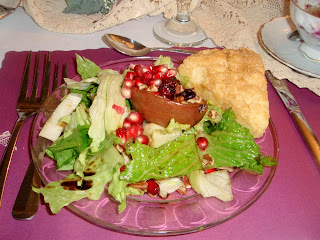 The main course was Chicken Fricassee with Noodles 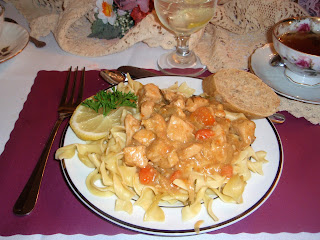 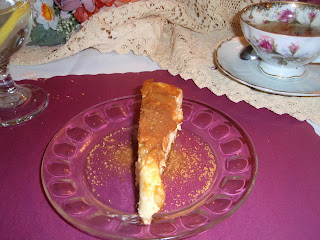 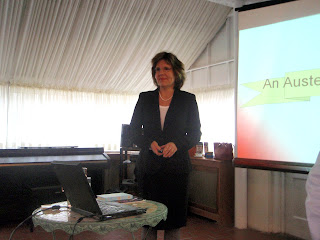 She began by sharing how and when tea came to England.  She mentioned that Jane liked to purchase her tea from Twinings in London, and drink it in Wedgewood china.   Her presentation was interestingly categorized:  Jane's Bio;  House in Chawton; Tea in the Morning [in Jane's time]; Tea Sources in Jane's day;  Tea Smuggling;  Regency Influence on Everyday Life [Servants, Attire, and Military/Politics];  Bath, England; and she concluded with Tea at the End of the Day. 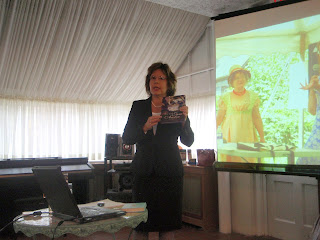 She highly recommended Jane Austen's Handbook by Margaret Sullivan, and Tea with Jane Austen by Kim Wilson.
She gave away a package of Jane Austen green tea which she obtained from Lito Gallery in Birmingham, MI.   It's part of their Literary Tea Collection.   I plan to buy some soon!
Kudos to Linda and Barbara for a wonderful afternoon!
Posted by relevanttealeaf at 7:30 AM