A few weeks ago I received an e-mail from 'Holiday Teas in Michigan' and it listed a tea at Gordon Hall in Dexter, MI.  Dexter is a neighboring community of Chelsea where my youngest son and family live.  My daughter-in-law and two granddaughters aren't tea drinkers, preferring Starbucks and Tim Horton coffee, but it sounded like a fun outing so I thought I'd run it by Samantha to see if they'd have an interest.  To my delight, they said they'd love to go, so I called and made reservations for four.

The tea was this past Sunday and our reservations were for the 4:00 p.m. seating.  The tea was hosted by the Dexter Historical Society and was a fundraiser for restoring the interior of Gordon Hall.  The cost was only $30 per person, so I wasn't expecting a 5-star tea.

Samantha said she passed Gordon Hall many times but had never been inside.  Being the history lover that I am, I read up on it before going.  Here's what I found in a nutshell:  Judge Samuel W. Dexter [founder of Dexter, MI] and his third wife, Millisent, [his first two wives died] and their children moved into Gordon Hall [named in honor of Dexter's mother whose maiden surname was Gordon] in 1844. 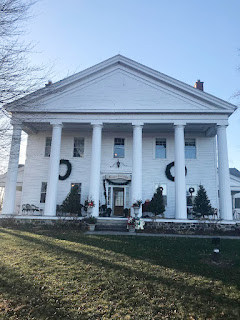 As prominent citizens, it's documented that the Dexters entertained two U.S. Presidents, James K. Polk and James Buchanan, and probably Millard Fillmore, since his brother, Calvin, designed Gordon Hall and was also a resident of Dexter.

When Judge Dexter died in 1863 his wife and eight children continued to live in the house, until Millisent's death in 1899.  The house was sold to two different non-family owners as several years lapsed, and didn't return to the hands of a family member until 1939 when Samuel Dexter's granddaughter, Katherine Dexter McCormick, purchased it.  In 1950 she gave the property to the University of Michigan who gutted the interior and made four apartments for faculty members.  In 2006 the Dexter Area Historical Society and Museum purchased the property. It's their intent to restore the interior to its original grandeur to be used as a wedding and special events venue. 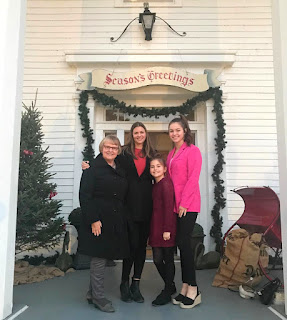 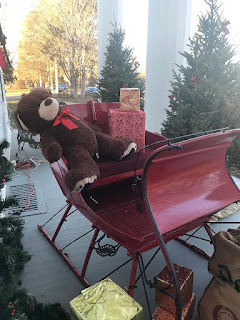 The tea was a simple one with cucumber and egg salad finger sandwiches on white bread, and chicken salad on wheat bread.  An assortment of four different cookies were desserts.  No scones and the tea was an unflavored black tea with milk, sugar and lemon pieces as enhancements. 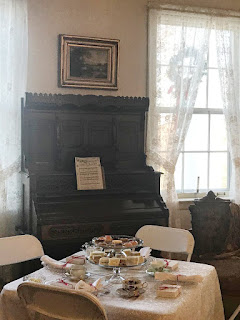 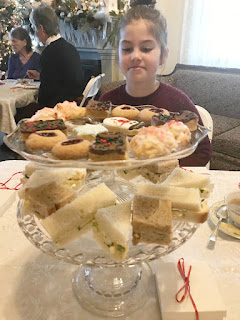 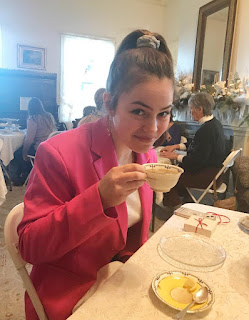 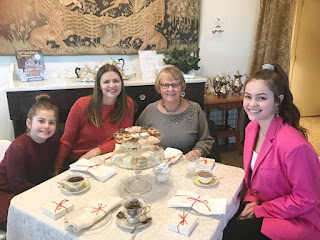 After our tea meal, a docent talked about the life of Millisent Dexter and another young lady impersonated Katherine Dexter McCormick [1875-1967]. Both women had impressive accomplishments. 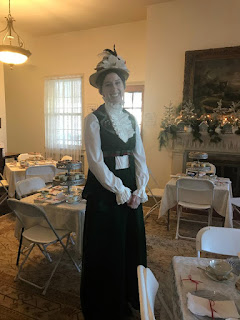 We toured the mansion where a room was set up as Judge Dexter's bedroom and also an 1840's kitchen.  The upper level had a HUGE display of Department 56 Villages. 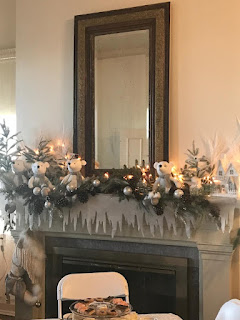 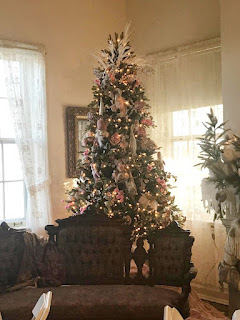 The Department 56 homes and buildings pictured below were displayed on the first floor.  I didn't take any pics on the second floor. 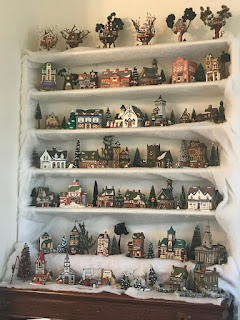 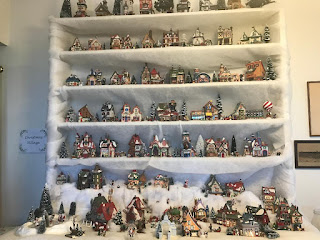 In spite of not being tea drinkers, Sam and the girls said they had a good time.

Posted by relevanttealeaf at 10:03 PM