Last Saturday following the Christmas Tea at The Whitney, I hurried home to change my clothes, then my hubby and I picked our daughter up and drove over to the Redford Theater for the 8:00 p.m. showing of It's A Wonderful Life on the big screen.  We have the DVD, but I had never been to the Redford Theater before, and nothing compares to watching a movie on a big screen, plus spending an evening with our daughter.

The Redford Theater, located at 17360 Lahser Rd., in Detroit, opened in Jan. 1928.  It has a seating capacity of 1,581 and today only shows old films.  We plan on returning in March to see Gone With the Wind.

The theater is like stepping back in time.  My hubby bought popcorn for him and our daughter, water bottles, and three boxes of chocolate candy for $15!  It would have been double that at today's modern theaters. 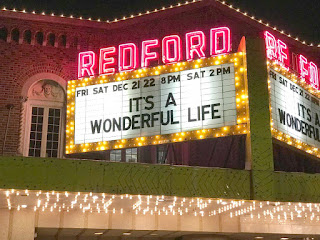 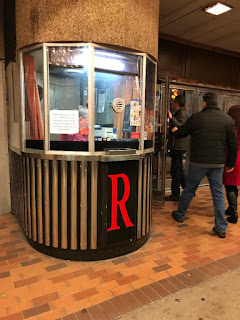 We arrived a little early [7:00 p.m.] to make sure we got a good seat.  Below are three pictures of the Oriental themed lobby. 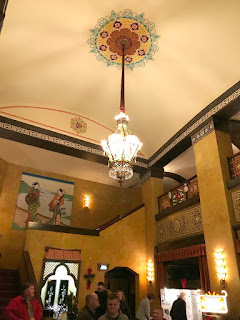 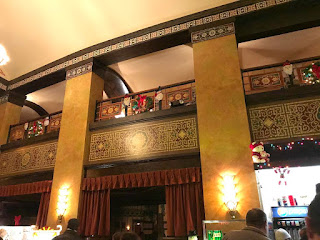 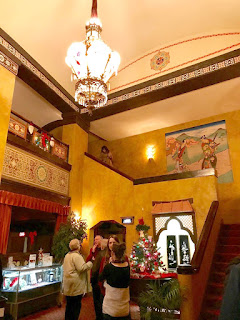 At the front of the theater was a HUGE Department 56 Village display for people to view. 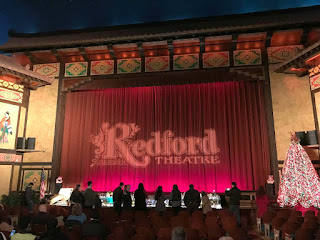 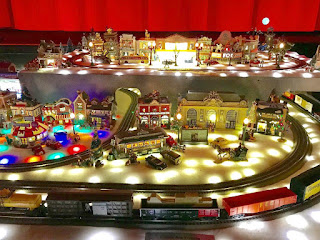 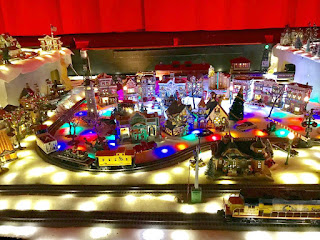 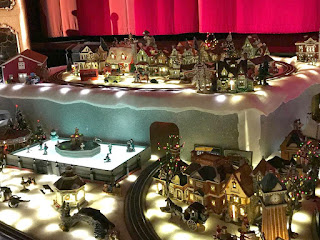 And a beautiful big Christmas tree. 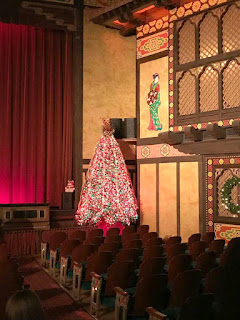 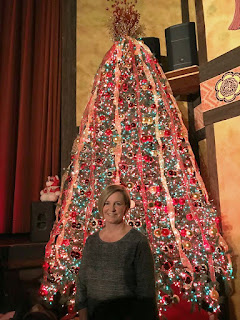 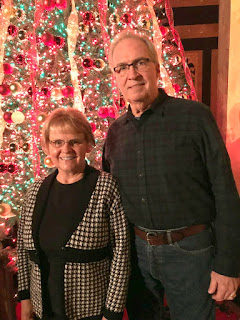 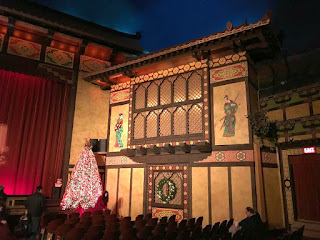 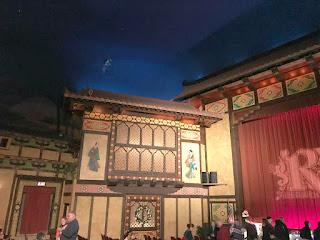 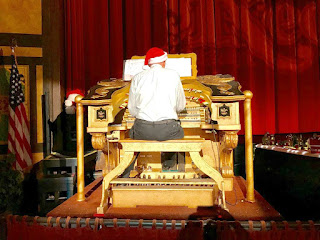 We were enjoying the movie when we heard a voice call out, "Is there a doctor in the house?"  They stopped the movie and turned on the lights so medical people could make their way to the balcony where the emergency was occurring.  The lady was transported to a hospital by EMS, and since the lights were on and people were milling around they decided to break for Intermission.  With all the commotion it was difficult to regain everyone's attention, and some left.  We stayed until the end to refresh our memories for the trivia game that we played on Christmas Eve.  It was a fun, relaxing evening and I look forward to returning to the theater in March.

For local readers go to www.redfordtheatre.com/events/ to view their upcoming film showings.  If you like old movies combined with a nostalgic atmosphere, you'll like the Redford Theater.

Posted by relevanttealeaf at 9:50 PM

Email ThisBlogThis!Share to TwitterShare to FacebookShare to Pinterest
Labels: Redford Theater; It's A Wonderful Life