2018 Christmas Tea at The Whitney

Saturday, December 22nd, was the annual Christmas Tea at The Whitney.  It was held on the second floor, which is where the bedrooms and ballroom were located when the Whitney's lived in the mansion.

I arrived at 10:00 a.m. to get my urns of water going.  We served our signature Christmas blend, Mistletoe Kiss black tea.  Below is a 'behind-the-scenes' photo.  The guests drank two 55 cup urns of tea, and two 36 cup urns, for a total of 182 cups of tea!  They were also served Mimosas. 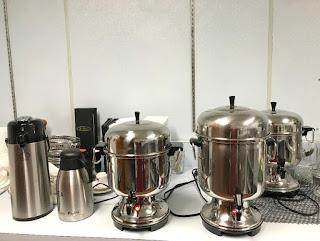 Below are servers, Paul and Debra, putting the finishing touches on the tables in Mrs. Whitney's bedroom. 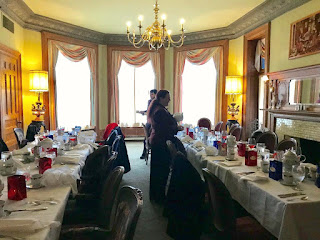 After the scones and soup & salad courses, the guests went out into the ballroom area where Dave Duey, the General Manager of Operations, greeted them, and Joel accompanied them on the baby grand piano for a Christmas tunes sing-along. 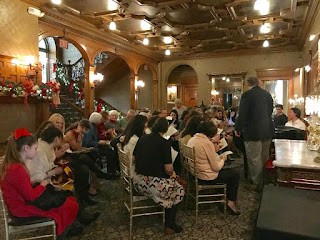 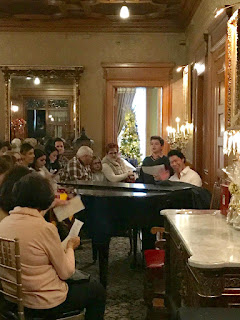 There were five men who were brave enough to accompany their wives to the tea even though they were greatly outnumbered by women.  What gentlemen and good sports!

After the sing-along, the guests returned to the dining areas for the savory and dessert courses. 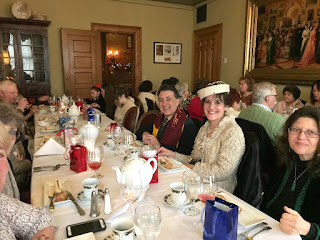 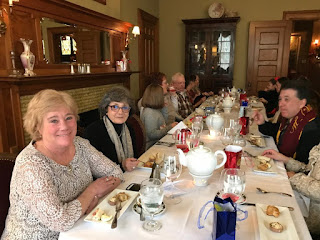 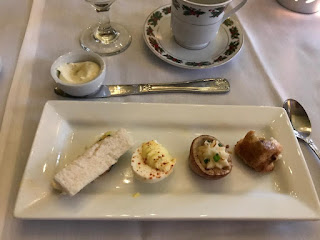 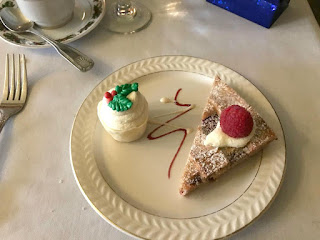 When the dessert course was finished the guests returned to the ballroom area where our tea blender, Mary Jones, of Intu Teas was waiting to read them Tom Hegg's story, A Cup of Christmas Tea.  It concluded the tea. 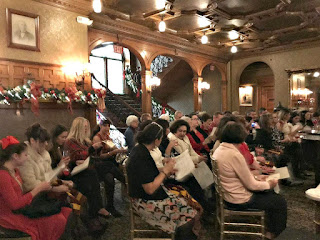 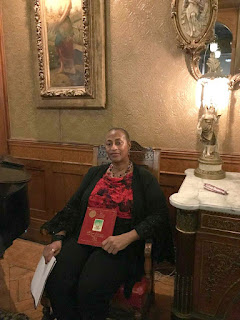 I was delighted to see Amy, a follower of my blog, in attendance.  Her husband was one of the five brave men, and won a Whitney scarf! 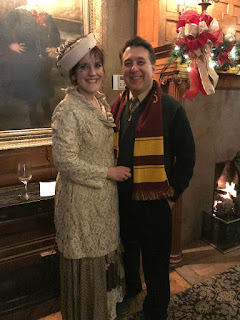 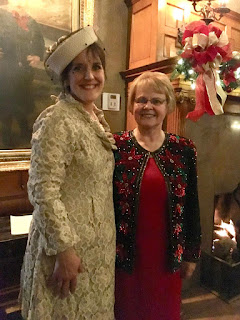 Christmas is definitely the season for tea at The Whitney.  I served 140 guests last week, one of whom was my daughter's friend, Katie. 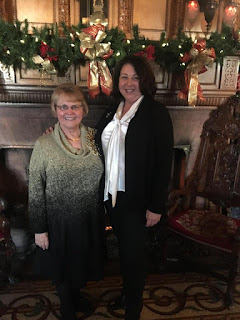 This week between Christmas and New Years will be busy too.  I served 46 guests today and Thursday and Friday will have over 50 each day.

Posted by relevanttealeaf at 9:45 PM