A Gift of Memories

Christmas is the perfect time to give the first album, and it will go to my granddaughter, Tiffany.  Since this is a time-consuming project, the albums will be on-going, and spread out over several volumes.  Volume #1 will be Tiffany's birth [July 1991] through her first Christmas.  She is expecting her second daughter this coming March, so I thought it would be fun for her to have an album of her own baby pictures.

I'm half-way through volume #1, and racing with the clock.  It's an after work/evening project since I'm working Monday thru Friday.  I'm a novice scrapbooker with limited equipment, so this album isn't fancy, but I think Tiffany will like it none-the-less.  I'm hoping she doesn't read this post!! 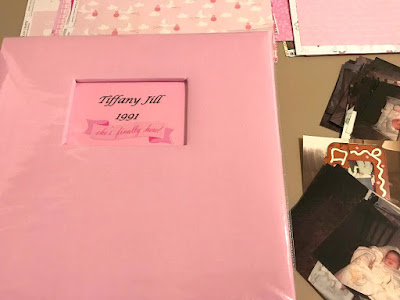 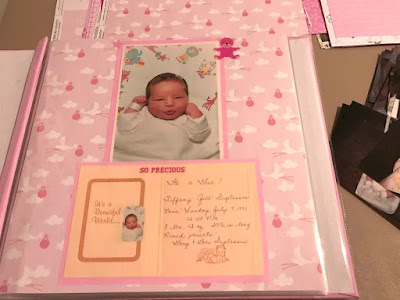 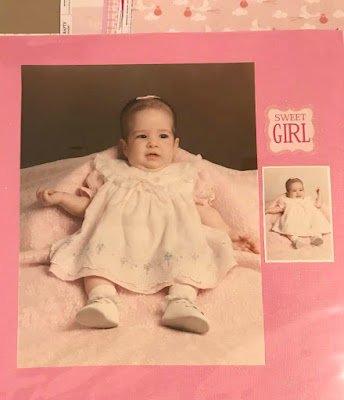 What Christmas projects are you working on?  I almost lost my 'Christmas Spirit' when I had to stand in a l-o-n-g line for one hour at JoAnn Fabrics & Crafts over the weekend to get scrapbooking supplies.  They only had two cashiers working to accommodate a wrap-around line that extended almost to the back of the store.  Grrrrrr!!!  Hopefully I've got all the supplies I need and won't have to return until after the holidays.

Posted by relevanttealeaf at 8:32 PM