It was a two hour and 22 minute drive from Charleston to Savannah, and we had 11:00 a.m. reservations at Paula Deen's The Lady & Sons Restaurant.  You cannot visit Savannah and not go to The Lady and Sons.

The restaurant has had more than one home over the years, but the current location is in the 200 year-old White Hardware building at 102 W. Congress Street.   It opened its doors in November 2003. 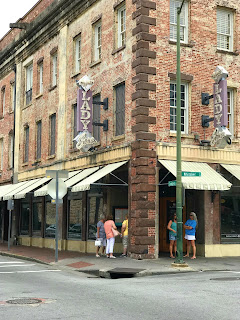 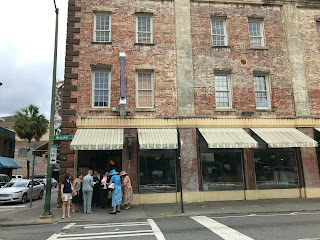 We arrived a few minutes before the restaurant opened, so we went to Paula's store that was nearby. 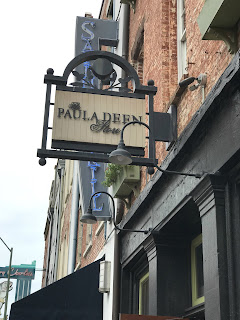 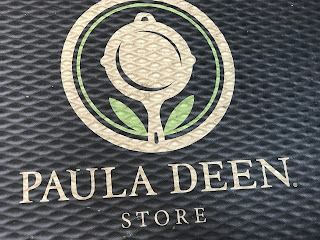 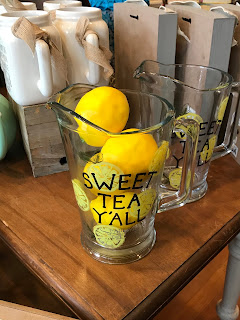 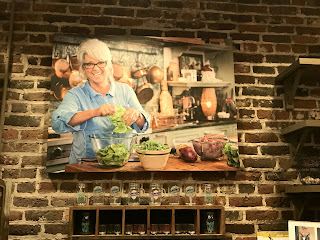 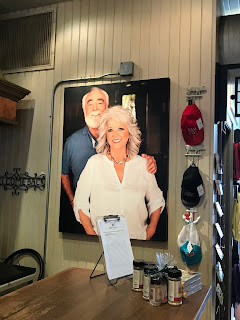 I only bought a cute little 'onsie' for my great-granddaughter.  Then it was time to go to the restaurant.  We were among the first diners when they opened at 11:00 a.m.  They take reservations now, so there wasn't a long waiting line to stand in. 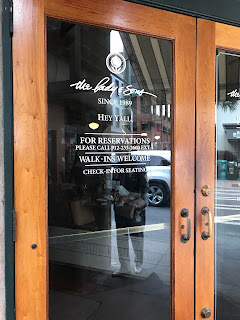 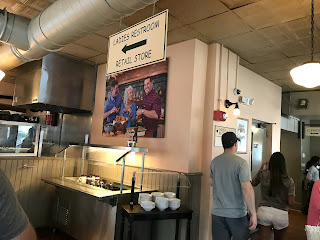 We had the option to order off the menu or go to the buffet, and we all went to the buffet.  Like Mary Mac's in Atlanta, it was southern cooking at it's finest. 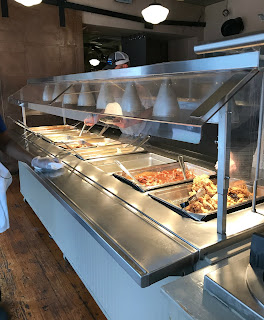 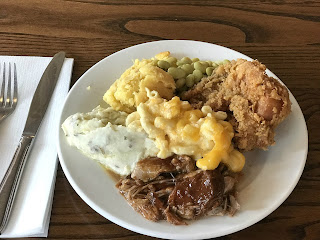 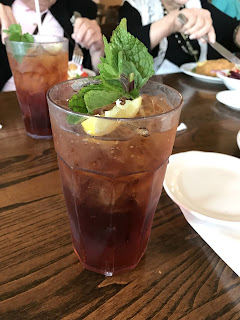 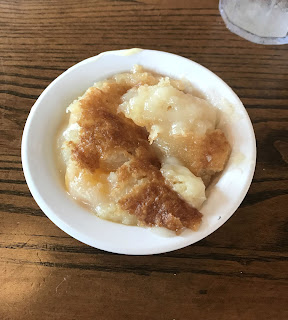 It wasn't long after opening that the restaurant began filling up with patrons. 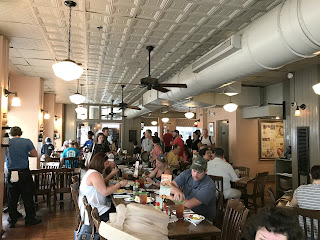 When we finished eating it was still too early for us to check-in at the Ballastone Inn, so we decided to walk down Broughton Street [the main shopping street in downtown Savannah].  It was Sunday, so not all of the stores were open, but we found a few to browse in.  The first one we went into was Paris Market. 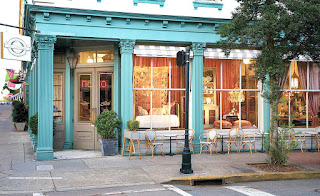 It was a very interesting store, with a café that served tea and macarons [and coffee, pastries, and other things], but we were too full to even think about more food and beverage. The café is modeled after a Parisian café in the sixth arrondissement.  I wrote the name of the store in my notes and will definitely go back on a future visit.  It's probably the closest I'll ever come to having tea in Paris.  Below was their tea display. 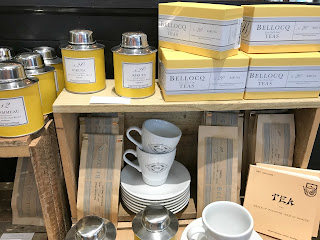 I had never heard of Bellocq Tea so had to look them up when I got home.  The six-year-old high-end company is based in Brooklyn, New York. 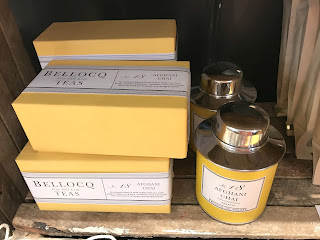 From Paris Market we meandered down Broughton Street until it was time to go to Ballastone Inn, where we spent our first night in Savannah. This inn was one of the highlights of our time in Savannah.  Next post...

Posted by relevanttealeaf at 6:10 PM