After a good night's rest at the Hilton Garden Inn in Knoxville, TN Jerry loaded the van at 8:00 a.m. for a 8:30 departure.  This was the last time my hubby would have to load luggage for 10 ladies, plus purchases - not that he ever complained. 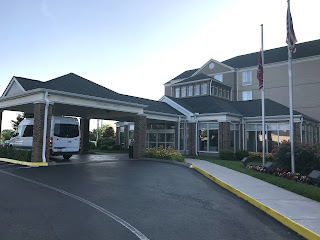 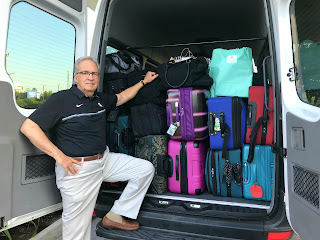 When we got on the van, Teresa, one of our traveling companions, had placed a bag of candy on each lady's seat. 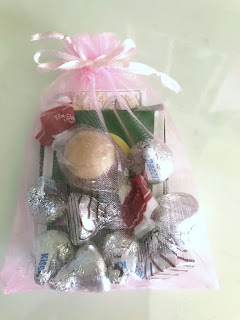 She asked me before we left home if she could coordinate a murder mystery game to play in the van to pass the time away.  After receiving the green light, she contacted everyone to see which character they wanted to be.  Day 10 was a five hour ride to Dayton, Ohio so it was the perfect time to play the game. 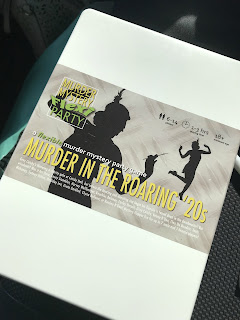 Teresa was Gray Catsby, owner of Catsby Hall [his summer residence].  He invited his most talented and wealthy friends to a charity gala event, but before the dancing and donations began, his fiancée, Ginger Whiskers, was found dead in the dumbwaiter! 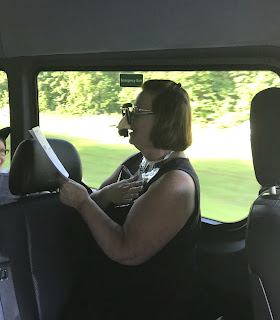 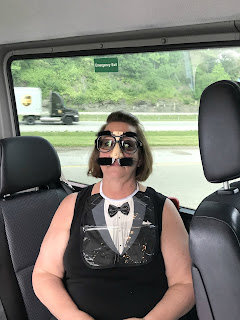 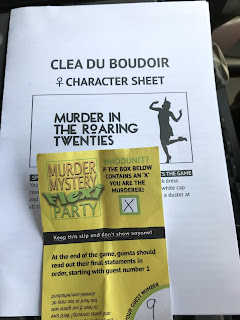 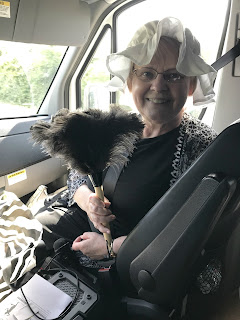 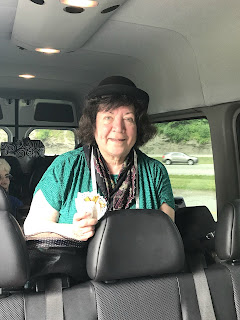 When it was time to vote on who we thought the murderer was everybody voted for Boo Boo B'Doo - Linda Pudlik.  To their complete surprise, I was the murderer!  ;-)  Thanks, Teresa for making our travel time so much fun.  When we stopped at a rest area, we got a group picture of the entire cast. 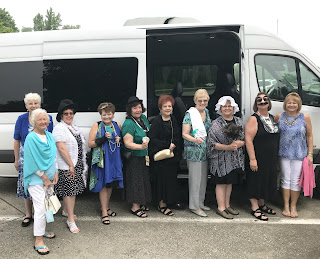 Then it was back in the van to keep our 1:30 p.m. reservations for Afternoon Tea at CommuniTea tearoom in Dayton, Ohio.  It would be our last Afternoon Tea of the trip.  We had a total of nine Afternoon Teas at a tearoom or hotel, plus the one Judy treated us to on the van at the beginning of our trip, plus Teresa's tea and chocolate pairing.  Not to mention the three great meals at Mary Mac's, Paula Deen's and Mrs. Wilkes.

Next [and last post of the series] CommuniTea Tea Room...