For children's Christmas concerts and unexpected packages in the mail.

Yesterday, my hubby and I drove to Chelsea, MI for granddaughter Isabella's 7th grade band Christmas concert.  It's always a joy to watch her perform.  While waiting for the concert to begin I took a photo of Papa and Ellie in her Christmas penguin outfit. 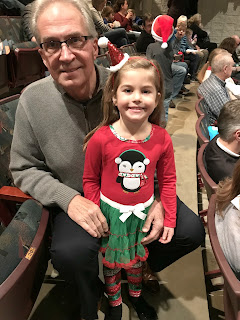 Izzy is 3rd chair clarinet, so it was difficult to get a photo where she could be seen. I'll have to talk to the band director about moving her to the first chair for the next concert!  ;-)   I indicated her with an arrow in the photo below even if it is just the side of her face. 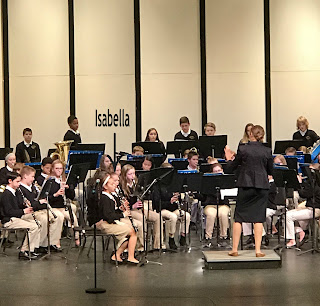 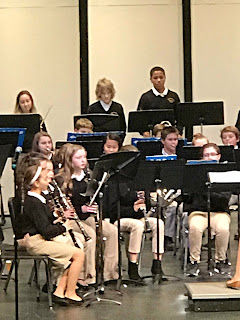 We took photos in the 'student commons' area after the concert. 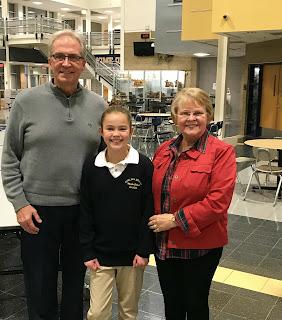 Landon was missing because he was away on a sports trip to Florida with his dad. 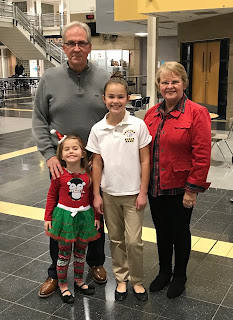 One of Izzy's friends saw Samantha taking our pictures and offered to take one so she could be in it too. 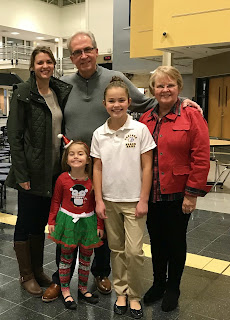 After the photo shoot Papa treated us at Big Boy's restaurant.  His favorite dessert there is Hot Fudge Cake. 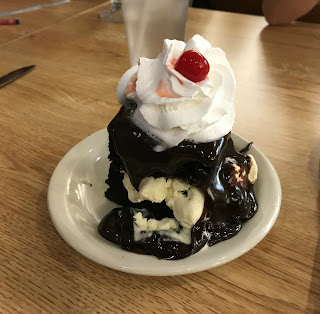 I've been trying to watch my calories lately, so I knew I couldn't order that.  A week ago I made a 12 quart stock pot of cabbage soup that I've been eating every day.  It's like the widow's jar of flour that wouldn't run out that Elijah talked about I Kings 17:14!  I'm weary of eating it, but will keep on until it's gone.  I rationalized that since pumpkin is a vegetable, I could have a piece of pumpkin pie!  ;-) 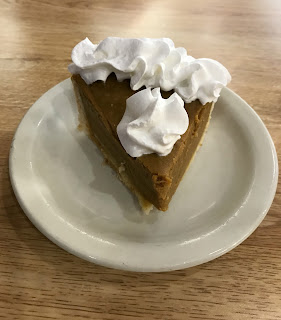 Last week I received a mailing envelope from my girlfriend, Sandy.  Not expecting anything from her I hurriedly opened it. 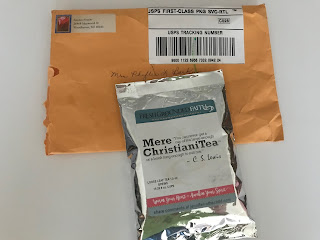 Inside was a package of 'Mere ChristianiTea' from Fresh Grounded Faith.  Author and speaker, Jennifer Rothschild holds events for women of all ages, denominations, and ethnic groups in cities around the country to empower them to live a tenacious faith in Christ. Jennifer was in Detroit for a women's event October 20-21, and Sandy must have attended, and purchased some of her tea.

I didn't have time to sample it until this morning.  It's a robust, unflavored black tea, perfect for beginning the morning.  It's packaged by Churchill Coffee Company in Springfield, MO. [A coffee company that distributes tea can't be all bad! ;-)]  The cover of the package has the quote by C.S. Lewis - "You can never get a cup of tea large enough or a book long enough to suit me." 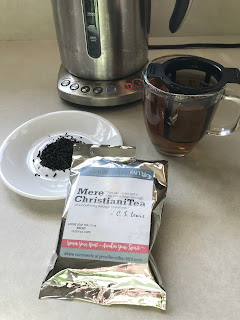 Mere ChristianiTea was perfect with my breakfast this morning - pumpkin oatmeal with chopped walnuts on top.  I added just a tad of honey to the tea  Thank you for thinking of me, Sandy! 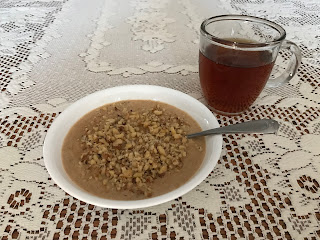 It was great with my devotion this morning too - Imperfect, Yet Loved from the Nov. 30th devotion in Our Daily Bread booklet.  I was six days behind in that particular devotional, but it's as meaningful today as it would have been on Nov. 30th.  The devotion is based on Romans 5:8 "God demonstrates His own love for us in this:  While we were still sinners, Christ died for us."  I'm so thankful for that! 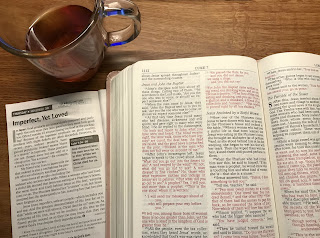 Posted by relevanttealeaf at 1:23 PM