Yesterday we left home around 8:30 a.m. bound for Chelsea, MI [68 miles west of our home] to see our three youngest grandchildren in their Christmas musical at church [Chelsea Free Methodist].


Isabella before the program began wearing her lavalier microphone. 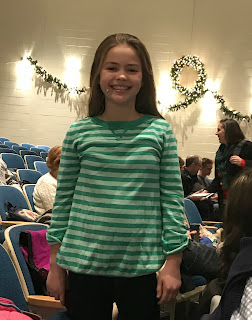 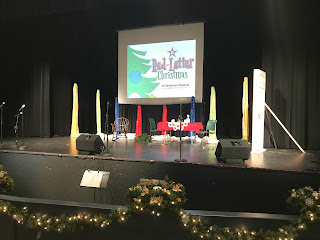 The musical was called Red-Letter Christmas 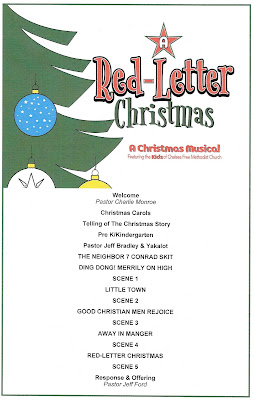 Landon was one of the Christmas Story Tellers, so his group appeared on the stage first. 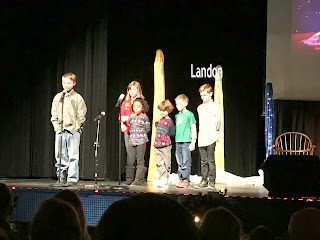 Then Izzy in a skit. 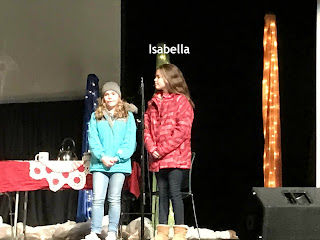 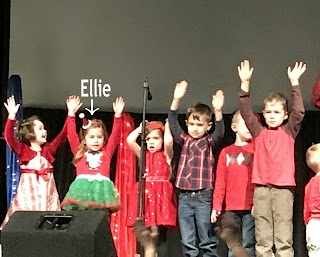 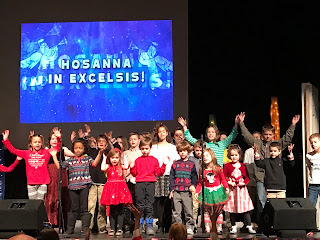 Christmas cookies and hot chocolate were served afterwards [and coffee and tea for the adults].  It was hard to round-up everyone for a picture, so I settled for one of Jeremy and Landon. 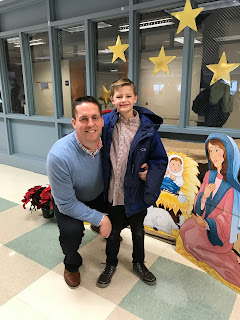 We went out to dinner afterwards, and then back to Jeremy and Samantha's house.  We watched the 1983 movie, A Christmas Story - Ralphie Parker and his family's Christmas experiences. 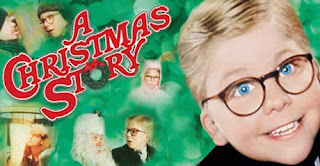 Jeremy didn't realize the house where the movie was filmed still exists in Cleveland, Ohio, with a museum right across the street.  I can see a trip to Cleveland in his future!  Notice the leg lamp in the front window!  ;-) 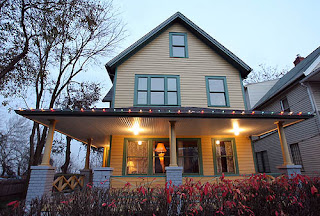 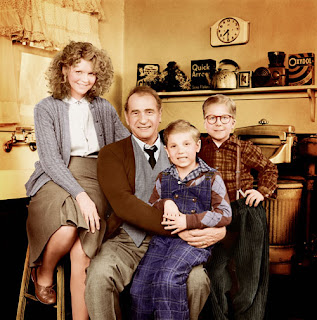 There's even a Department 56 Parker House available on Amazon for $37.93 for Christmas Story movie lovers! 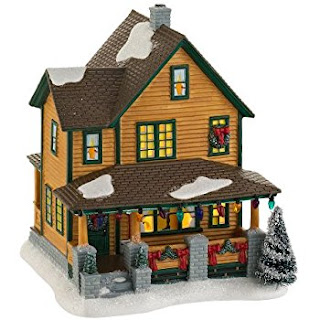 Back in the day when our kids still lived home and we were a family of five, my mother knitted five Christmas stockings in graduated sizes that we hung above our fireplace.  Even after our two oldest children married and gave us four grandchildren, we still used them [as seen in the background in the photo below]. 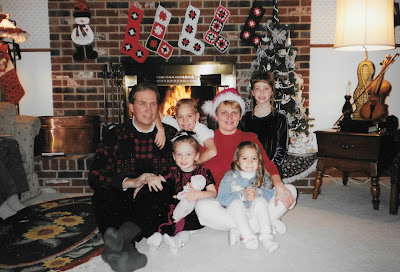 After the family room renovation, and just Jerry and me living in the house, I packed them away, never to be used again at this fireplace.

Below is what the same fireplace looks like in 2017 with just two stocking hanging from the mantel. 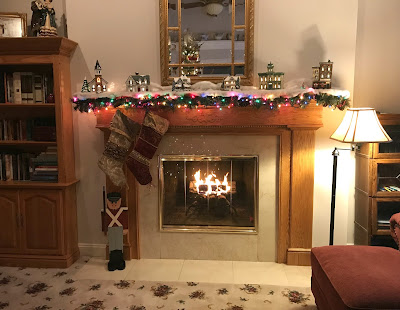 When decorating this Christmas, the stockings my mom made came to my mind.  There are five in Jeremy's family now, so perhaps they'd like to hang the stockings from their fireplace to keep my mom's memory alive.  Samantha said she would like them, so I took them to her yesterday.  If my mom could look down from Heaven and see the stockings hanging from Jeremy's fireplace, I know she'd be happy. 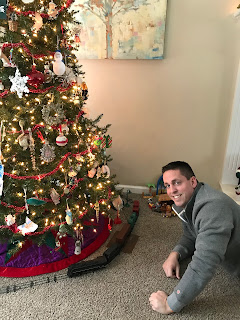 It was a wonderful family day!

Posted by relevanttealeaf at 5:01 PM