Ever since I heard about the BBC film, [Queen] Victoria and Abdul, released in the United States on September 22nd of this year, I knew I wanted to see it, but I had to wait until a theater within reasonable distance of my house was showing it.  It finally came to AMC in Sterling Heights, MI, and Jerry and I went to see it yesterday afternoon. 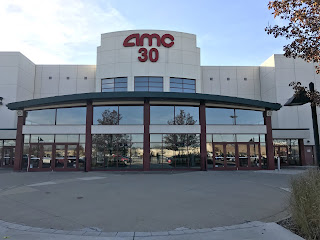 Have you seen it?  If not, I highly recommend it.  It's a true story about a young [24 year old] Indian clerk, named Abdul Karim, who was one of two clerks/servants chosen to go to London to present Queen Victoria with a gift from India [a ceremonial coin] commemorating her 50th year on the throne [Golden Jubilee] in 1887.

He intended to return to Agar, India after the coin was presented, but he found favor with Queen Victoria, and stayed until her death in 1901 [a 14 year stay].  The two forged an unlikely and devoted alliance that her household and inner circle tried to destroy.

It stars Judi Dench and Ali Fazal, and is described as a Drama/Biography, filmed at one of Queen Victoria's residences - Osborne House on the Isle of Wight.  The movie, which began filming in 2016, runs 1 hour and 52 minutes. 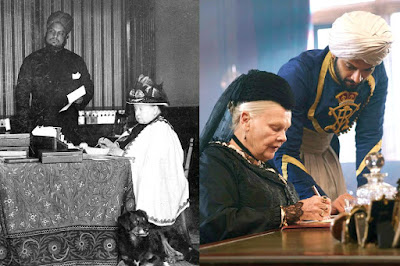 It's based on the book, Victoria and Abdul: The True Story of the Queen's Closest Confidant by Shrabani Basu, published in 2011. It took her five years to research and write.  Abdul's diary/journal was presented to her in 2010 by a descendant of Abdul's, over 100 years after Queen Victoria's death.  Her son, King Edward VII, attempted to eradicate their platonic relationship from royal history by burning all correspondence between the two of them upon her death, and promptly deported Abdul back to India.

There are interesting and informative Internet articles about Queen Victoria and Abdul to follow-up the movie, as well as the book.  It is said Abdul was edited out of the Queen's own journals by her daughter, Beatrice.

There are tea scenes in the movie from the get-go [both in India and Great Britain], as well as humor.  I promise, this movie will not disappoint you. 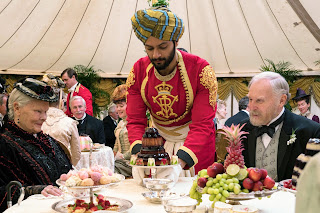 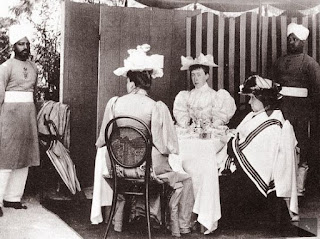 And speaking of tea... I brewed myself a cup from the second tea sample I received from Plum Deluxe Tea - Comfort Blend black tea, and am sipping it while I type this post. 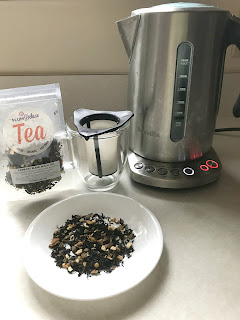 The organic Ceylon black tea is blended with Cinnamon Chips, Orange Peel, Ginger, Cloves, and Orange extract.   The citrus aroma when the packet is opened is wonderful, and carries over into the finished cup. 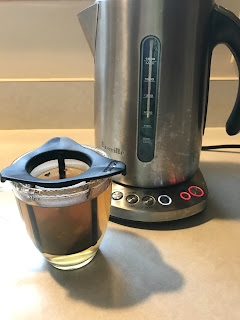 I've had some orange spice teas that are bold and overpowering, but this blend is very subtle, with a pleasantly mild lingering aftertaste. Plum Deluxe website describes it best as a 'gentle balance.'  It sells for $7.00 an oz. and will be perfect for your holiday and winter enjoyment. 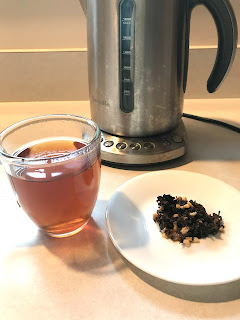 Posted by relevanttealeaf at 8:32 PM