Standing in front of Macy's on Michigan Avenue, Linda hailed a taxi like she was used to it. We vaguely remembered seeing an Argo Tea Cafe to explore while on the bus ride to Macy's, but we couldn't remember exactly where, just that it was somewhere in the vicinity of the Peninsula Hotel.  Our taxi driver let us out at the corners of N. Rush St. and E. Chicago Ave. Linda's cell GPS led us the rest of the way. Our Afternoon Tea reservations at the Peninsula Hotel were for 2:30 so there was time for a stop at Argo Tea. 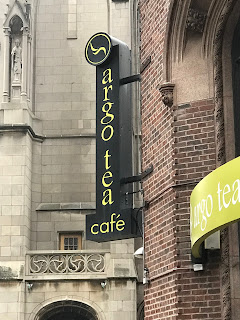 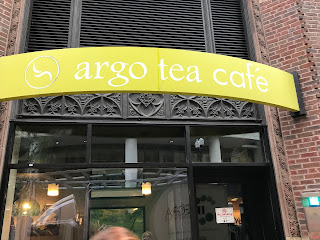 It was past the lunch hour, so the cafe was practically empty except for a few patrons quietly working on their laptops.  Argo is a trendy tea cafe where you can sit and sip, or order a quick carry-out and go. 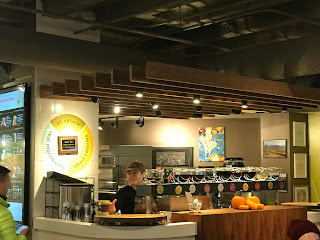 They have a large selection of tea and equipage. 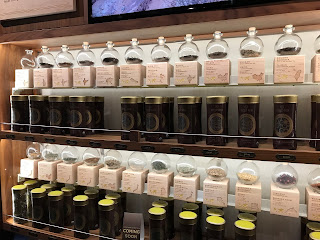 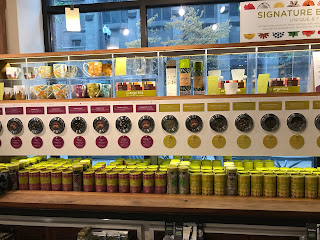 We sampled a small cup of iced Pumpkin Chai, but I settled on cup of hot Ginger Peach tea. We sat at a table by the window chatting and wiling away some time.  The tea was good, but very mild - not quite what I expected since the description was a black tea blend of spicy ginger and sweet peaches.  Regardless, it was a fun place to visit. 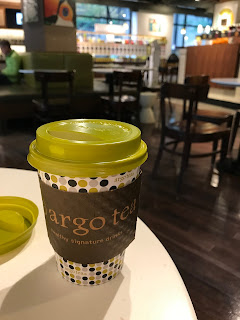 We  made a quick stop at Nordstrom Rack but it was so crowded and disheveled that we didn't stay long, and continued our walk to the Peninsula Hotel. 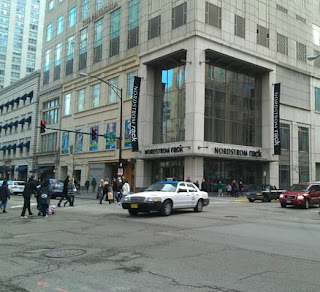 Linda and I had both had Afternoon Tea at the Drake Hotel on previous visits, so we were eager to try the Peninsula Hotel on this visit.  It didn't disappoint.  It's a luxury five-star hotel located at 108 E. Superior Street. 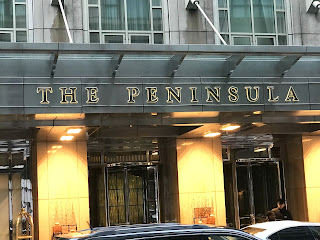 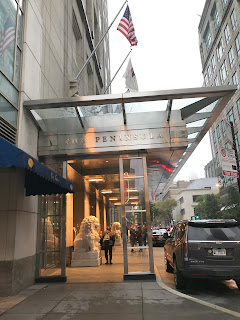 Afternoon Tea is served in The Lobby, located in the spectacular lower level. 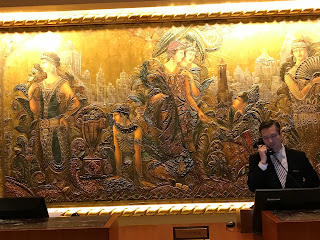