On this 4th day of October, what's in your teacup?  I received a Harney & Son order for two green teas that I've really been enjoying.   I opened the Cherry Blossom first and it's over half gone. 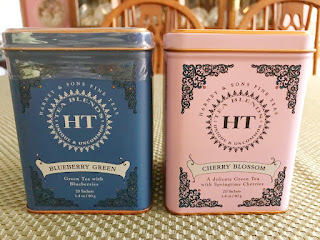 My sons celebrated Jeremy's birthday together by going to a Cincinnati Bengals game. The Bengals played the Dolphins and they saw a winner with a score of 27 - 15.  The concussion of the Dolphin's quarterback may have contributed to their defeat.  Steve said it was Paycor Stadium's largest attendance. 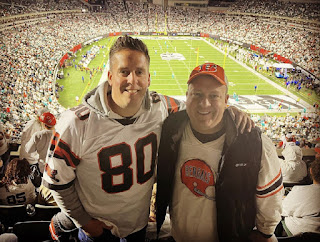 Are you a football fan?  Even though my boys LOVE the sport [Jeremy particularly], I have to admit I'm not a big fan, but that's okay - they're not big tea fans either.  Different strokes for different folks!  ;-)

I set up an inspirational Facebook group for the women of my church, so it has diverted some of my attention from blog posting, combined with a seasonal cold I've been nursing.  There's not been a lot of activity to blog about either, but I'm always happy to brag on my family, so I'll share my hubby's latest carpentry project.

Now that we're in our new church building and Steve has a new office, he asked his dad to make him another set of bookcases [he didn't want to move the ones from his home office].  So Jerry got right on it and installed the bookcases right before Steve left on his sabbatical. 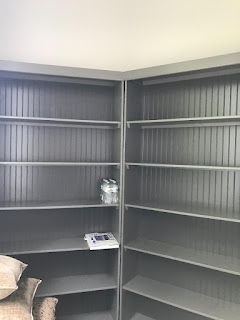 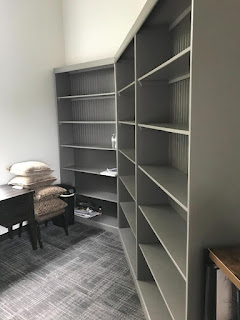 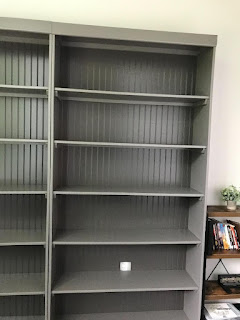 Steve didn't have time to transfer his ministerial books from his home office until just last week. After the transition, he took new photos, and is quite pleased with the outcome.  That's a lot of theology on those shelves!  ;-) 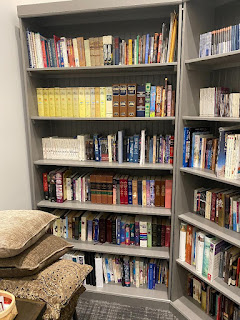 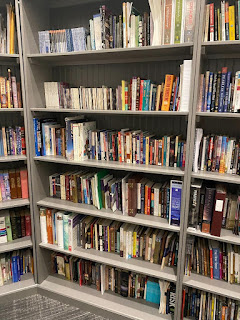 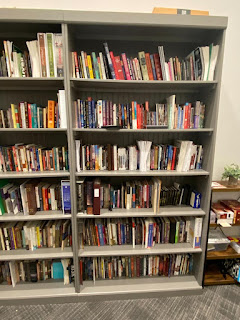 And speaking of books [of another kind] Bruce Kopytek posted that his new Hudson's book, Hudson's: Detroit's World Famous Department Store, is now available for preorder.  They are due to arrive about mid-November.  The book [with lots of illustrations and photographs] is 548 pages and has 12 chapters.  For those who preorder, the cost is $50 plus shipping.  After the books arrive the cost will be $60 plus shipping.  For local readers who remember and loved Hudson's, the book can be preordered at www.editionsbk.com  Needless to say, I've preordered mine and can hardly wait for its arrival. 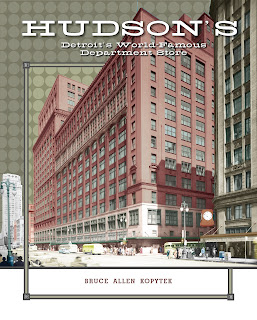 Shutterfly recently sent a text about their current photo book promotion - unlimited lay-flat pages [their best promotion] that extends through tomorrow at midnight.  As much as I love Shutterfly albums, I just didn't have it in me to take advantage of this promotion.  Next time!

Posted by relevanttealeaf at 6:08 PM