Time With the Grands

Last Tuesday [Oct. 5th] we headed to Chelsea, MI to stay with two of our grandchildren [Landon and Ellie] while our son, Jeremy, and wife, Samantha, took granddaughter Isabella [Izzy] on a trip to Los Angeles, California.  She could pick any place in the U.S. that she [plus one other] wanted to visit for her 16th Birthday, and she picked Los Angeles.  She chose her cousin to go with her.

We celebrated Jeremy and Izzy's b-day when we first arrived on Tuesday.  Their actual b-day was Sept. 29th. 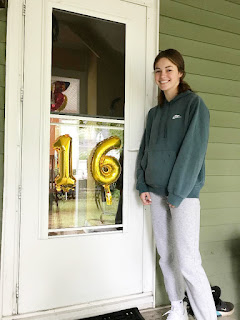 Jeremy's favorite cake for his b-day has always been Boston Cream Pie.  Instead of using pie pans, I used two cake pans and made it into a cake with the same cream filling between the layers. 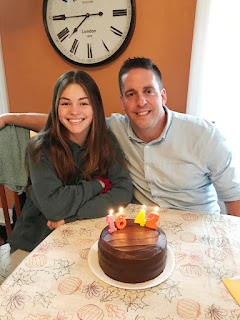 Then we were off to Landon's football game.  He's #10 - the Quarterback.  He's wearing pink stirrups for breast cancer awareness month since his best friend lost his mother to breast cancer. 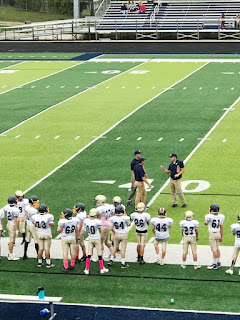 Samantha texted me the photo below of Izzy and Alivia at the airport before their flight departed for California.  The girls were so excited. 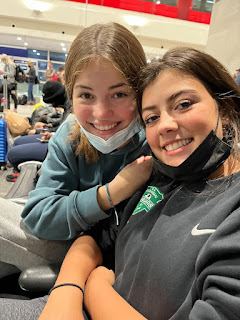 On Wednesday, while the kids were in school, Jerry and I went to a couple of cider mills. 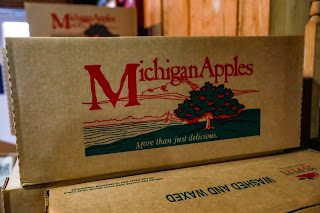 Dexter Cider Mill was first on my list since it's the oldest one in the state of Michigan. 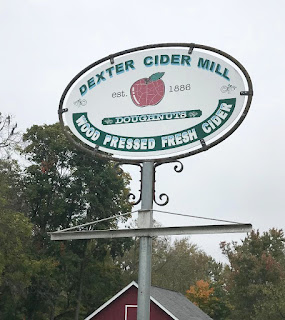 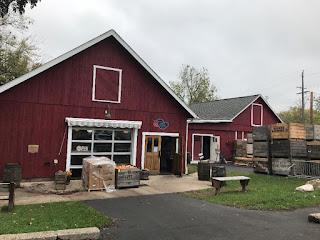 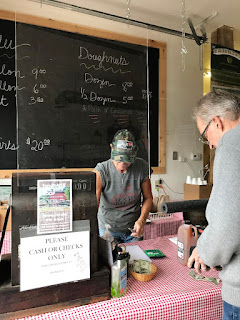 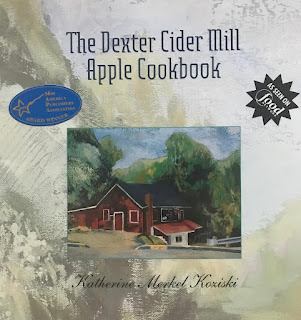 The old Ford truck below caught our eye... 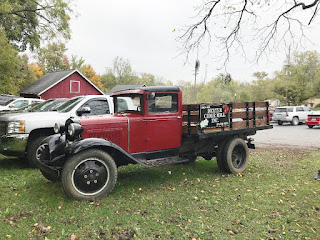 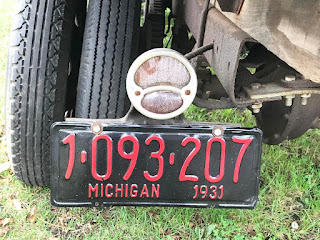 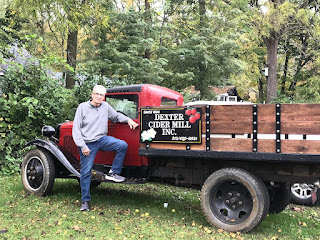 Then it was over to Alber Orchard & Cider Mill in Manchester, MI before heading back to Chelsea. 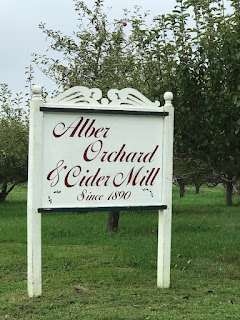 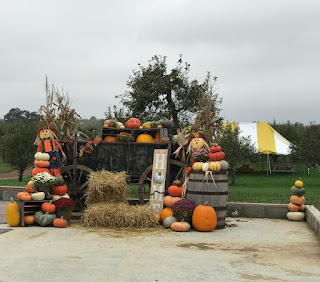 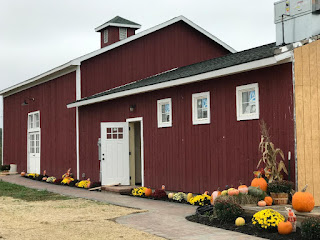 Ellie had a track meet [elementary school level] while we were there. 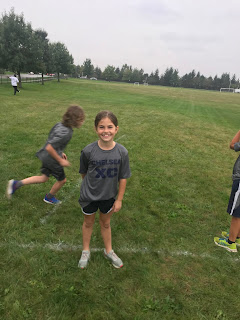 We dropped the kids off at their maternal grandparent's house on Friday night so they could go to the airport with them to pick up their parents, Izzy and Alivia today.
We got to church early this morning since Jerry is a greeter, and I went into the sanctuary where the Praise Team was practicing.  Imagine my surprise when I saw granddaughter, Brooke, practicing with them.  They were singing, "Nothing is Better Than You", referring to Jesus, of course, and how true that is.  Brooke is home from college on fall break. 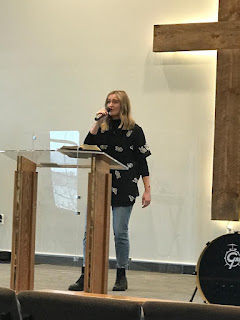 Surprise #2 was when granddaughter, Brianna, came in and sat down beside me!  She's home from Nashville for a few days too.  It was great seeing both of them again, and I couldn't resist getting a picture of them together. 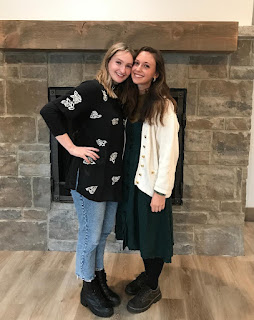 We went out to dinner with them and Steve and Sharon after church.  It was a great day.
To bring this post around to tea, I finished the 50-sachet bag of Harney's Citron Green tea while I was in Chelsea [time to order more], and opened the bag of Organic Green with Citrus & Ginkgo, which I am now enjoying.  What's in your cup?
Posted by relevanttealeaf at 6:41 PM