The Blessing of Friends

I drove down to the city where I grew up yesterday to take my girlfriend, Sandy, out to lunch for her birthday.  We've been friends since we were in 7th grade, and that's a very l-o-n-g time!  ;-) We were so busy talking and catching up on each other's news that I forgot to ask our waitress to take our picture.

I bought a small decorated cake for our dessert and even took a candle to light, but the waitress said with COVID no desserts brought in from outside sources were allowed.  So I sent the cake home with Sandy to enjoy with her hubby.  As we were driving back to Sandy's house, I got the idea to stop at an iconic Frozen Custard stand in Wyandotte for our dessert.  It's been in business since 1947 and was practically in my backyard growing up. Everybody in Wyandotte and surrounding cities knows about Bob-Jo's.

While we were enjoying our ice cream treat, another girlfriend that I've known since grade school walked up to my car window.  She and her hubby [also a grade school classmate] were there enjoying a frozen custard too.  I couldn't let the opportunity pass without taking a picture.  Elaine said they're preparing to move to Florida next month, so I'm in the process of planning a luncheon for her and a few other classmates.  It was a very enjoyable day! 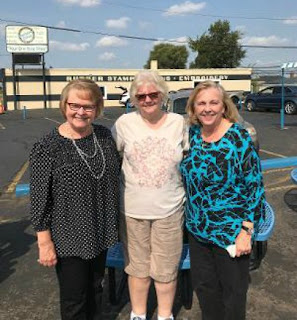 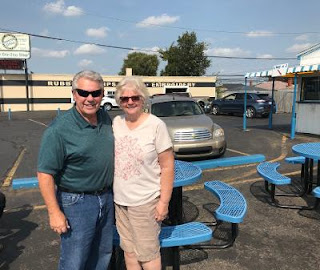 Now to bring this post around to tea...   I belong to a Facebook group called Afternoon Tea Across America [ATAA], and they share the most interesting topics related to tea.  I've discovered there's always something new to learn in the world of tea.

Last week one of the members shared a picture of a 'Teapoy' she recently acquired.  I had never heard of a teapoy before much less seen a picture of one.  A teapoy is a small pedestal table or stand that holds a tea caddy.  They were popular among England's upper class during the 19th century.  Below is a photo of the teapoy the lady on ATAA recently acquired. 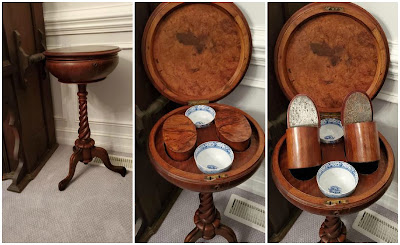 According to the comments posted, most of us were unfamiliar with them and were drooling over it.  My friend Angela McRae of Tea With Friends blog said, "Pretty sure I'm gonna need one of these now in order to live a normal life."  ;-)   I thought the same thing until I Googled them and discovered they're very pricy [$2,000 and upwards] and since most of them come from England there's shipping on top of that.  But isn't it beautiful!
I pulled one of my tea books out and sure enough, one was featured.   How did I miss it?  Are you familiar with teapoys? 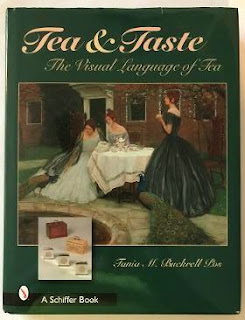 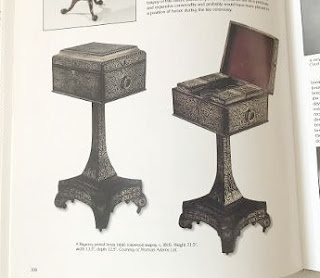 I'll be content with my two antique tea caddies that I got in 2011 and 2016 even if they aren't on a beautiful pedestal stand. 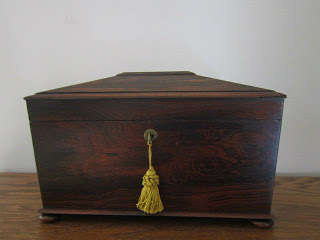 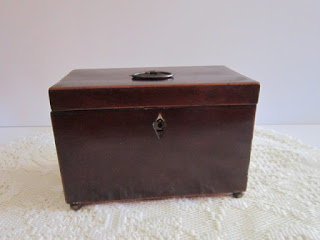 Posted by relevanttealeaf at 10:26 AM