Below is a pumpkin my daughter-in-law, Sharon, and granddaughter, Brooke, carved a couple of Halloween's ago.  It was their version of Olaf from the Disney movie, Frozen. Tonight will be their annual 'open garage' for trick or treaters.  My hubby and son, Steve, began getting the garage ready yesterday and will finish up this afternoon.  It's raining right now, but is supposed to clear in time for the ghosts and goblins tonight. 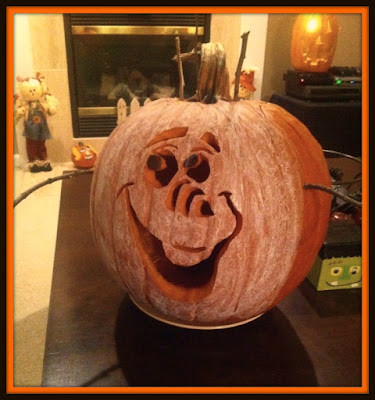 As you know, I've been missing from my blog for a few days.  With my new job, I don't have time to go on tea adventures like I used to.  Today's post will be a variety of what I've been up to the past few days, so you'll know I'm alive and well.  ;-)

Yesterday my girlfriend, Sandy, and her husband, Terry, came to Afternoon Tea at The Whitney.  An entire year had lapsed since we last saw each other, so it was good to get caught up a bit. 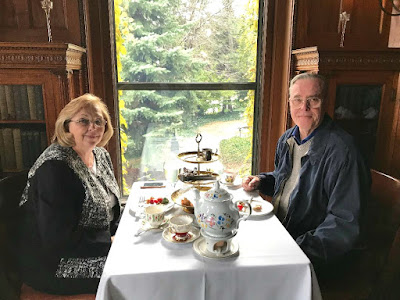 The sitting room is lovely with a balcony that overlooks Woodward Avenue.  I took some photos after it was set up for tea to share with you.  Below are the doors that overlook the balcony. 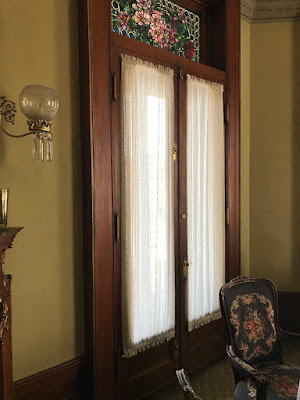 The stained glass window above the doorway was made by Tiffany & Company in New York.  Notice the beautiful crown molding and scroll work on the ceiling. 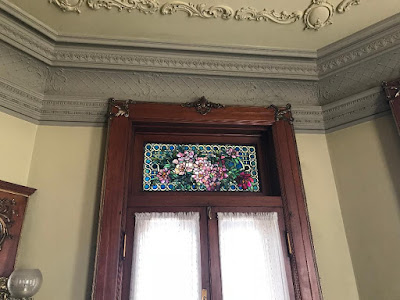 The balcony view with a high rise building and parking lot in the distance is much different from what Sarah would have seen. Woodward Avenue wasn't a paved thoroughfare in 1894. When Sarah walked out onto her balcony she might have seen an occasional horse and carriage going by but definitely no cars.  In 1909, Woodward Avenue was the first mile of concrete-paved roadway in the world, and in 1919, it's where the nation's first three-color traffic light was installed. 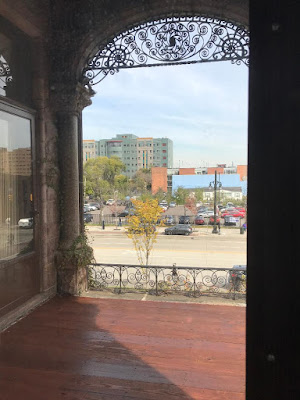 ~ Fireplace in the sitting room. ~ 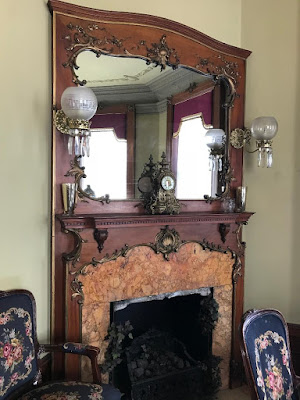 Notice the trim on the closet door molding and inset panel. 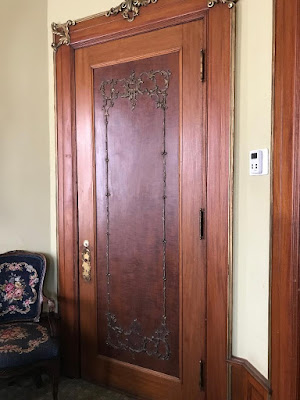 The two doorways exiting the sitting room leading out to the ballroom. Detailed craftsmanship like this is unheard of today.  The craftsmen no longer exist. 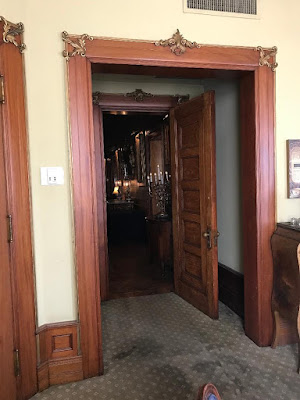 All set up for Afternoon Tea.  There's a commercial kitchen on each floor of the mansion to accommodate dining on all three floors.  They're the areas that were previously allocated for servants quarters. 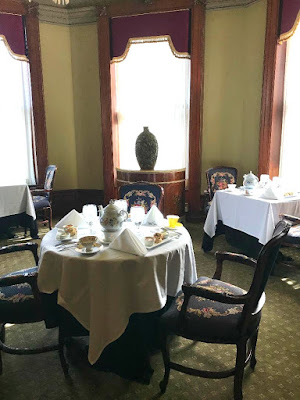 My hubby drove out to Chelsea last Saturday for grandson Landon's last football game of the season.  I stayed behind to get caught on some things at home. 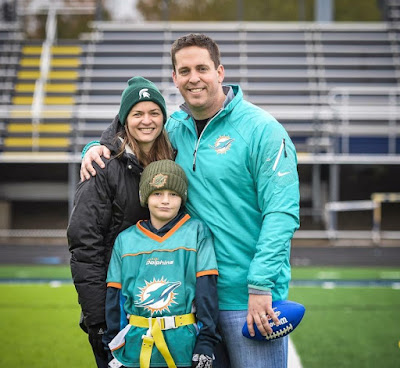 Last Saturday was also our son Steve's birthday.  We went out to dinner with their family on Sunday after church to celebrate.   His restaurant choice was Red Lobster.  That worked well with my new diet. They had their annual 'Endless all-you-can-eat-shrimp' special in progress for $15.99.  I chose the Sesame-Ginger grilled shrimp skewers, and Garlic Shrimp Scampi. It was yummy!  There's only 7 calories in a medium shrimp - of course, that doesn't include the butter it was cooked in, but I was good and passed on their Cheddar Biscuits. Unfortunately, I forgot to ask our server to take a group picture of us.  :-( 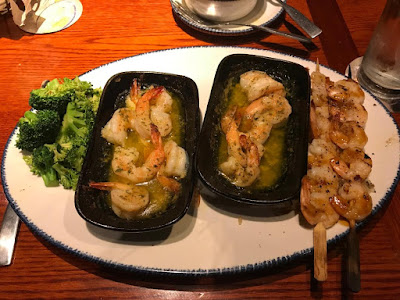 My granddaughter recently posted some pictures of our sweet great-granddaughter, Evie, that I thought I'd share in closing.  She's wearing her 'big sister' shirt that Tiffany bought to announce her pregnancy.  Until next March when the new baby arrives, however, Evie's still the center of attention.  Ollie doesn't seem to care one way or the other that a new baby is on the horizon.  ;-) 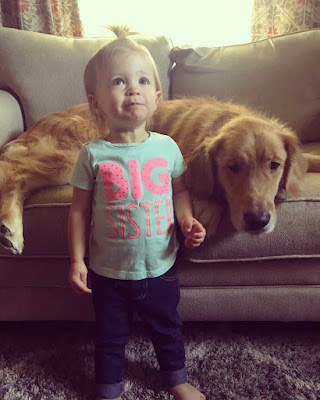 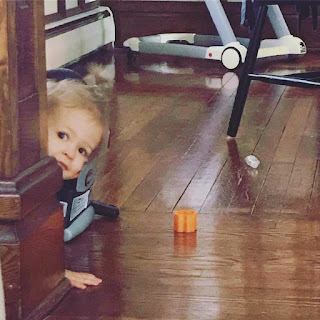 Posted by relevanttealeaf at 12:50 PM