It's that time of the year when we start thinking about the Titanic.  April 1, 1912 was originally planned to be the day of Titanic's much awaited sea trials.  Due to the high winds around Belfast that day, the trials were postponed until April 2, 1912.  A mere 14 days remained until her foundering.  Have you read about the Australian billionaire who is building a Titanic replica which is due to launch in 2016?  Hmm... interesting!  You couldn't be superstitious and board that ship!  ;-)  Anyone planning on hosting or attending a Titanic Tea this year in honor of those who perished? 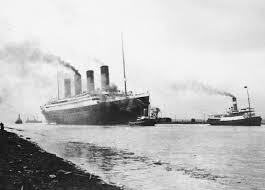 Over the weekend I went to a few stores to look around.  My pace was a little slower, but I managed just fine, and it felt good to be out of the house for awhile.

I started out at Michael's to get some of Mary Engelbreit's tea-themed notecards and spiral notebooks.  They were in the bargain bins, priced at $1 each.  Thanks for the heads-up, Angela, at Tea With Friends blog.  I think I'm supplied for awhile now. Then I went into Marshalls/Home Goods store in search of a copper cookie cutter.  I didn't find one, but I came out with some other tea treasures.  The container of four dessert plates pictured below was on clearance.  The original price was $24.99, marked down to $18, then $12, and I got them for $8.00. 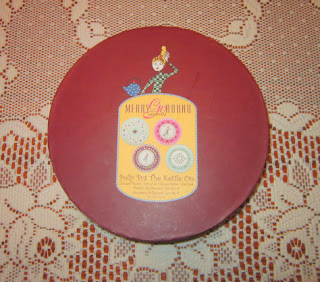 The dishes are by Gorham in the "Polly Put the Kettle On" series. 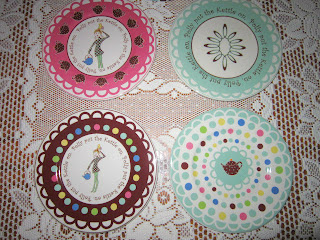 I also got a rustic, galvanized tea canister for $3.99. 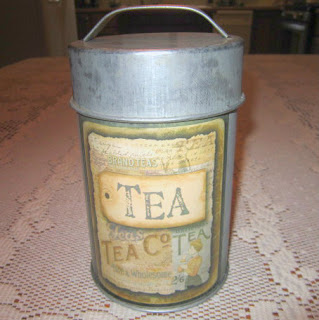 Last stop was Barnes & Noble for Teatime Favorites - Celebrating 10 Wonderful Years of Tea. I knew this would provide enjoyable reading when I got home to rest, and I wasn't disappointed.  It's a lovely edition. 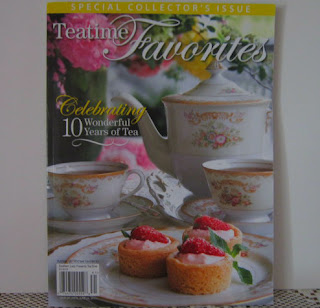 After writing yesterday's tea review from Two Leaves Tea Company, I received a press release from them announcing their newest product "Bud," a macho tea they've developed specifically for men.

The company's founder said he's noticed that in the United States tea drinking seems to predominantly attract women, and while he appreciates the female demographic, he wants males to appreciate the pleasures of tea as well.

Extensive market research proved that lumberjacks, construction workers, and cowboys are a demographic unrepresented in the U.S. tea industry, so Two Leaves has come up with a product line called "tea for dudes."  It's their hope to make the manliest tea ever sold. The premier flavor will be called "Extremely Rugged Blend."  The flavor profile is described as having a woodsy top note, a cigar middle note, and a slightly gamy finish.  It will be a tea to drink with an order of chicken wings, and will be easy to chug, mug after mug! 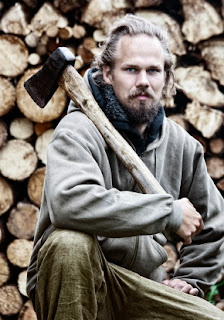 Could this be England's "Builder's Tea" counterpart that British construction workers drink on their breaks?  Judging by the description profile, it's sure to have some Lapsang Souchong and/or Russian Caravan in the blend.

Kudos to Two Leaves Tea Company.  I'd love to see more male tea drinkers in the U.S., and it is happening at the trendy tea bars and Asian style tea rooms.  I wish the company much success with their new product line, and I'll spread the word!

Posted by relevanttealeaf at 9:52 AM