August 8, 2012 was a beautiful day in Michigan [albeit a hot one with temperatures in the 90's], so it was perfect for an outing to the Henry Ford Museum to see the Titanic Exhibit.  As the sign below states, six areas comprise The Henry Ford, and the museum is one of them.   It was built in 1929, and is a National Historic Landmark. 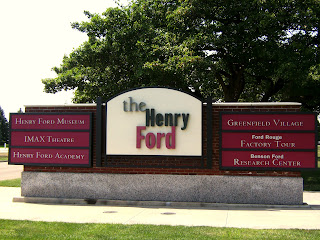 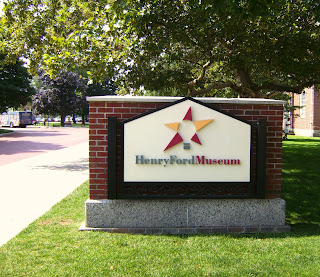 Normally the Clock Tower is the main entrance to the museum, but they were doing maintenance on it that day, so alternative entrances were used. 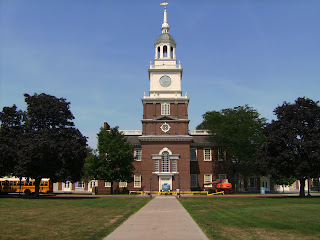 Statue of Henry Ford outside the museum. 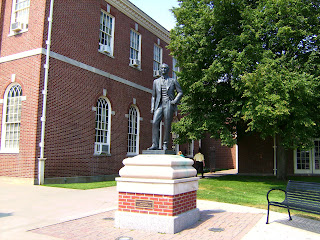 The interior of the museum is beautiful, and flash photography is allowed except for the Titanic Exhibit, since it's not owned by the museum. 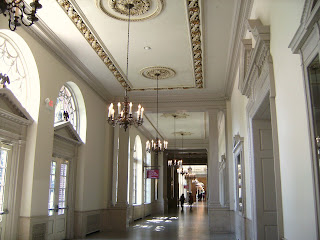 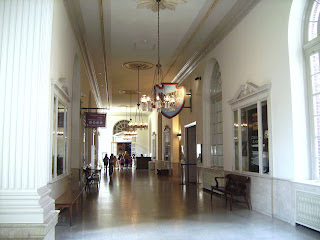 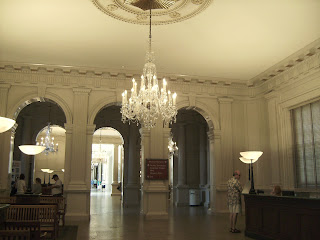 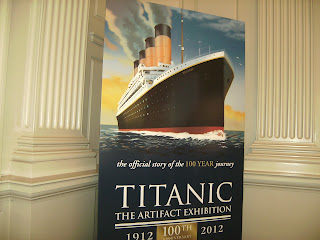 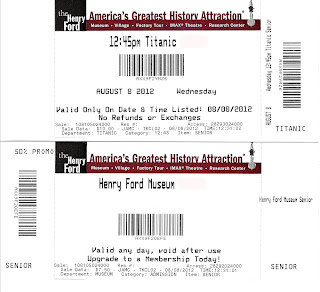 Backdrops to the Titanic Exhibit Entrance 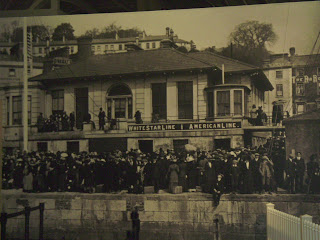 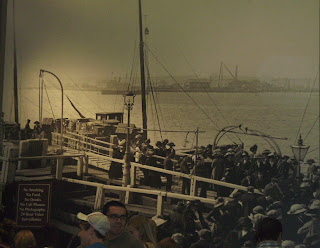 The exhibit was housed inside these ship-like walls. 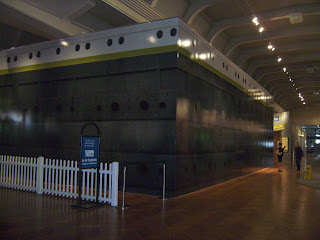 We were given a replica Titanic boarding pass.   On the reverse side of the pass was the name and information of an actual Titanic passenger.    Near the end of the exhibit we were able to see if the passenger survived.  My boarding pass was assigned to Mrs. Benjamin [Esther] Hart, from Ilford, Essex, England.  She was 45 years old, and was traveling with her husband, Benjamin, and seven year old daughter, Eva.  They were 2nd class passengers.  Both Esther and her daughter survived, but Mr. Hart perished.  Passenger fact:  Esther was troubled with a fear that some kind of catastrophe would hit the ship.  To call a ship unsinkable was, to her mind, flying in the face of God. 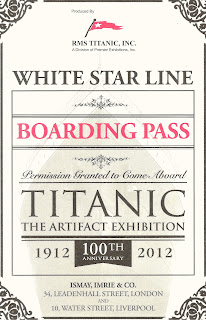 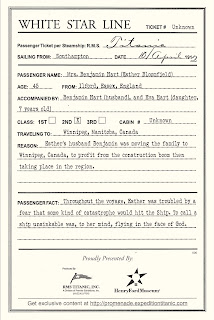 The Grand Staircase was a large, ornate staircase located in the first-class section of the  Titanic.   It was made of oak panelling, detailed carvings, paintings, and an ornamental bronze cherub held a lamp which aesthetically lit the landing of the staircase.  Dozens of gilded crystal chandeliers actually lit the staircase and hallways.  At the front of the staircase was a clock surrounded by intricate oak carving.   The decoration was a combination of styles.  The panelling and woodwork were made by master craftsmen in the English William and Mary style, while the iron banister grill work and gilt bronze garlands were inspired by the French court of Louis XIV. 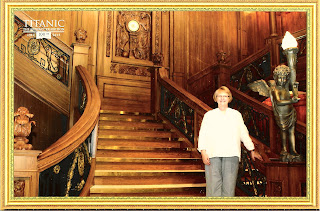 One of the exhibits was salt cellars stating in 1912 salt was still very expensive.   It also mentioned that pepper was once so expensive that it was exchanged as currency.  And now both are so inexpensive and abundant that we take them for granted!

At the end of the exhibit is a FABULOUS gift shop.  I could have gone wild in there, but my wallet restrained me!  ;-)   I did, however, purchase a 1st and 2nd class teacup and saucer.  There was a beautiful dark blue 1st class demitasse cup that I passed up, as well as a 3rd class steerage mug, and luncheon plates to accompany my teacups.  Another time, maybe.


I think the 2nd class blue delft-like china is actually prettier than the 1st class, but then I'm always partial to blue. 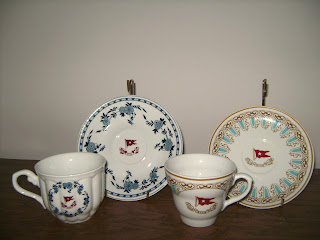 After leaving the Titanic Exhibit, I took a few photos in the museum to share, but I wanted to dash over to the Cotswold Cottage in Greenfield Village, so I didn't have a lot of time left to spend in the museum.  I had been to the museum back in the spring as a chaperon for a field trip my son took his high school history students on, so I saw most everything then.

Below is an 1890's rural midwest kitchen.   With that tea kettle sitting on the stove, I'm certain tea would have been consumed in the household. 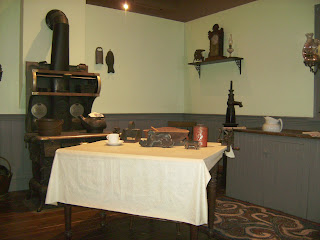 Below is a 1930's kitchen, which I had to take in three separate photos in order for all of it to be visible. 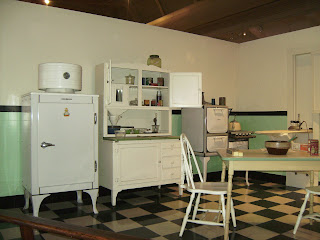 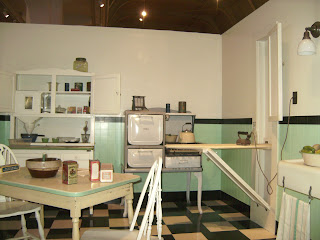 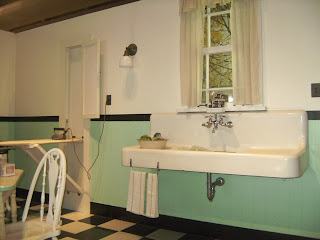 On my way out of the museum I snapped a photo of President Reagan's limousine.    Nancy Reagan hosted many teas at the White House and President Reagan frequently joined her.  I doubt that any tea sipping was done in the limousine though!  ;-) 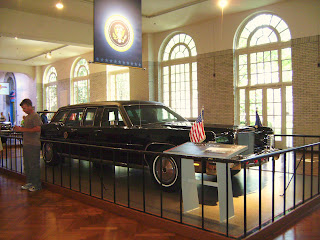 The Henry Ford Museum is a great place to visit and the Titanic Exhibit will be there through the month of September.   There's still time to see it if you live in the area.   It's well worth the time and price of the ticket.

I hurried over to Greenfield Village to have tea at the Cotswold Cottage only to find out they  only serve it on Thursday through Sunday.   Guests services kindly gave me a ticket to return another day and I'll be blogging about that soon.