My daughter was blessed to take piano lessons from two lovely, talented ladies when she was growing up.  If you've followed my blog for any length of time you'll remember that when Lori turned 40 I wanted to do something special to celebrate her milestone birthday.  One day she casually mentioned that she hadn't seen Ruth and Betty for a long time, and it would be so nice to see them again.  That was my inspiration for hosting a surprise birthday tea party with both teachers present.

That party was in 2007!  My, how time flies!  The tea parties turned into annual events thru 2013.  In 2014 my mother was in hospice at the time of Lori's birthday so I didn't have a tea party that year. Four years have lapsed now since we've celebrated Lori's birthday over tea.  But I recently received a phone call from Ruth saying she and Betty wanted to come to The Whitney for tea.  I was so glad to see them last Thursday, and so honored to be able to serve them tea again.  They're such special ladies!

Ruth [left] taught Lori in her elementary school years, and Betty [right] taught her when she was in middle school and 10th grade. 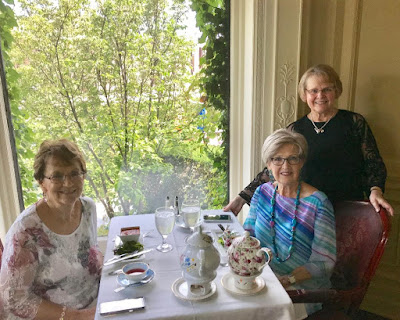 The Whitney has a baby grand piano in the Great Hall, so when Afternoon Tea was finished I got permission for each of them play something. Mr. Whitney had two daughters who were accomplished pianists, so if his spirit still inhabits the mansion [as has been said ;-)] he surely would have enjoyed their playing. 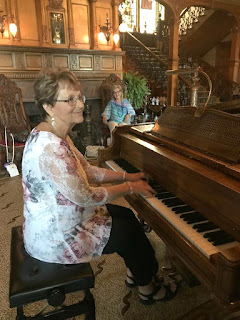 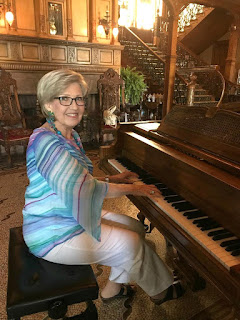 Just for fun I'm sharing photos from Lori's past birthday teas.  Maybe I'll be inspired to get back in the groove and host one for her birthday this year!

2007's tea was rather basic, but they progressed into something nicer each year.  The theme for Lori's 40th birthday was a Black and White Music Tea. 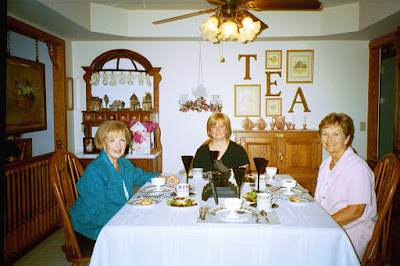 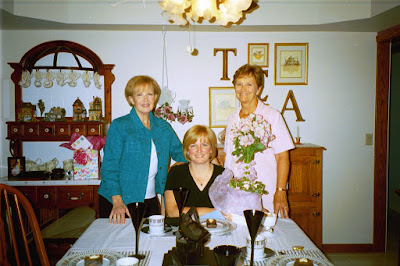 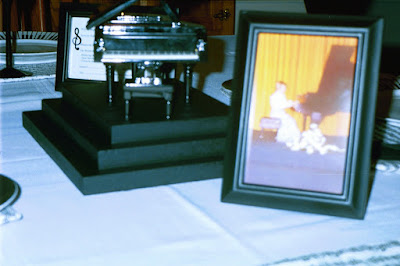 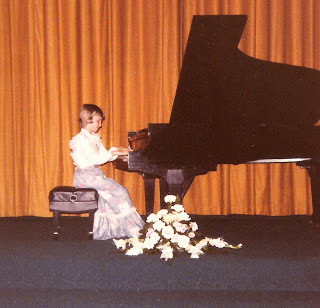 A "Warm Welcome" Cinnamon Roll began the tea party in place of scones.  I ordered special keyboard china for the occasion, and made musical placemats. 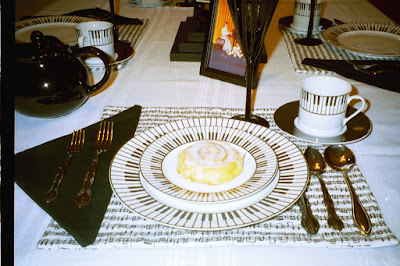 Rhapsody Strawberry Soup.  Hot and iced tea was served throughout the meal. 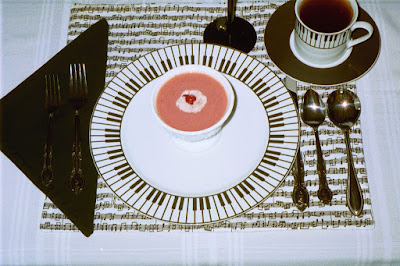 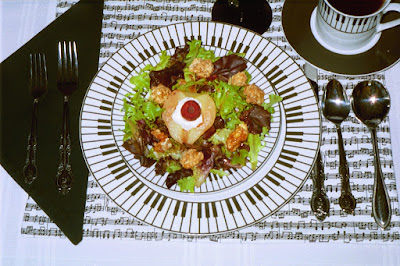 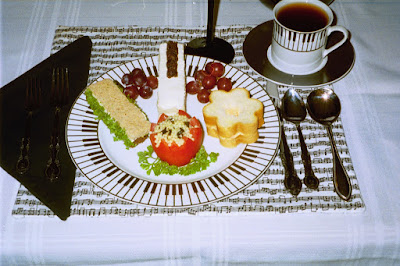 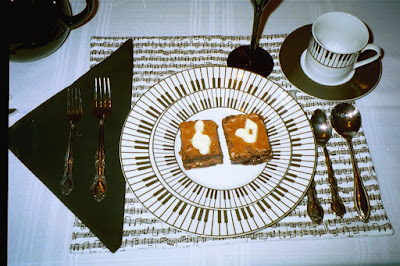 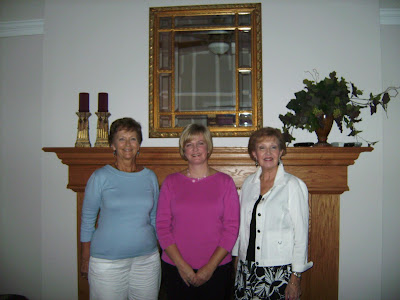 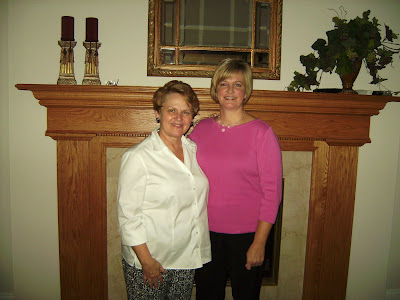 I purchased a musical teapot, sugar, creamer and teacups for this tea party. 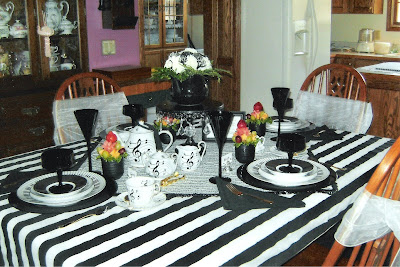 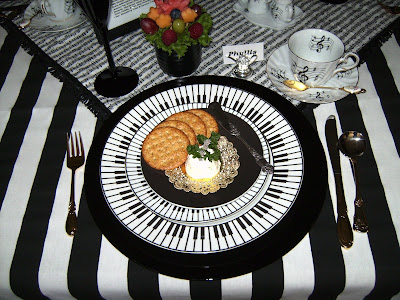 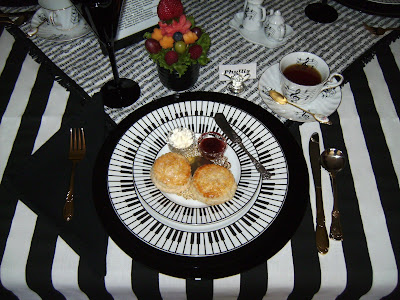 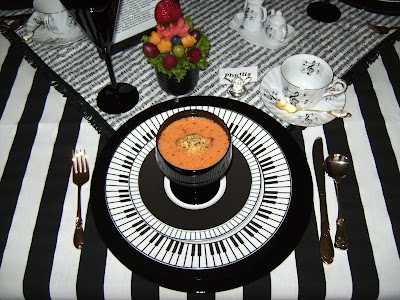 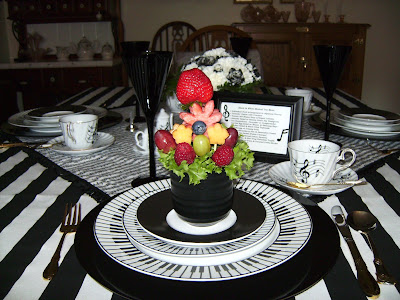 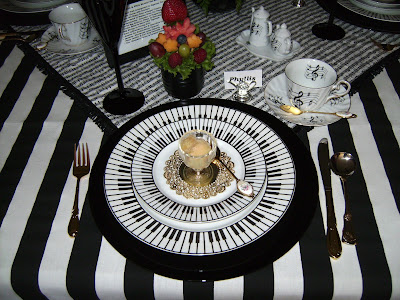 Steinway Key Sandwich, Curried Egg Salad Sandwich, Avocado Salad w/Sesame Green Tea Vinaigrette, and BBQ Shrimp on Creamy Grits.  [I must have really liked the sandwiches in 2007 to repeat them again in 2008!] 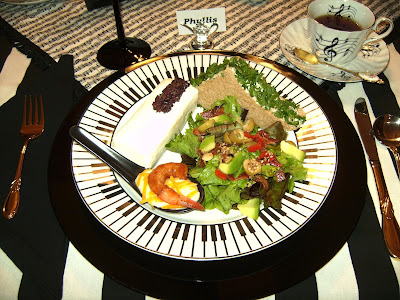 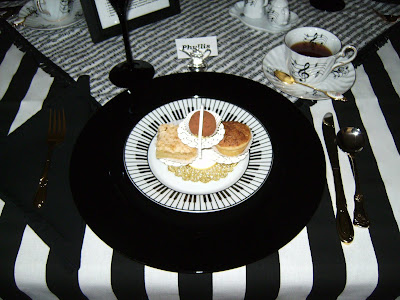 After our tea meal we went into the living room where Ruth and Betty played the piano and Lori sang [after some coaxing], "His Eye Is On The Sparrow" - a favorite religious song of hers. 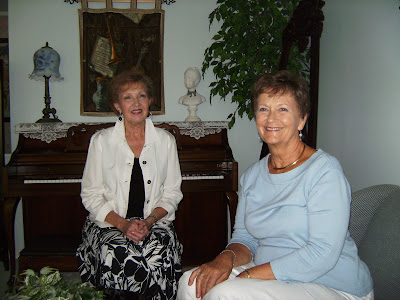 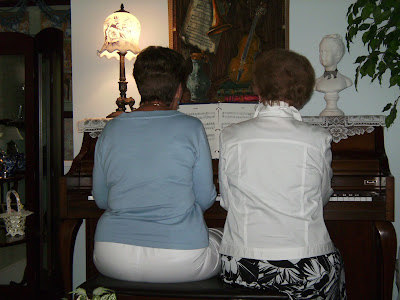 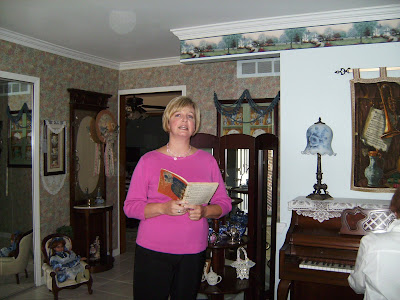 The theme for 2009 tea was "All That Jazz", and we traveled vicariously to New Orleans.  Since this post is already quite long I'll continue the teas in a subsequent post.

Posted by relevanttealeaf at 10:08 PM