Lori's 7th birthday tea, and the last one I hosted, was in 2013.  The theme was Gone with the Wind.  I wish I knew then what I know now, because I could have been more creative.  I visited the Gone with the Wind Museum in Marietta, Georgia in May 2018, and have a couple of theme cookbooks and additional memorabilia now. 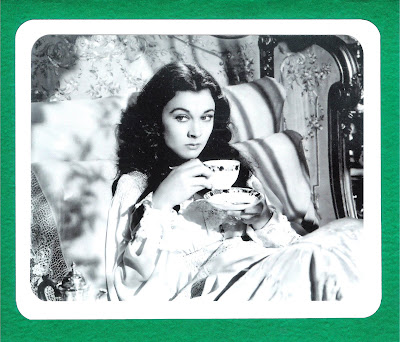 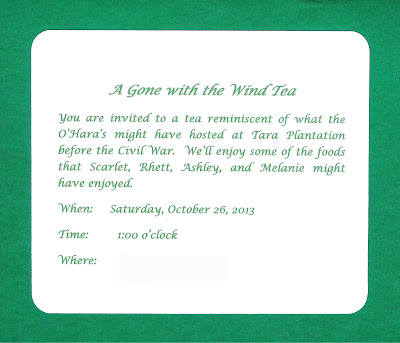 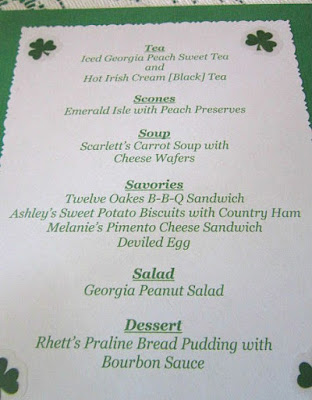 I used Rhett and Scarlett commemorative plates as part of the tablescape. 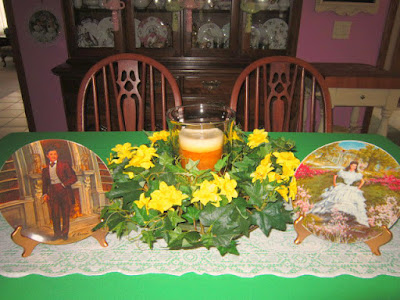 Gold tassels as napkin rings represented the tie-backs on the green velvet drapes/portieres that Scarlett ripped from the window to make the dress she wore to visit Rhett in jail to seek his financial assistance. 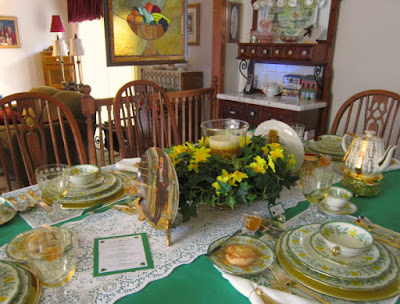 Favors were a four leaf clover charm since the O'Hara family was Irish. 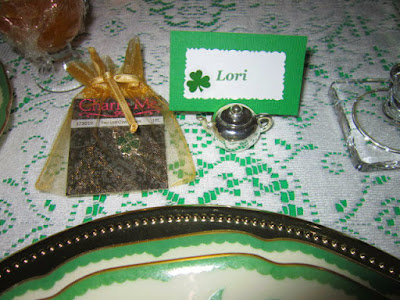 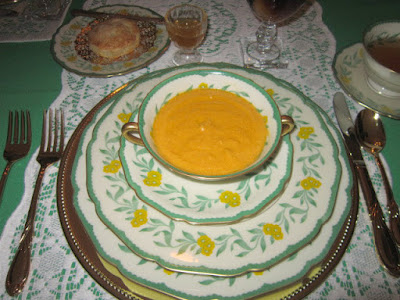 I chose savories that I thought might have been eaten at the barbecue Scarlett attended at Twelve Oaks:  Barbecue Sandwiches with Coleslaw, Melanie's Pimento Cheese Sandwiches, Ashley's Sweet Potato Angel Biscuits with Country Ham, and a Deviled Egg.  In the little glass cup was a Georgia Peanut Salad. 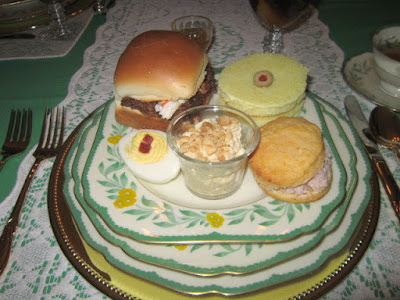 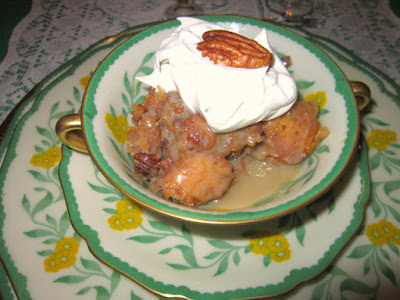 Unfortunately, Betty had fallen and suffered a serious injury so she wasn't able to join us at this tea party but Ruth was there, along with Tiffany, and Lori's pediatrician doctor friend, Melissa. 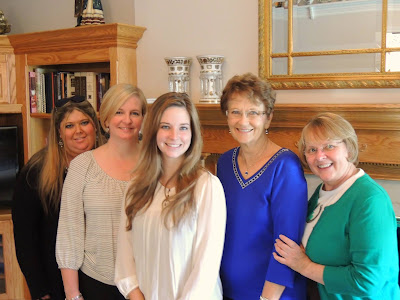 I bought the scrapbook album pictured below to put all the tea party pictures in for Lori, but as yet it's a project waiting to happen! 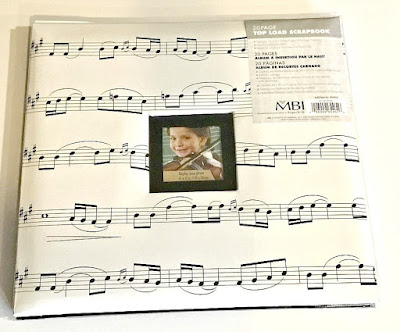 Posted by relevanttealeaf at 9:02 PM