By the time the third tea came around [2009], I was into making invitations and a menu booklet to coordinate with the theme. 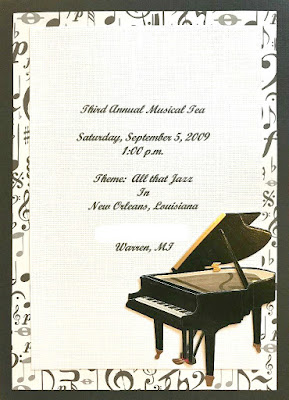 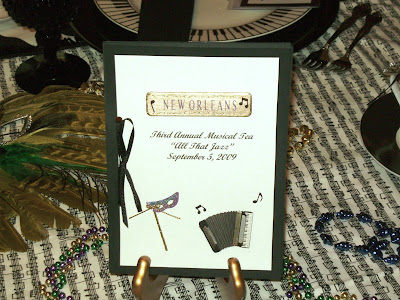 My inspiration for New Orleans was a chalk drawing of Lori when she was four years old.  We were vacationing in Louisiana and made a day trip there.  Local artists lined the black iron fence on the outside of Jackson Square in the French Quarter.  It was SO hot and humid that summer day, but Lori sat still while the artist drew her.  I framed it for the tea party and then sent it home with her afterwards. 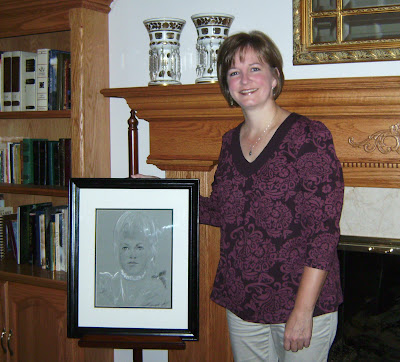 I used luggage tags [for the imaginary trip to New Orleans] as the napkin ring, place card, and favor. 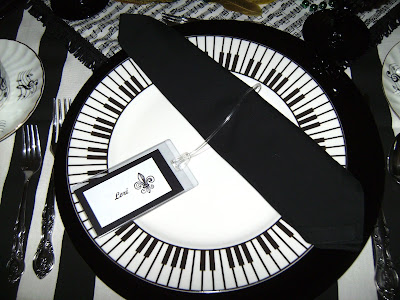 I also attached a musical charm to the handle of the teacup for everyone to take home. 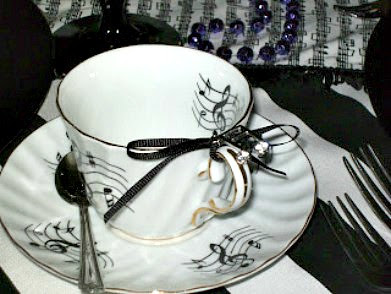 The only food item I got a picture of was the Beignets, and that's because I took it before the tea party started. 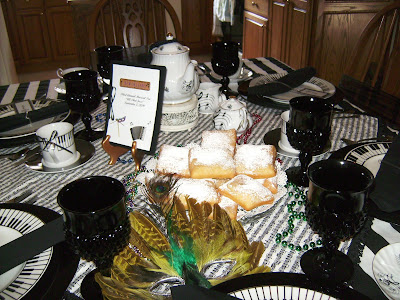 Lori's two daughters, Tiffany and Marissa attended the tea party along with Ruth and Betty. Betty arrived a bit later so she's not in this photo. 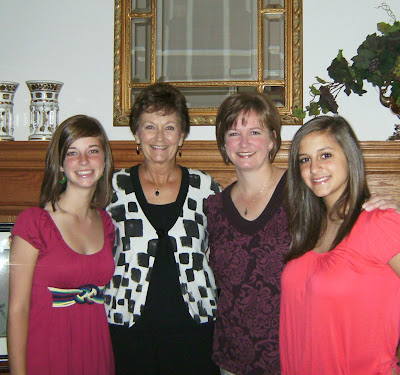 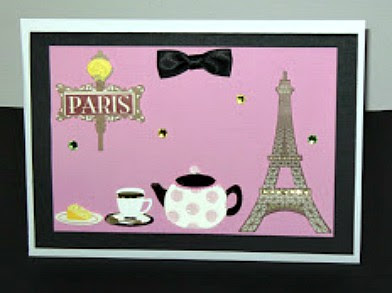 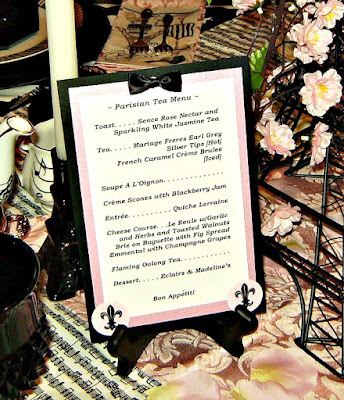 An Eiffel Tower trimmed with pink flowers was the centerpiece, along with black and white Eiffel tower candle holders.  I dusted the rims of champagne flutes in pink sugar for our beginning toast of Sence Rose Nectar and Sparkling White Jasmine Tea.  In the photo below you'll notice a teacup with a brulee spoon sitting on top, and a brandy warmer next to it.  That was for our flaming oolong tea served just before dessert.  The hot tea throughout the meal was Mariage Freres Earl Grey Silver Tips, and the iced tea was French Caramel Creme Brulee. 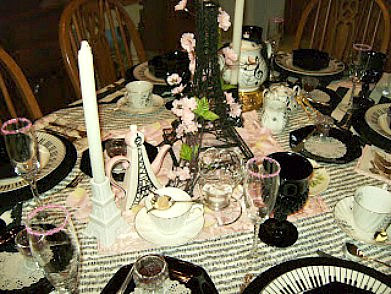 Silk rose petals were sprinkled on the table top. 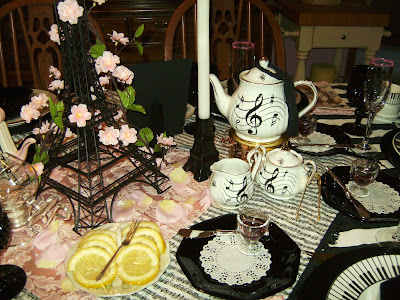 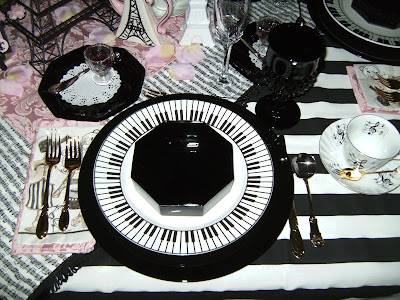 Regrettably, I didn't take any photos of the food at this tea either.  We began with Soupe A L'Oignon [French Onion], Cream Scones with Blackberry Jam, and our main entree was Ouiche Lorraine [recipe from Julia Child's Mastering the Art of French Cooking book.  It was SO good!].  Our cheese course consisted of Le Roule w/Herbs and Toasted Walnuts, Brie on a Baguette with Fig Spread, and Emmental with Champagne Grapes.  Dessert was Eclairs and Madelines.

Along with Ruth, Betty, Tiffany, and Marissa, Melissa, a Pediatrician at the Children's Clinic where Lori works also came. 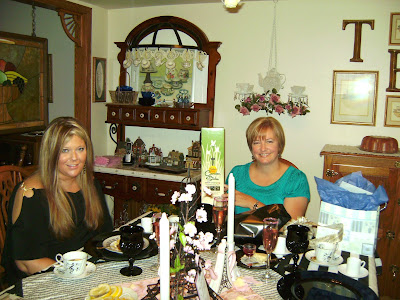 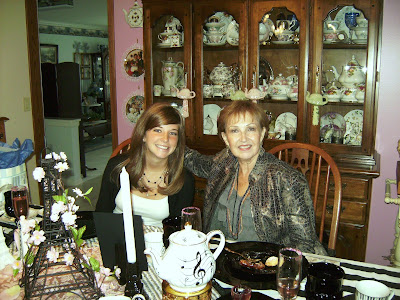 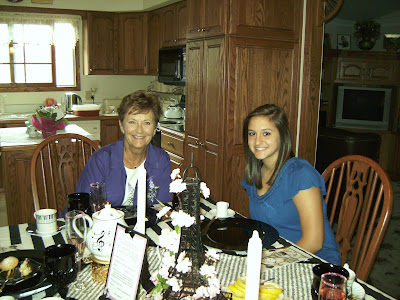 Three more teas will follow in another post to finish up Lori's birthday teas.  I'm signing off now to go up to the hospital to see Lori.  She had knee replacement surgery this morning. My hubby and I were there at 6:30 a.m. to be with her before surgery, and I just got a text that she's out of recovery and in her own room now.

Posted by relevanttealeaf at 11:57 AM