Several years ago I had dreams and aspirations of opening a tearoom.  So in 2002 I went to Columbus, Georgia for a three day conference/seminar on How to Open a Tearoom for Profit sponsored by Magnolia & Ivy [taught by two sisters who successfully owned several tearooms in Georgia].

While there, I met 20 other tea-loving ladies who were also aspiring to open a tearoom. One of those ladies was Lorna, from Southern California.  Things never worked out for me to open my tearoom, but Lorna got to fulfill her dream when she opened The Aubrey Rose Tea Room in La Mesa, California.

We kept in touch infrequently, but when putting the itinerary together for this trip, I knew I wanted to see her, if possible.  She and her husband sold the tearoom in 2017 [after 14 years of ownership], but they sold it to two of their employees so it's still in business and doing very well.

After a phone conversation with Lorna plans were made to meet-up at the tearoom on Friday morning, April 12th.

Jerry and I left the hotel in Laguna Hills early to allow plenty of time to drive the 76 miles to La Mesa for our 11:00 a.m. reservations.  Traffic moved smoothly and we even had time to stop at a California Welcome Center in Oceanside. 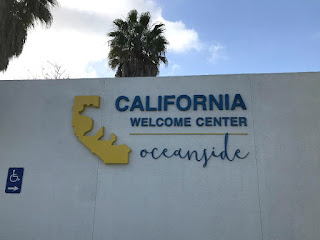 The city [at least what we saw of it] was beautiful, and so was the weather. 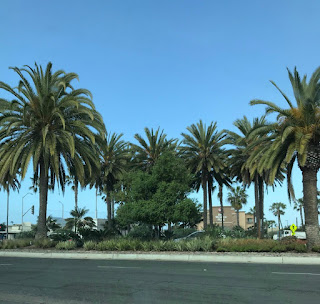 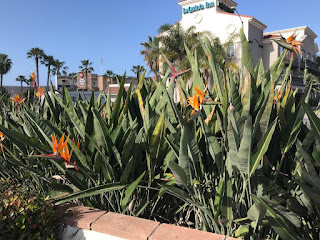 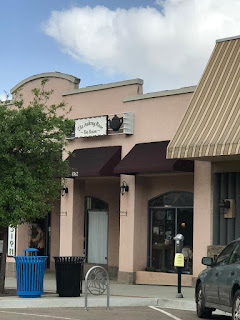 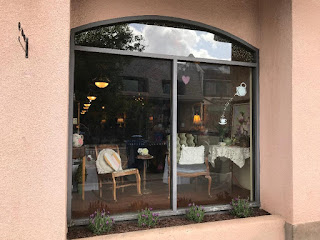 Lorna said she chose that name because Jesus Christ is referred to as the Rose of Sharon in the Bible, and a man named Aubrey told her about Jesus and the personal relationship she could have with Him if she confessed her sins and dedicated her life to Him.  Every time someone asked the origin of the tearoom's name, it gave her an opportunity to share her faith. 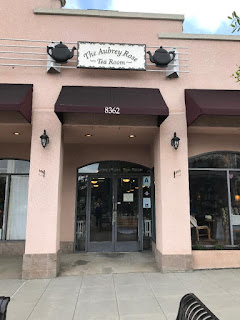 We arrived a few minutes before Lorna, so I used that time to take pictures of the tearoom. 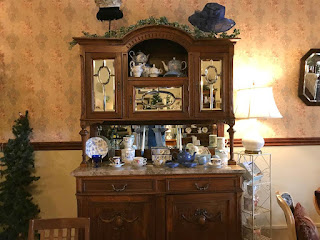 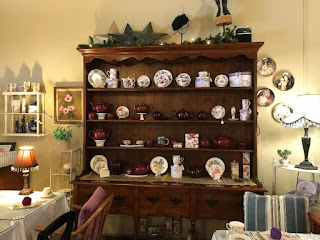 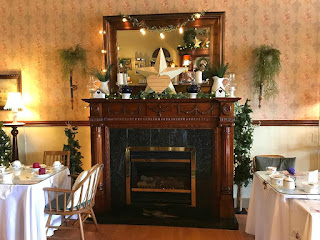 Heather, one of the new owners, was working at the reception/check-out desk. 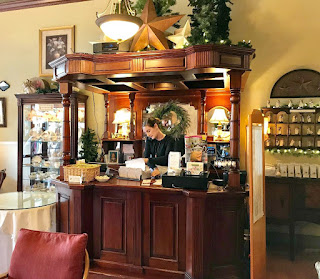 A table was reserved for us. 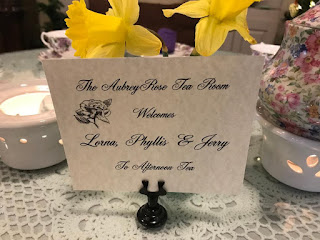 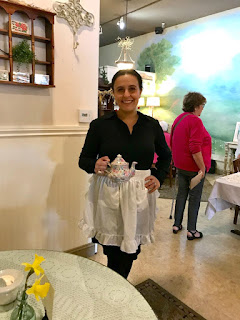 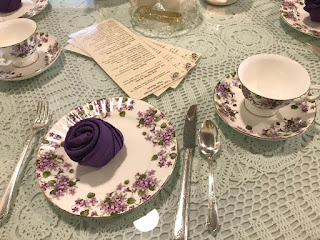 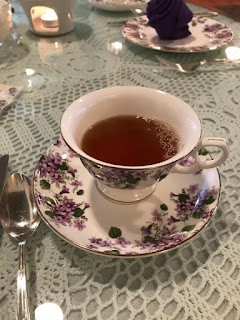 Jerry and I ordered the Queen Victoria option on the menu.  It began with Cream of Sherry Mushroom Soup, and a warm caramelized Brussels Sprout Crostini. 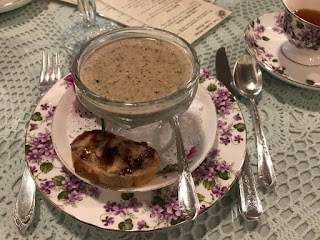 Followed by the three-tiered server. 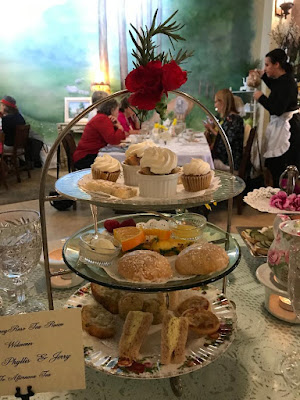 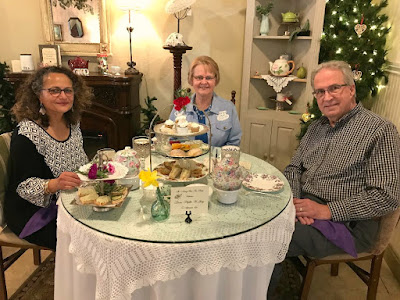 La Mesa has a farmers market on main street [La Mesa Blvd.] every Friday afternoon, so we had to finish our visiting earlier than we wanted so Jerry could move our car from metered parking where the vendors set-up their merchandise.  Not to worry though, because one of the highlights of our traveling down to the San Diego area was to attend Palm Sunday worship service at Dr. David Jeremiah's church [Shadow Mountain, main campus] - which happens to be where Dave and Lorna attend - giving us one more opportunity to meet-up.

Through Lorna's passion for tea, she was instrumental in helping Shadow Mountain Church establish a vital, on-going ladies tea ministry. 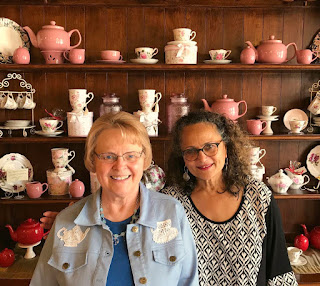 I was pretty disciplined on this trip about not making a lot of purchases since we were flying home and space was limited, but I couldn't resist these china napkin rings.  They aren't Old Country Roses, but they will coordinate nicely with the Old Country Roses china pattern.  And they barely took up any space in my suitcase. 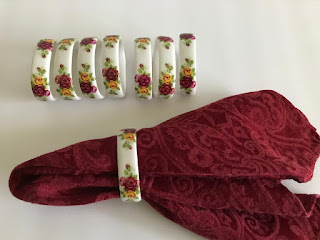 After leaving La Mesa we headed down to Mission Valley/San Diego area where we spent two days and enjoyed two more tea experiences and some wonderful sightseeing.

Posted by relevanttealeaf at 10:59 PM