When I wrote in my last post that I hoped I'd be able to tour The Parade Company before my presentation, I didn't realize it would be so soon. As it turned out, there were no reservation for Afternoon Tea at The Whitney yesterday [Monday], so since I had the day off  I called to see if there was any chance my hubby and I could tour the studio/warehouse. To my delight, I was told we could come at 2:00 p.m.

The 200,000 sq. ft warehouse was a former Dodge/Plymouth Chrysler assembly plant off Mt. Elliott and Huber Streets in Detroit. 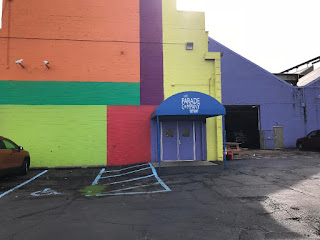 A bus of 1st graders toured just ahead of us at 12:30.  As they were leaving they said the tour was lots of fun, so we knew we'd enjoy it.  The figures below [the clown is emblem for The Parade Company] greeted us in the hallway. 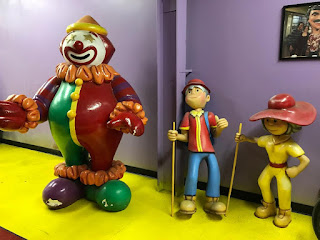 Photos of some of the parade's Grand Marshals. 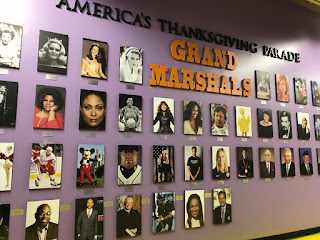 Thomas Edison is on display, but won't be in this year's parade. 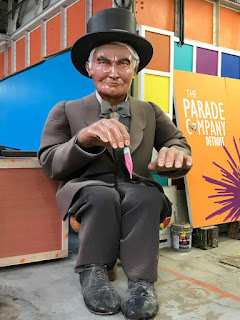 We were supposed to tour with a group of seniors, but they cancelled so it was just Jerry and me and Sharon Morris, the tour specialist.  She's been with The Parade Company for 25 years, but has participated in the parade for over 50 years.

The tour is approximately one hour long, and the cost is $12 for adults; $10 for seniors; and $8 for children.  Two years and under are free.   It's worth the price and the tours help fund the parade.

The tour began with the 'Distinguished Clowns'. There will be 200 of them participating in the parade this year. 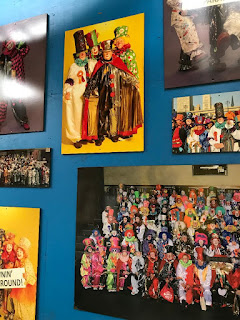 Sharon explained there are three levels of distinguished clowns.  The entry level costs $1,000 and the clown gets a one-piece costume.  After five years they graduate to a two-piece costume. After 15 years they get a two-piece costume with a cape.  Some clowns have participated for many years, and there's a great camaraderie between them. We were given a red clown nose to take home at the conclusion of the tour. 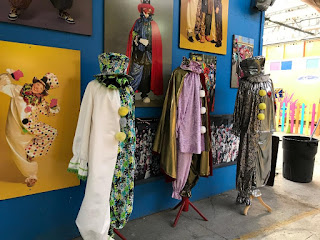 There are six new floats this year.  Below is the diagram of the float sponsored by Lear Corporation.  It's 102 feet long and is called, "The Drive".  Its message is timely - don't text and drive.  Three of the floats have been unveiled to the public [the Lear float is one of them], so I'm allowed to blog about it. 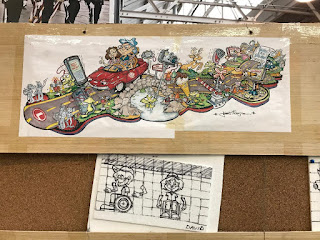 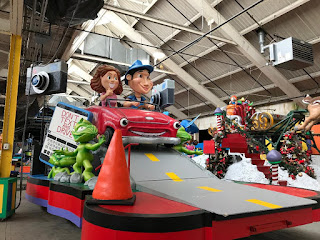 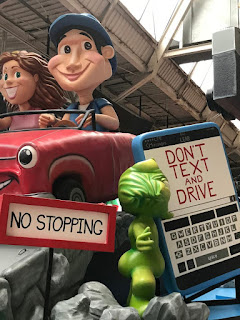 Below are workers working on floats.  There are 3,000 volunteers.  Included in that number are 1,700 who will work at the parade.  Work on the floats begins in June.   A lot of the float pieces are made of Styrofoam, as you can see in the picture. 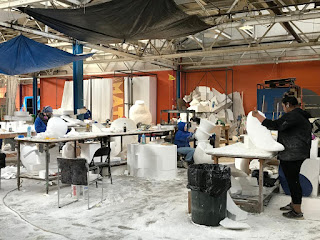 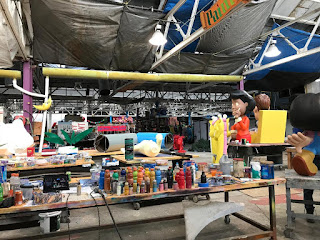 There will be 40 floats in this year's parade. 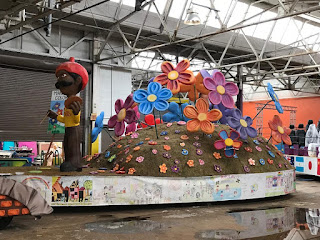 This giant 'Twas the Night Before Christmas' float is a bed with a large rectangle trampoline in it.  Somebody will be bouncing down Woodward Avenue on it, reminiscent of excited children jumping on their beds. 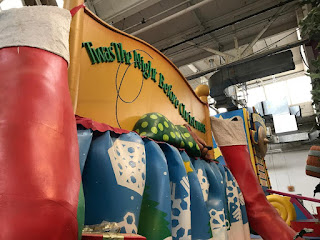 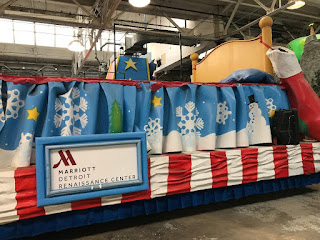 The Wizard of Oz float is so large it's in three sections. 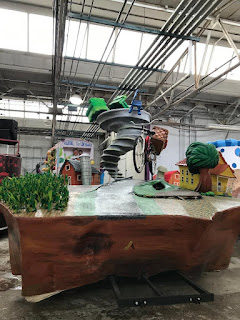 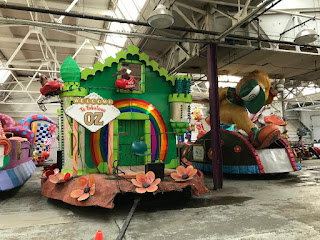 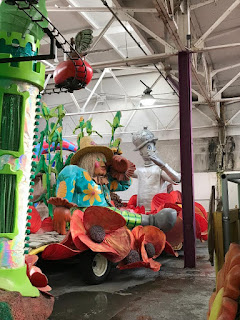 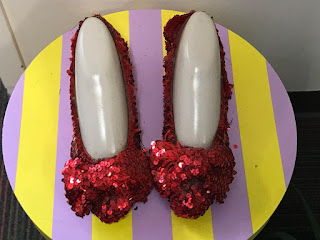 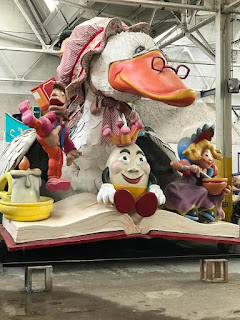 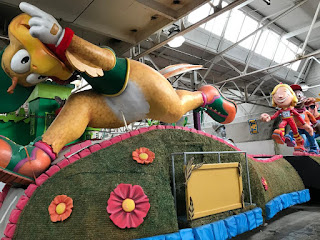 Since this post is already lengthy, I'll close now and finish the tour tomorrow.  Please come back!

Posted by relevanttealeaf at 9:45 PM

Email ThisBlogThis!Share to TwitterShare to FacebookShare to Pinterest
Labels: The Parade Company