They have about 180 papier-mâché heads that were made in Viareggio, Italy.  Some of them are 50-60 years old. 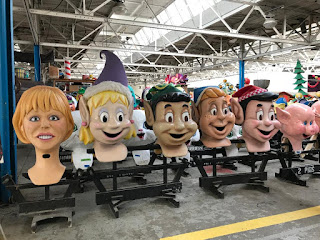 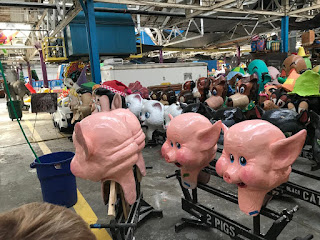 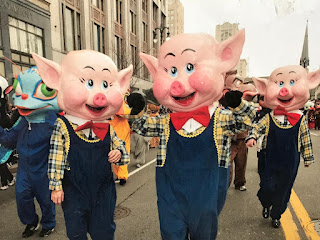 Sharon let Jerry put on a Raggedy Ann head, and then she took our picture.  Jerry was surprised how lightweight the head was - about 5 lbs. 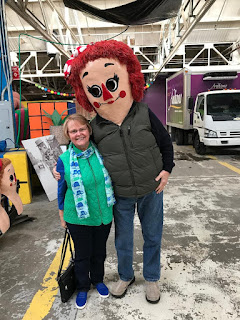 Tom Selleck's 'big head' made its appearance in 1990, and Aretha Franklin's head in 2001.  They will be honoring Aretha in this year's parade. 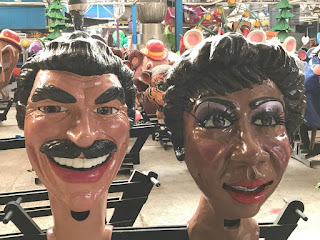 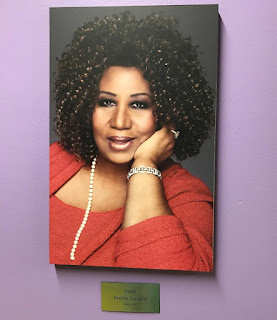 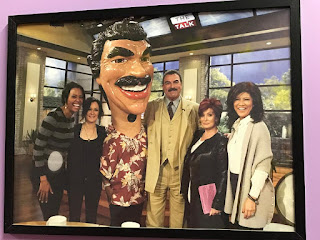 This will be Rosie the Riveter's first year.  Behind her to the right is famed Detroit Red Wings hockey player, Gordie Howe. 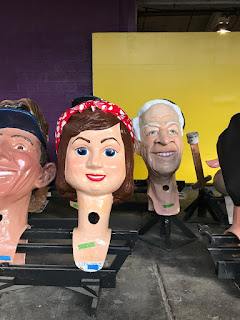 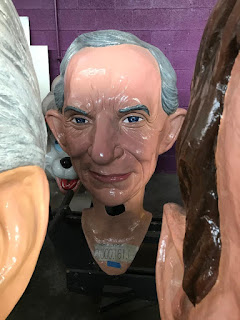 I took pictures of many other heads, but because of space won't post all of them. 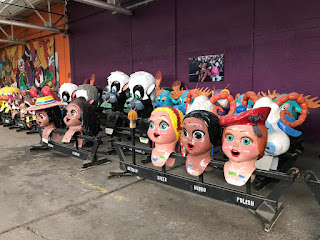 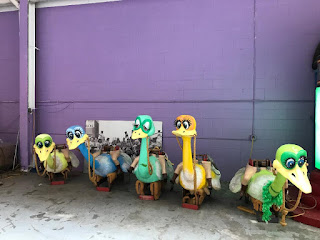 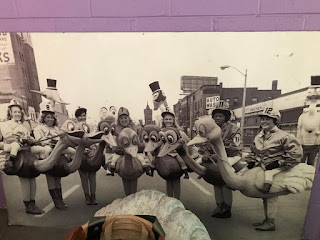 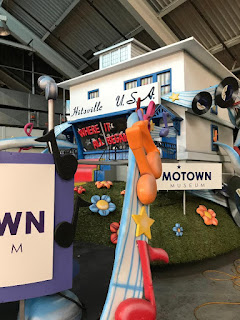 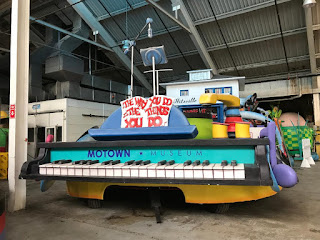 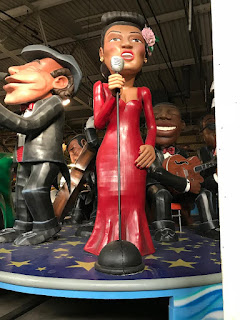 Wayne State University's huge float commemorating their 150th birthday.  It's one of the new floats this year. 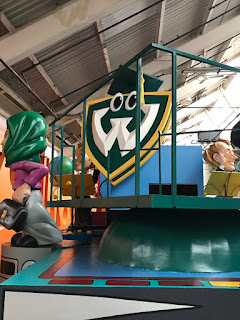 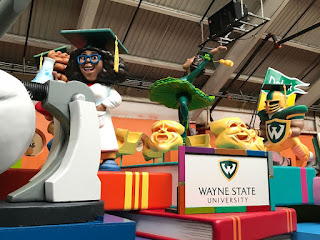 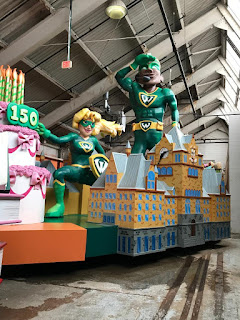 My favorite new float is by Michigan Blue Cross Blue Shield.  It depicts wellness with a large cup of tea, along with fruits and vegetables.  I couldn't resist having my picture made by the jumbo Styrofoam teacup! 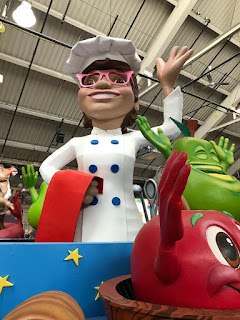 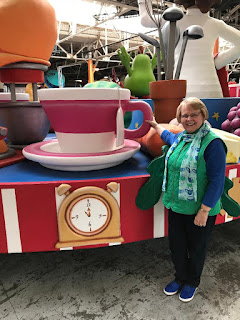 The most important float of all will be Santa in his 75-ft. sleigh pulled by nine fiberglass reindeers. 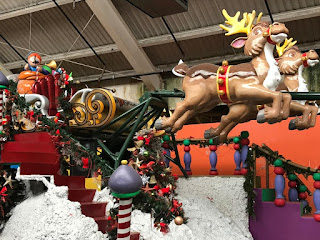 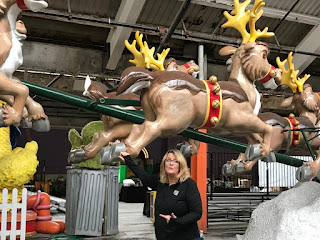 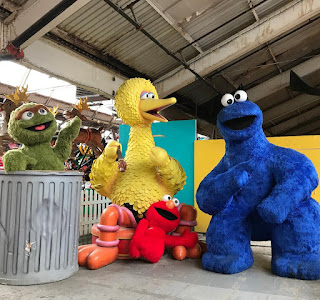 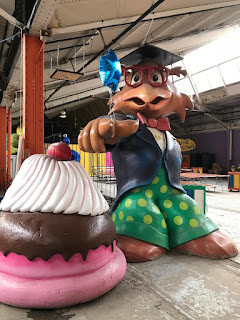 The tour ended with Sharon taking us into the sewing department where the costumes are made.  Over 3,000 costumes are stored at the studio. 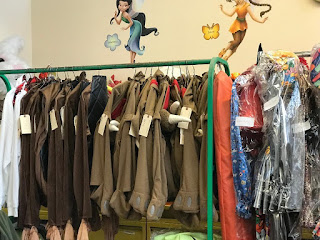 The lady in the photo below has been sewing parade costumes for over 30 years. 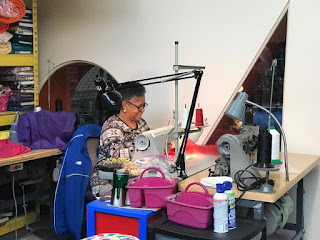 It was a wonderful tour and I highly recommend it for local readers.   For those who aren't local, I hope you enjoyed taking the tour vicariously.

Posted by relevanttealeaf at 10:14 PM